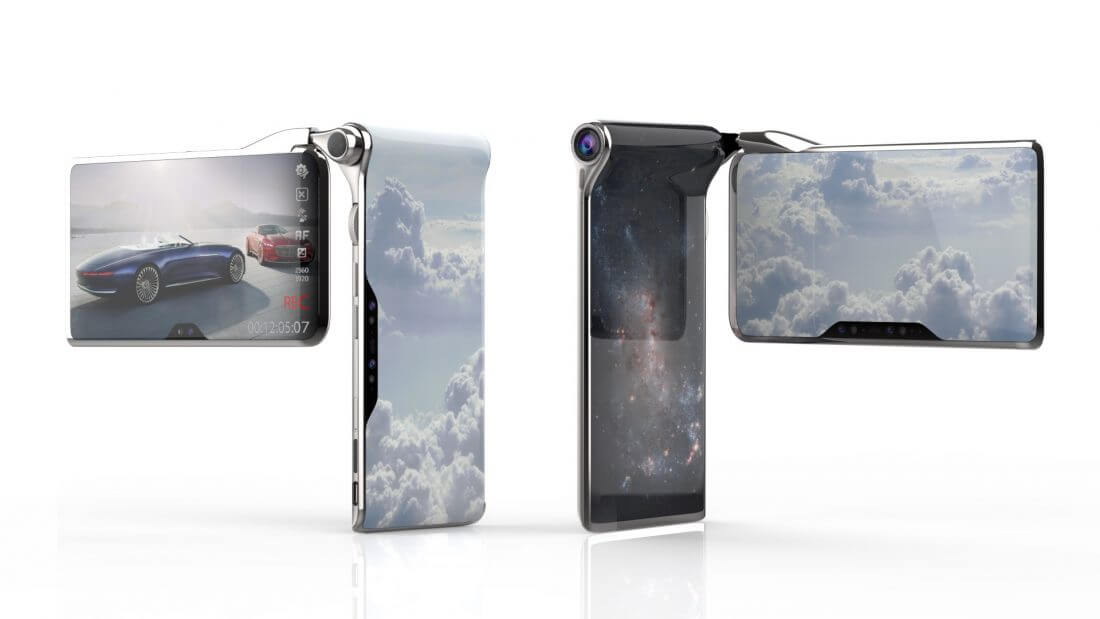 Turing Robotic Industries has been struggling for a while now. Not only did they fail to host a phone launch, but they did not even deliver a single unit of the much-hyped Turing Phone. Unsurprisingly, the company was forced to file for bankruptcy earlier this year. In spite of all these setbacks, Turing is still acting like “everything’s peachy”, promoting yet another handset, the Hubble Phone.

The company’s recently unveiled phone (named after the Hubble space telescope) has no less than three screens and it will cost more than two iPhone Xs! It’s also set to arrive sometime in the faraway future of 2020.

The phone sports what Turing calls a “multi-dimensional” screen. There’s no physical prototype of the phone out yet and we can only look at the concept renders to see how the phone will flip or swivel, because it basically has a primary screen with a secondary display. 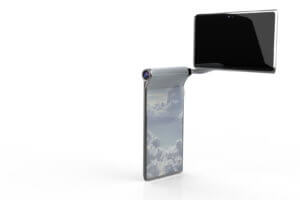 The entire setup would revolve around a 60MP main camera nicely squeezed into the cylindrical section. It wouldn’t be the only one though – Turing states there would be notches on the displays that would hold even more cameras, a 12MP dual variable aperture one and another 12MP one on the upper deck.

The hardware should run on the yet unannounced Snapdragon 855 and the company claims it would be capable of using lip reading for commands. Talk about hardware and software unicorns. 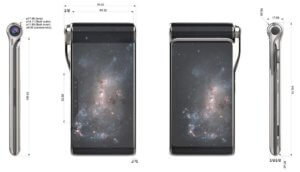 In addition, the Hubble phone would have no less than three operating systems as well. The first would be the Android P, the Turing Keplerian OS which will be featured in the top part of the phone while the Sailfish 3 OS will be present on the main deck.

The screens are reportedly 3 AMOLED capacitive touchscreen displays that measure 5.44-inches with a 5.41-inch for the top deck and 11.81-inch for the main deck.

It also claims it is going to support 5G data and an artificial reality (AfR) messaging system.

What are the odds for the phone to ever go into production, considering some of the technology they claim it will sport does not even exist? Slim. But stranger things have happened, I suppose.