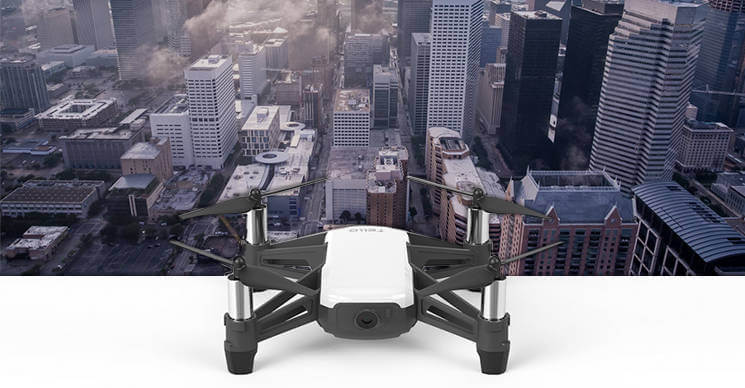 If you ever wanted to own a high-tech drone but the prices were a bit too high for you to be able to afford one, then you’ll be delighted to find out that IBM decided to give away 1,500 DJI Tello drones to the developers who enter its Drone Drop 2019 competition.

The company even expanded eligibility to residents of the UK and Spain. Last year, the contest was only open to those who lived in the United States and Canada.

“We want to see what you can do to change the world. The DJI Tello drone is more than just a cool prize.” IBM wrote.”We’ll give you code patterns to unlock its potential, and introduce you to new skills around visual recognition, AI and machine learning.”

The winners are selected at random, not by judges, so you don’t really need to be a coding expert to qualify. However, IBM does hope to see some actual results that can move the world in a better direction with the help of the drones they’re offering.

Every drone comes with its own code patterns that can be used to program it and, according to IBM “Whether you’re filming panoramic views or coding new technologies, we want to see what you’ve done.“

Even so, if you want to surpass previous contestants, you’ll have to work hard: one of last year’s winners, Pedro Cruz, created a drone-based disaster relief technology after he experienced the aftermath the hurricanes Irma and Maria left in Puerto Rico.

His technology, called DroneAID uses computer vision on the drones to locate survivors and, thanks to pattern recognition, it can get them the help they need by relaying the information back to relief workers, potentially shortening the response time from days to just a few hours.

Cruz eventually even ended up working for IBM and is now currently working on developing natural disaster relief solutions.

We’re not saying that entering the contest will definitely get you a job with IBM but maybe contributing to a better, safer world is just as much of a point of pride.

“IBM believes developers can create amazing solutions when they have the right tools,” an IBM spokesperson told ZDNet “Through IBM’s Code and Response initiative, along with non-profits, aid agencies, and local governments, IBM is putting open source technologies developed as part of coding challenges such as Call for Code in the communities where they are needed most.”