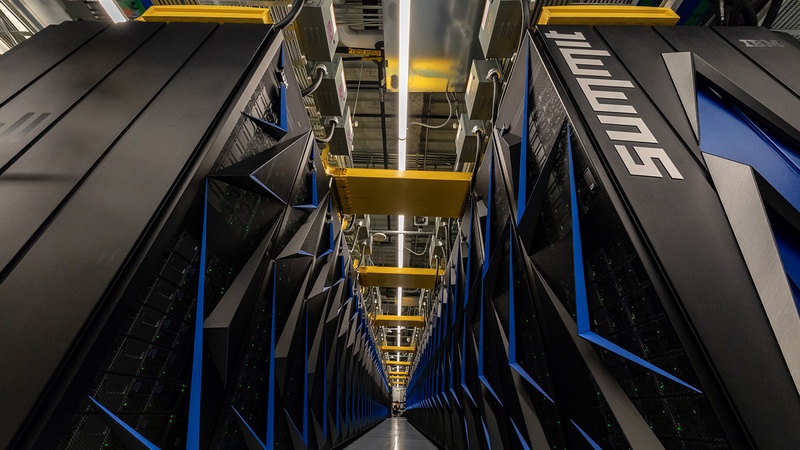 It’s official and it’s another point for the US in the computing powers arms race against China: IBM’s Summit was named the world’s fastest supercomputer.

The Summit System peaked at a speed score of 122.3 quintillion mathematical operation per second (122 petaflops), taking the Top500 supercomputer throne previously occupied by a Chinese supercomputer.

✍IBM Summit Is The World’s Most Powerful AI Machine✍

“Sunway TaihuLight, a system developed by China’s National Research Center of Parallel Computer Engineering & Technology (NRCPC) and installed at the National Supercomputing Center in Wuxi, drops to number two after leading the list for the past two years. Its HPL mark of 93 petaflops has remained unchanged since it came online in June 2016,” highlights the press release.

However, Top500 points out that, while IBM’s Summit is the world’s fastest supercomputer, the US still lags behind in the total number of supercomputers.

“Despite the ascendance of the US at the top of the rankings, the country now claims only 124 systems on the list, a new low. Just six months ago, the US had 145 systems. Meanwhile, China improved its representation to 206 total systems, compared to 202 on the last list.”

The leading manufacturer is also not from the US: Chinese-based Lenovo is responsible for creating 122 of the supercomputers. IBM is pretty behind, with 19 supercomputers, though it proudly occupies two out of the top three spots with Sierra and Summit.

✍The World’s Fastest Supercomputer Is Made In China✍

Used for research in areas like cancer, fusion energy or climate change, the Summit is as big as two tennis courts and comprised of 9,216 IBM processors with 27,648 NVidia graphics cards. All that computation requires up to 15 megawatts of energy consumption, which is enough to power 7,000 homes.