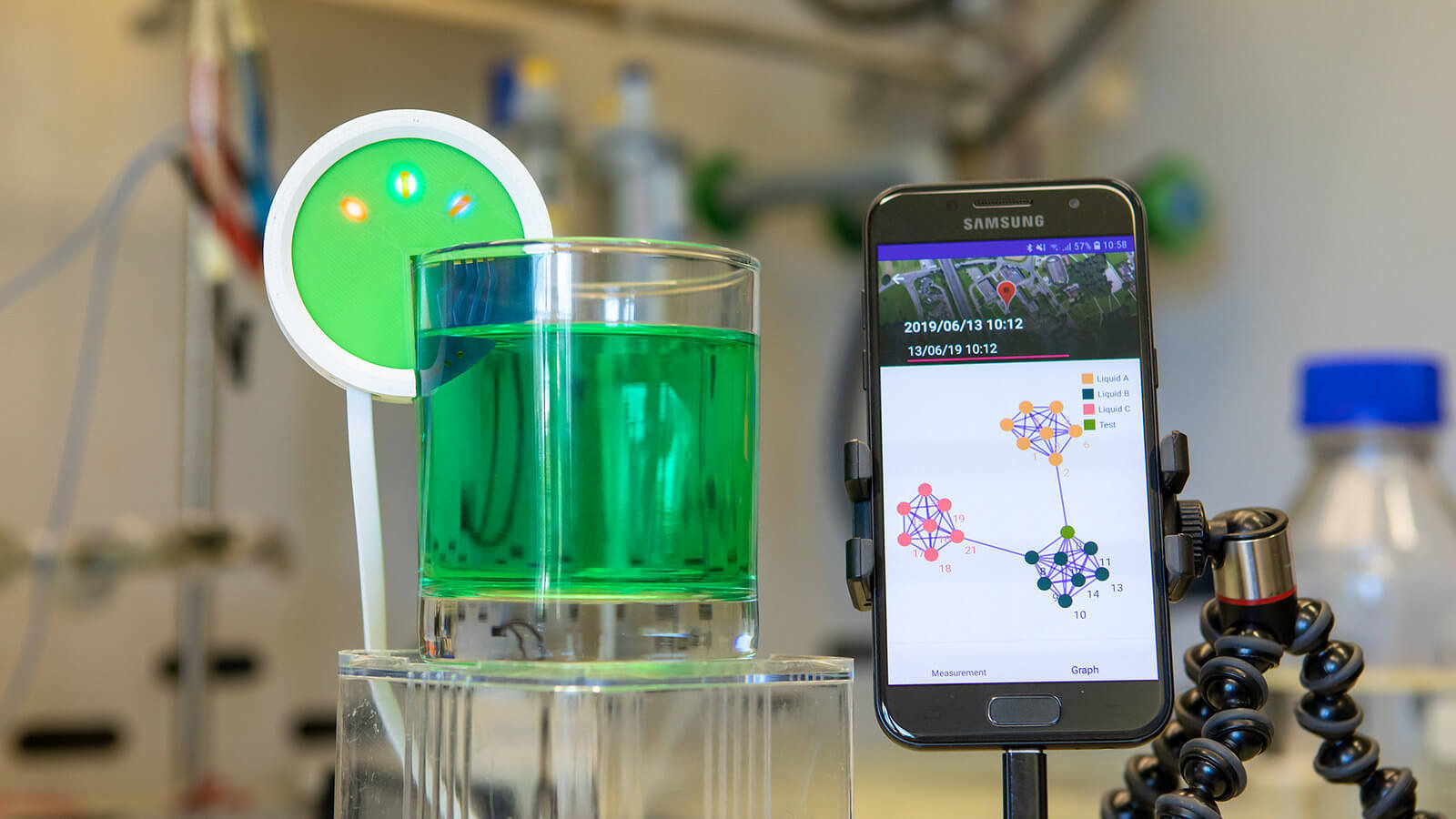 We’ve been more interested in gaining sentience from our robots and maybe a sense of touch, but very few researchers have thought about teaching our machines how to taste. However, an enthusiastic team from IBM Research thought that would be a good idea because a machine that could taste could also detect potentially hazardous contaminants in potable or waste water.

The prototype has been dubbed Hypertaste and it uses a synthetic material that features “recognition binding sites which are able to bind a molecule of interest or its structural analogous from complex sample matrices,” or in even fancier talk, a molecularly imprinted polymer. This material can copy the biological receptor sites of cells, antibodies or enzymes which in turn creates an electrical signal.

This signal can be interpreted by the Hypertaste thanks to the electrochemical sensors made up of electrode pairs. This combination creates a liquid’s unique ‘fingerprint’, so to speak, and allow the machine to recognize a number of different liquids much in the same manner a human’s tastebuds would.

“We have this array of sensors. Each of the sensors by itself is not is not very valuable because it’s reacting to many molecules at the same time,” Dr. Patrick Ruch, research staff member at the Science & Technology department for the Zurich IBM Research said. “So one sensor by itself is next to useless. But the combined response of all the sensors give you something like a fingerprint of the particular liquid that is that that it’s immersed in.”

The liquid’s ‘fingerprint’ is then sent out to a mobile device that uploads it to a cloud server where a neural network compares it against list of known liquids. The app then displays the closest match.

The machine was first tested on four types of bottled mineral water and the entire process lasts for less than a minute and is 90% accurate.

There are many ways in which a machine like Hypertaste could be used, including the pharmaceutical industry. Hypertaste’s sensors could sample drugs for counterfeit ones and, of course, it could also make sure a water source is safe to drink. It could even be used to test a person’s health or how they respond to a certain type of treatment by identifying the metabolites in their urine.

For now Hypertaste is still a prototype but IBM will continue to work on the project and expand its knowledge to even more chemical compounds, which will allow it to identify even more potentially hazardous chemicals.