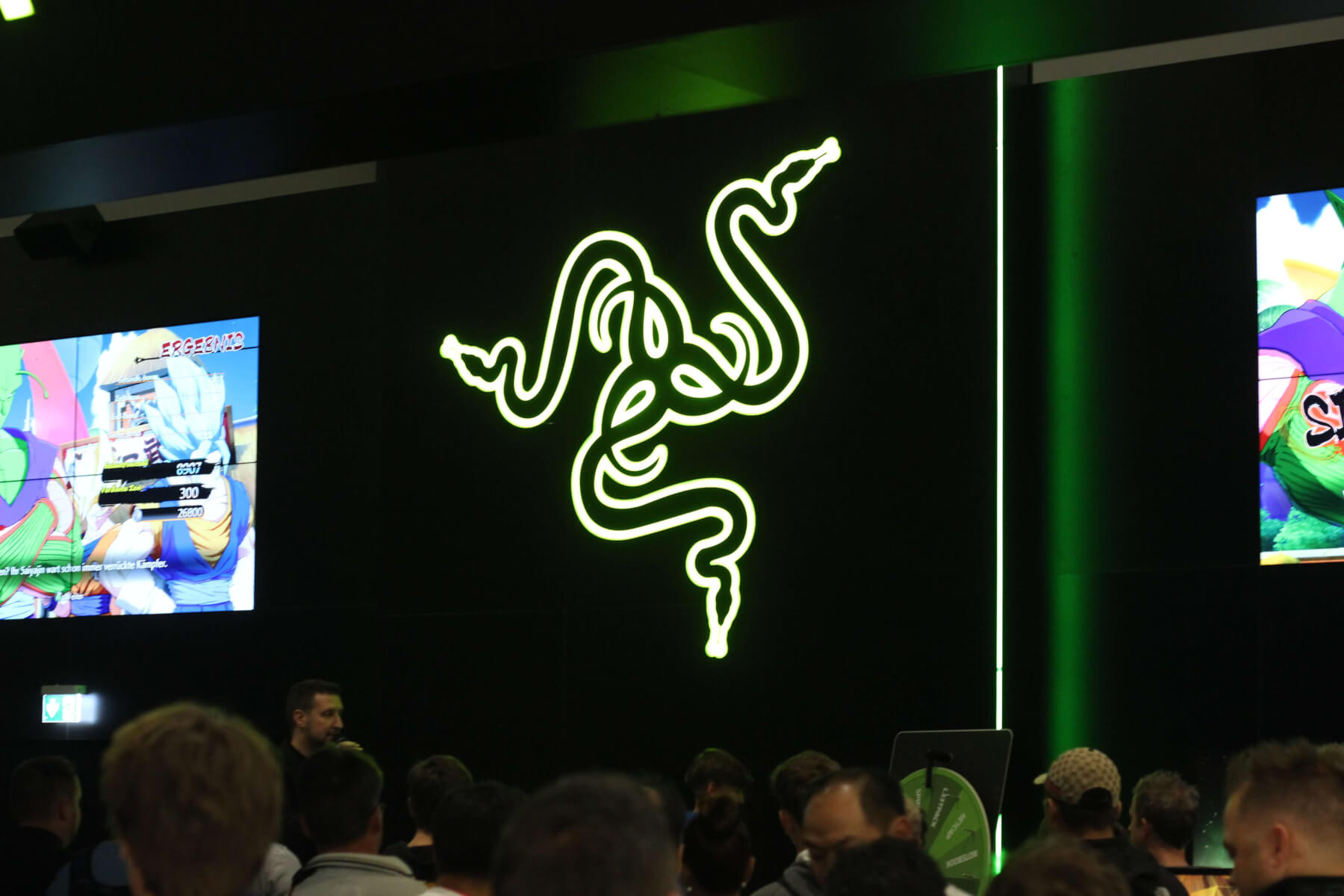 Aaand it’s a wrap for day 3 of IFA, Europe’s biggest and flashiest tech show of the fall!

As we promised, we swung by Razer to see their latest Chroma keyboard and their updated headphones. Fortunately, even though the place was packed, Razer managed to squeeze us in for a quick talk and a demo.

We also looked at the newly-updated Razer Mamba, one of their most popular mice, and furiously typed on the gorgeous Razer BlackWidow Elite, which, through Razer’s Synapse 3 app, lets you do all kinds of wonders using macros.

Featuring TSX Spatial Audio, the new Razer Kraken Tournament Edition Headphones provided a really immersive atmosphere, since they could fix on the fly the sounds of the game and the volume of the conversation on Skype or Discord, so no detail was lost. To some of our colleague’s credit, no one said that obnoxious Kraken quote, so, fortunately, Razer did actually take the time to sit down with us and show us their new lineup in detail. Stay tuned, interview coming up shortly!

After we couldn’t handle so many vivid colors in a black room, we took off and eventually got charmed (again) by Aibo, Sony’s robotic dog. 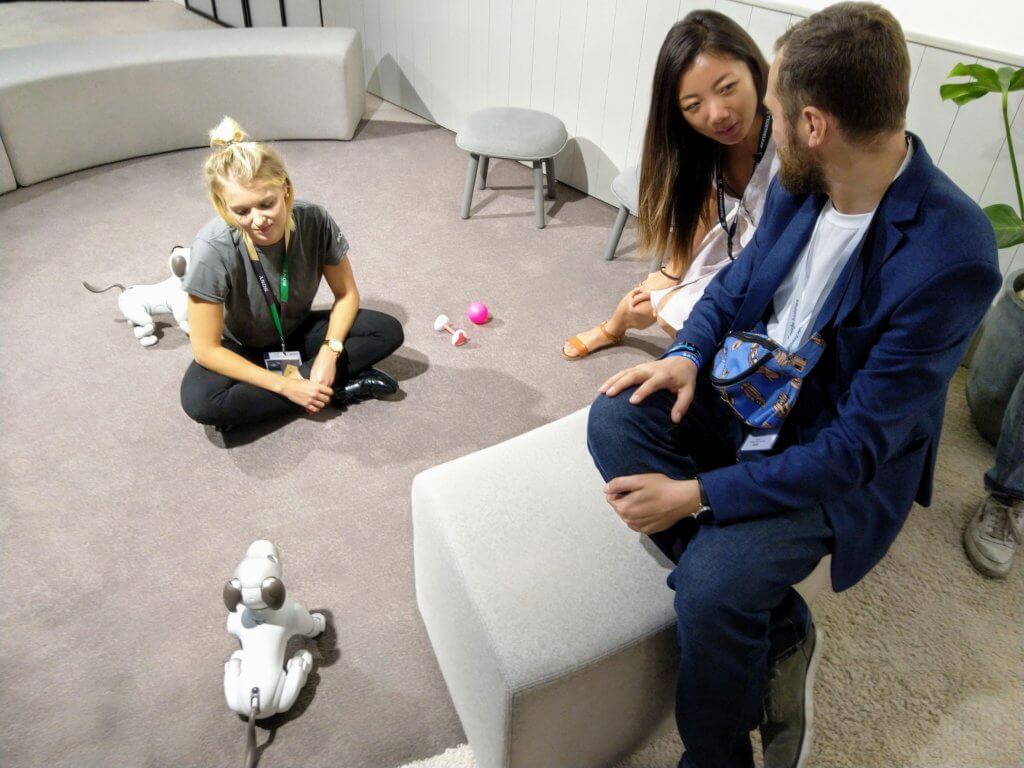 Aibo has been around the block for quite a while but just recently went on sale. Even though the price is a steep $2,899, we must confess it charmed us once again. We would have been up for adopting it if the price tag maybe dropped a nine but, as things stand right now, we had to let that puppy go. After all, we did have to go and check out the barking madness that is the Sennheiser Momentum.

After going all the way from one end to the other, which is no easy feat, we arrived by Sennheiser to see the Sennheiser Momentum True Wireless earbuds, which actually debuted at this event. There’s a reason why everyone in attendance went crazy for them, and that is the fact that they are the only earbuds that can compete with the Apple AirPods in that category.

If you look behind the slightly bulky form factor, these babies actually sound incredible. Even more than that, they do a great job when it comes to cutting out ambient sounds. That’s something that neither AirPods nor Jabra’s offerings managed to achieve so far, so that’s an impressive spec sheet for the Momentum buds.

If you want to truly get lost in sounds, these puppies are definitely the best wireless earbuds on the market. However, for biking and other activities where you do need to be aware of your surroundings, perhaps their Isolation capabilities are a bit too much. They also only provide four hours of autonomy on a single charge, so you can’t really venture far with them.

Speaking of isolation, Sennheiser also unveiled the Ambeo Soundbar at IFA, one of the best DTS:X devices we’ve experienced so far. That might have been because Sennheiser decided to bring just one unit on the showroom floor, isolating it in a soundproof cubicle where you needed an exclusive invite to get into. Comfy chairs and whiskey were available to flesh out that experience but honestly, that wasn’t actually necessary.

Once the door shut behind us, we were amazed at the way we could literally hear sounds from above or from our left, all of them produced by a single soundbar. Yue talked to one of the Sennheiser people so stay tuned, an interview where they explain how the magic happens will soon follow. Yes, she got over the food poisoning, drank plenty of tap water and is now back in action. That means she had enough energy to test the LG G7 One, LG’s first Android One offering and one of the strongest devices to feature Google’s stock OS. 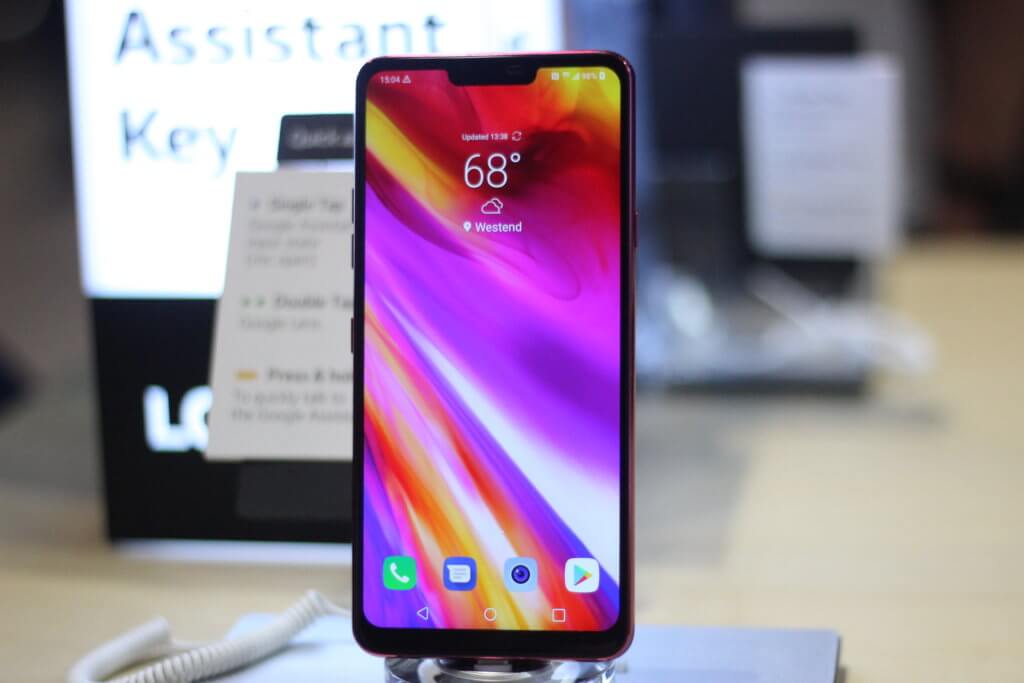 We also swung by to see LG’s army of CLOi robotic servers again but, just like yesterday, no robot porter was up to the task of helping us with our bags.

Who knows, perhaps tomorrow we’ll have better luck since we plan to find even more robots to entertain and be entertained by. Keep an eye on our