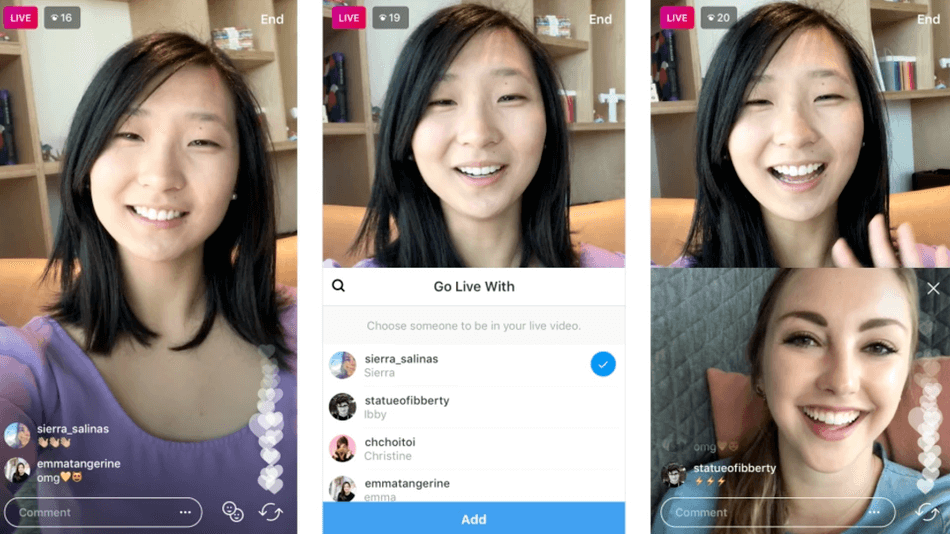 sAfter Facebook introduced live streaming, Instagram made it a digital habit. Celebrities, brands and social media influencers love to take their followers to events or to their daily appointments (even if virtually). Since it also allows their followers to interact with them, IG livestreams are all the rage. Now, Instagram plans to make them even more interactive by allowing users to take their friends for the ride #mobilemagic

On Tuesday, the social media app announced live streaming for groups. Basically, it’s a user’s chance to invite friends or followers to the discussion, both of them appearing in the same video chat.

How does it all work exactly? Well, the guest has to be following the live stream first. Once he’s added, he appears in the second screen below the first broadcast (split screen view). Both broadcasts happen simultaneously while followers of the pair can interact as always.

Of course, the guest streamer can drop out of the conversation at any time. That works both ways, too, since the first broadcaster can remove the second one just as easily. After the live is over, users can share it to Instagram Stories or “Discard” it if they want the chat gone.

While the new feature is something we’ll probably see celebrities and influencers try first, there’s no reason why the majority of users couldn’t have fun with it. Imagine talking about your favorite new TV show with your friends, taking up on YouTube-style challenges together or cooking with them in real time!