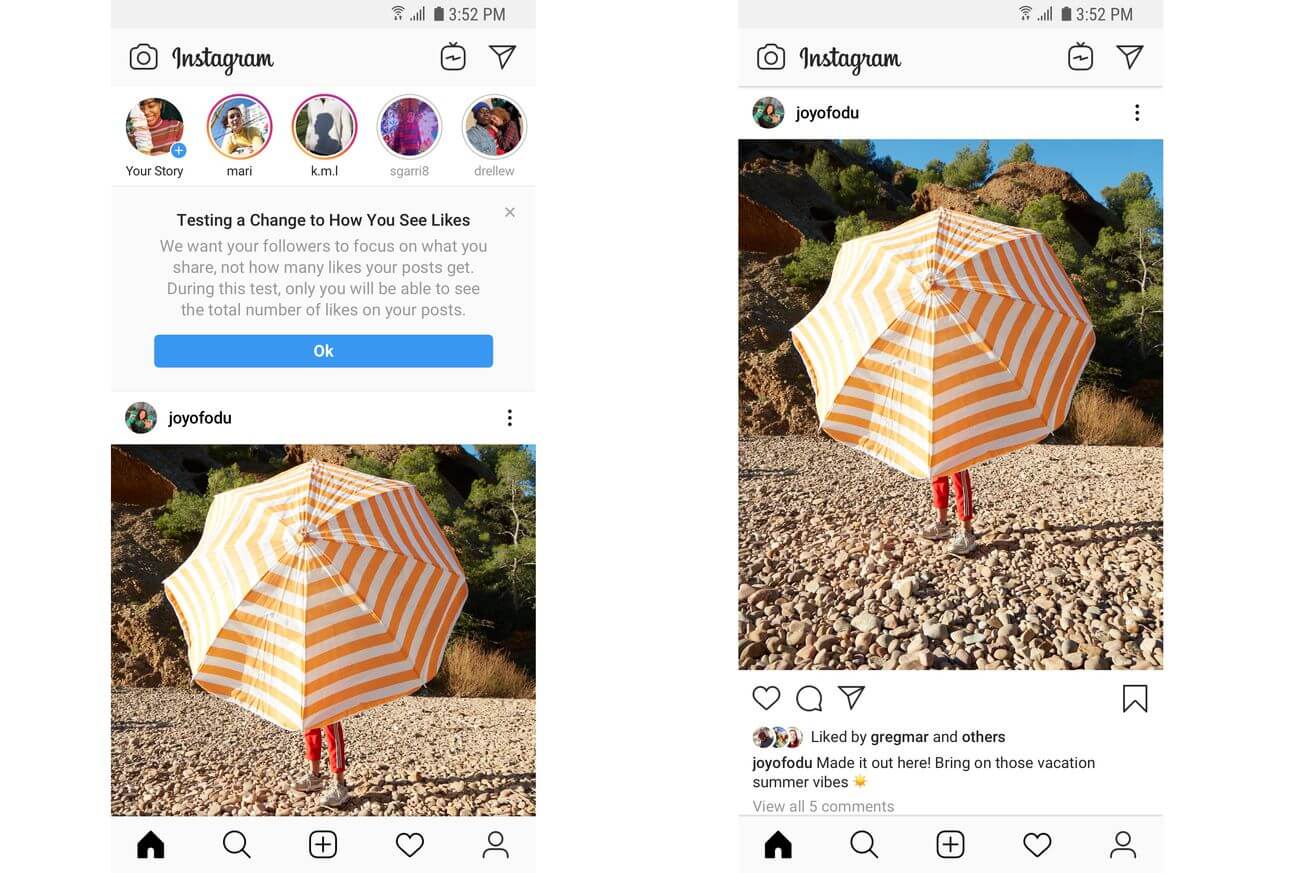 After announcing a handful of changes and new features that will be coming to Instagram such as a Create Mode and dedicated shopping tags during the F8 developer conference, there was another thing Instagram had to discuss: the issue of the ‘likes’ situation.

About two weeks ago, it was revealed by code hunter extraordinaire Jane Manchun Wong, that Instagram considered hiding the public ‘like’ counts, judging by a few pieces of code she managed to unearth from the social media platform.

Instagram now finally announced that it will start testing that feature later this week and begin hiding public like counts on both videos and photos. For now, the test will only take place in Canada with the ‘likes’ hidden in the Feed, profiles and permalinked pages in an effort to get the users to ‘focus on the photos and videos you share, not how many likes they get‘.

The only person who would be able to see the number of likes the posted content received will be the original poster themselves.

It’s unknown if the company plans to expand the test worldwide but it would be interesting to see how the users respond to it in a test that would stretch out across different countries and on different continents.

While the likes certainly encourage content creators to post more often and maintain their ‘brand’, so to speak, they have also heavily contributed to art/post theft, so getting rid of them might actually end up significantly improving the platform altogether.