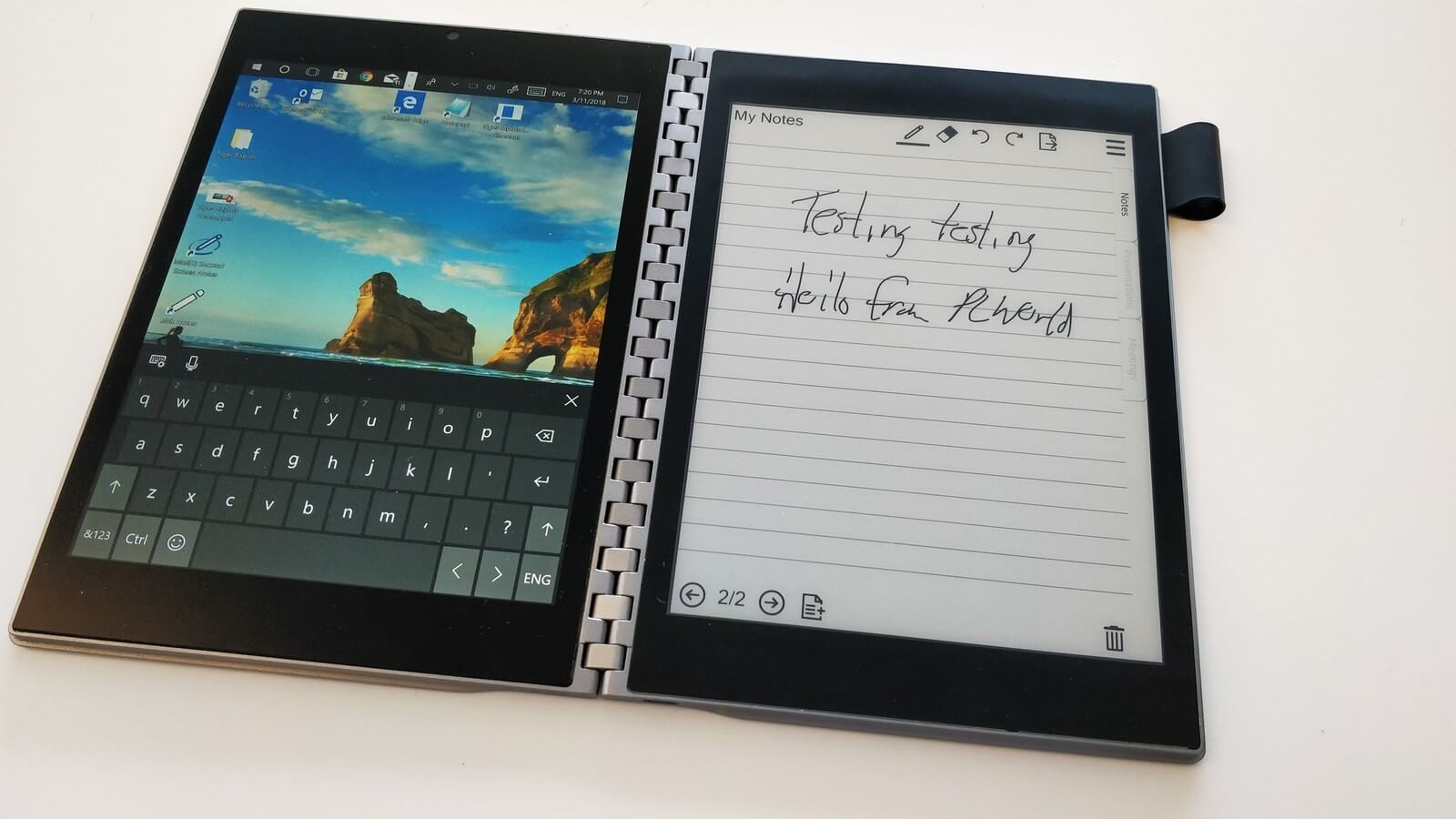 Intel has come up with a digital solution to pen and paper, while not stepping too far off from the visual aspect of it, with the Tiger Rapids dual-screen prototype, which was presented at Computex.

While the left screen looks like your average Windows PC desktop, the right one opens like a traditional pen-and-paper notebook, with a digital pen to match.

The device splits the display depending on the alignment of the screen, but it is clear that both screens serve as independent displays.

It hosts a Kaby Lake Core processor, SSD, Wi-Fi and a certain amount of memory that has been left undisclosed. The right hand screen of the Tiger Rapids is an EPD (Electronic Paper Display), so it consumes close to no power, and it is built for digital inking.

The device is purpose-built and is in the truest sense of the word a “notebook” PC. It’s not for everyone but it could find success on a niche market just as Moleskine did.

We might never see it in production (although there’s a chance they’ll bring the prototype at MWC Shanghai) and there have been no other announcements made about it. That said, it could work as the foundation for actual products that will hit the shelves in the future.