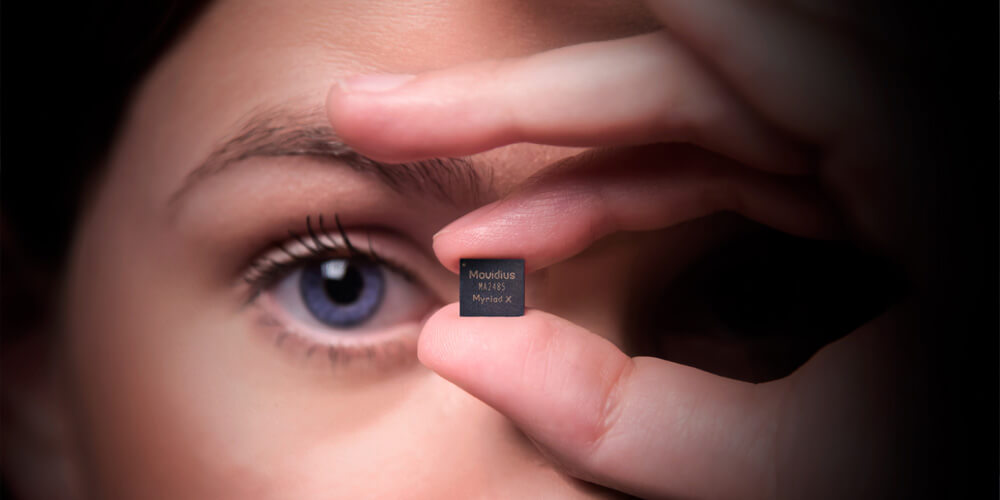 Movidius is flourishing under Intel’s wing; the company has just announced the development of Myriad X, their new vision processing unit that brings deep learning to a myriad of smart devices, including drones and VR/AR headsets #hardwaremagic

Intel and Movidius are promoting the new Myriad X as the world’s first system on chip (SoC) that can enable deep learning at the edge, thanks to a dedicated neural compute engine. They claim the chip can run deep neural networks (DNN) at very high speeds, without increasing power consumption while maintaining accuracy. Smart devices will be able to do more than see; they will understand and react in real time to objects surrounding them.

Myriad X is supposedly ten times more performant than its predecessor, Myriad 2.  It’s equipped with four more C-programmable 128-bit vector processors and MIPI lanes than the Myriad 2 and can achieve a minimum of 1 trillion operations per second. The system on chip supports 4K encoding at 30 Hz (H.264/H.265) and 60 Hz (M/JPEG). The chip boasts up to 700m pixels per second of image signal processing.

The VPU is programmable through the Myriad Development Kit and comes with a SDK that carries a neural network compiler and a FLIC framework with it. According to Movidius, Myriad X was in the works before Intel even acquired the company. It was always planned to come with  2.5MB of homogeneous on-chip memory and 20 hardware accelerators.

The announcement is definitely not surprising after last month’s launch. Then, both companies revealed a Neural Compute Stick, a USB-style device that acts as a self-contained AI accelerator and deep learning kit.