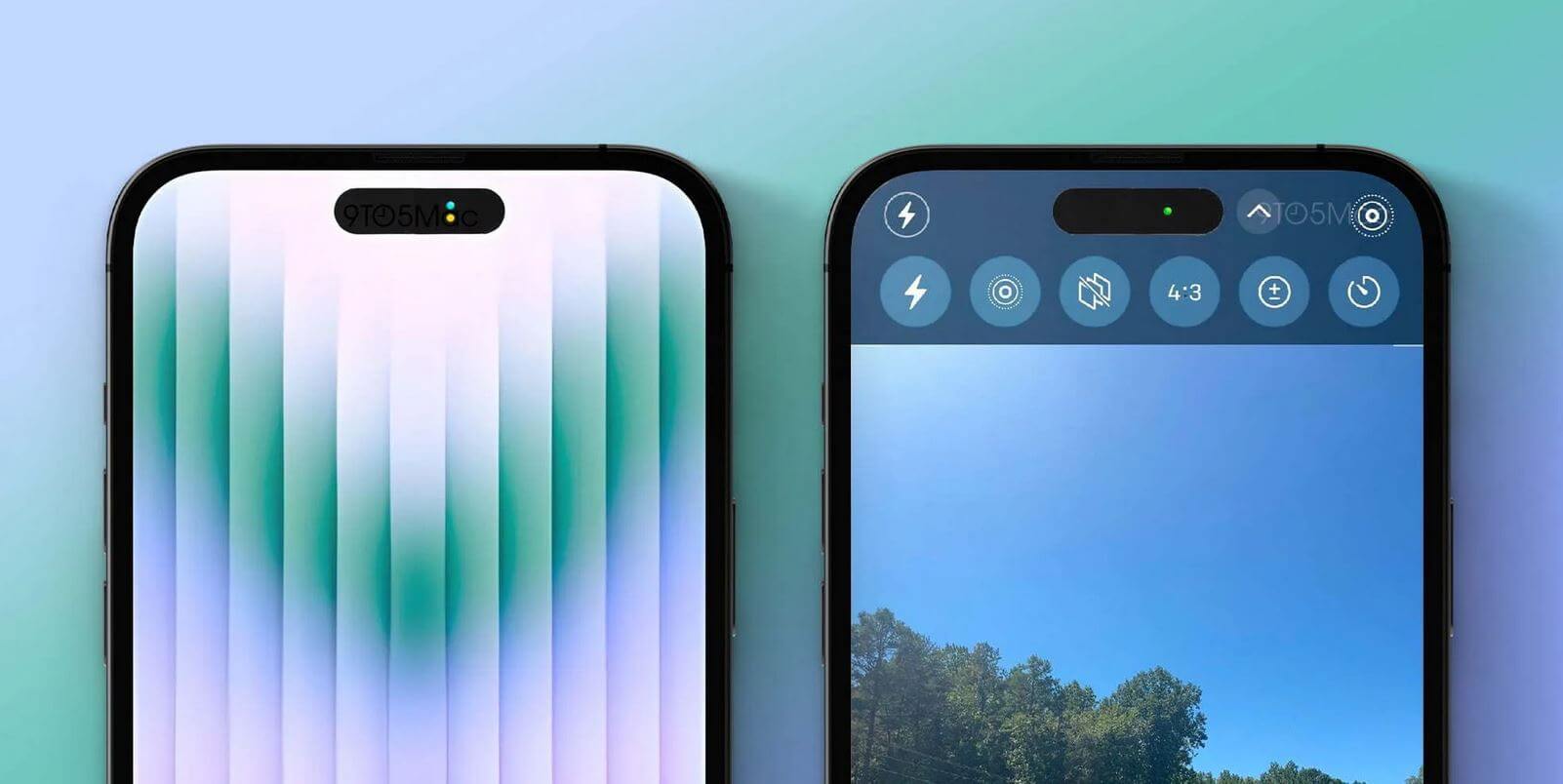 Just a few days to go before the iPhone 14 reveal and 9to5Mac already spilled the beans on a big change: the iPhone 14 Pro “will apparently use software to make the two new display cutouts look like one seamless cutout.”

The rumor is also confirmed by a Bloomberg reporter, who says that the pill and hole-shaped cutouts on the iPhone 14 display will be hidden using software, blacking out the area to make it “one wide pill-shaped cutout”.

Based on 9to5Mac’s mockup seen above, there would be a small screen space just above the new cutout, making it look a lot more obvious than the regular notch which by now people don’t even notice anymore.

Even more, the new iPhone cutout will be focused on privacy and show people a lot more prominently whether their camera and microphone are on.

Until now, there was a tiny green dot in the right upper corner to show you if an app opened your iPhone camera and a small orange dot if the microphone was in use. Now, those two dots will be moved front and center, which means people won’t be able to miss if an app accesses their privacy.

If the rumors are true, which is very likely, we look forward to Samsung’s response, since they love going after Apple.

After all, the company wasted no time to mock iPhone and launched an ad trolling Apple just yesterday.

Exactly What Is RealityOS? All You Need to Know About Apple’s New Ecosystem