Hollywood is truly fast-paced but there’s no doubt that this Lamborghini Huracán can keep up with filming demands. We’re talking about a one-of-a-kind, $200,000 supercar that has been upgraded with a gyro-stabilized camera on the front, bringing its total value to $500,000 and gaining the name “world’s fastest camera car.”

Camera platform-makers Incline Dynamic Outlet decision to outfit the Huracán with the camera was based off of the car’s initial power. With 500 horsepower and a 5.2-lite V10 engine, it can reach a speed of 201 mph (323 km/hr), being able to capture incredible footage at top speeds. 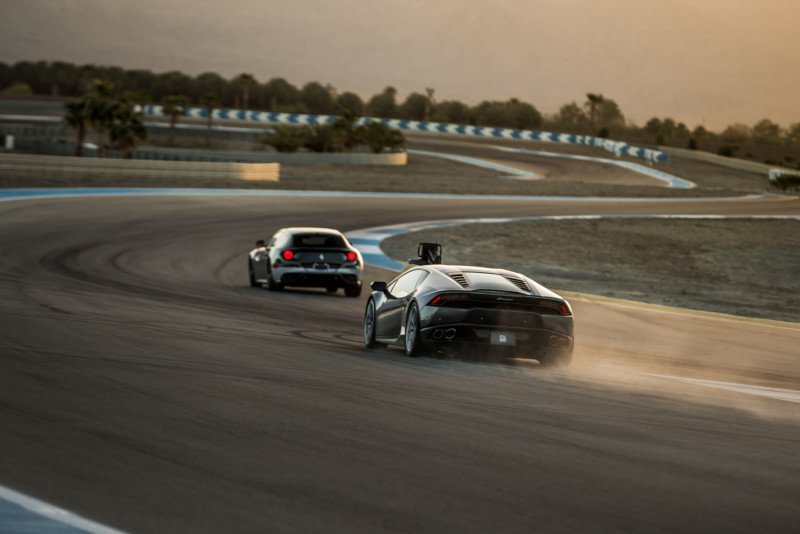 The speed of the Huracán was necessary: “What happens when you put 1,600 pounds on an SUV and try and run at track speed while filming the world’s top cars? Up to 60 miles an hour if you’re lucky,” explained co-founder Nathan Garofalos told Petapixel. This camera setup can now go faster than any other camera-rig setups.

Right now, Incline Dynamic Outlet says they’re swamped with requests to use the affectionately-named Huracám to film car commercials and even Hollywood blockbusters.