Lamp Uses Gravity To Light Up Homes In Africa - TechTheLead 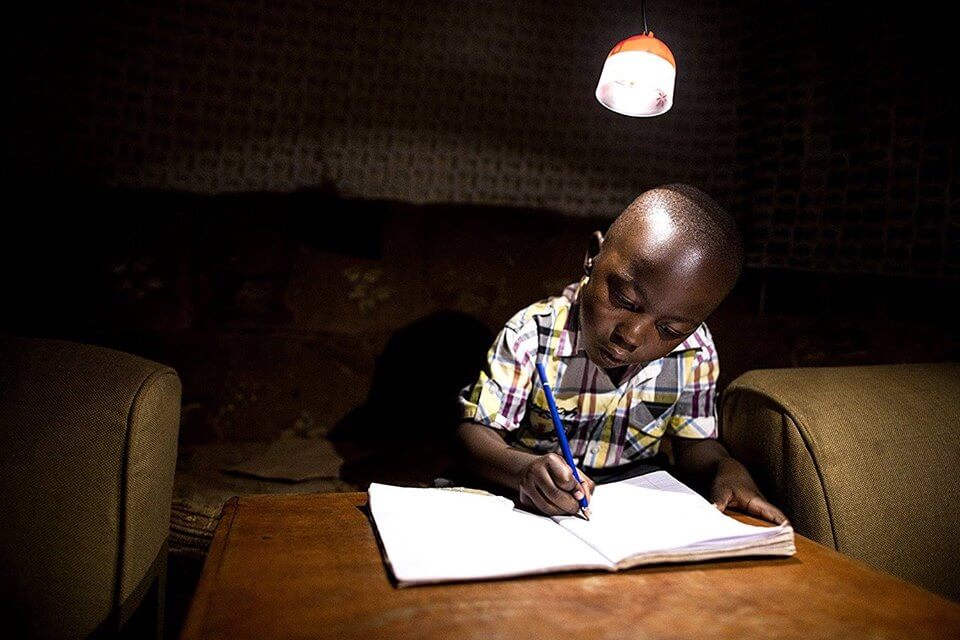 We’re talking about bezel-less smartphone, autonomous cars and artificial intelligence on a daily basis. But in other corners of the world, hundreds of families are struggling to live without electricity, forced to use kerosene lamps or nothing at all. The daunting reality has made one team work for a better future and create a lamp that doesn’t need batteries, sun or electricity to illuminate… just gravity #objectmagic

GravityLight started as a crowdfunding project and evolved into a product of its own, with an assembly line in Kenya. The concept was simple: produce light with zero emissions, without the need for gas or electricity.

In order to do that, the creators used the power of gravity. To power the lap, you just has to take it out of the bag, put a 12kg weight (stone/sand) in it and pull it up. During the descent, the lamp would offer 20 minutes of light. Better yet, it would be five times brighter than a kerosene lamp.

“This movement powers a drive sprocket, which rotates very slowly with high torque (turning force). A polymer gear train running through the product turns this input into a high-speed, low-torque output that drives a DC generator at 1600 rotations per minute. This generates about a tenth of a watt to power the onboard LED and two SatLight LEDs. Together these produce a light more than 5 times brighter than a typical open-wick kerosene lamp.”

After collecting feedback on the first model, GL02 appeared. This is easier to use, brighter and provides light during charging, claim the founders.

After the product was successfully crowdfunded on IndieGogo, the GravityLight Foundation teamed up with Shell and reached 50 communities in Kenya through a nation-wide roadshow.

What does the future hold for them? Well, their goal is to scale up GravityLight internationally and reach the 1.2 billion people living without electricity.