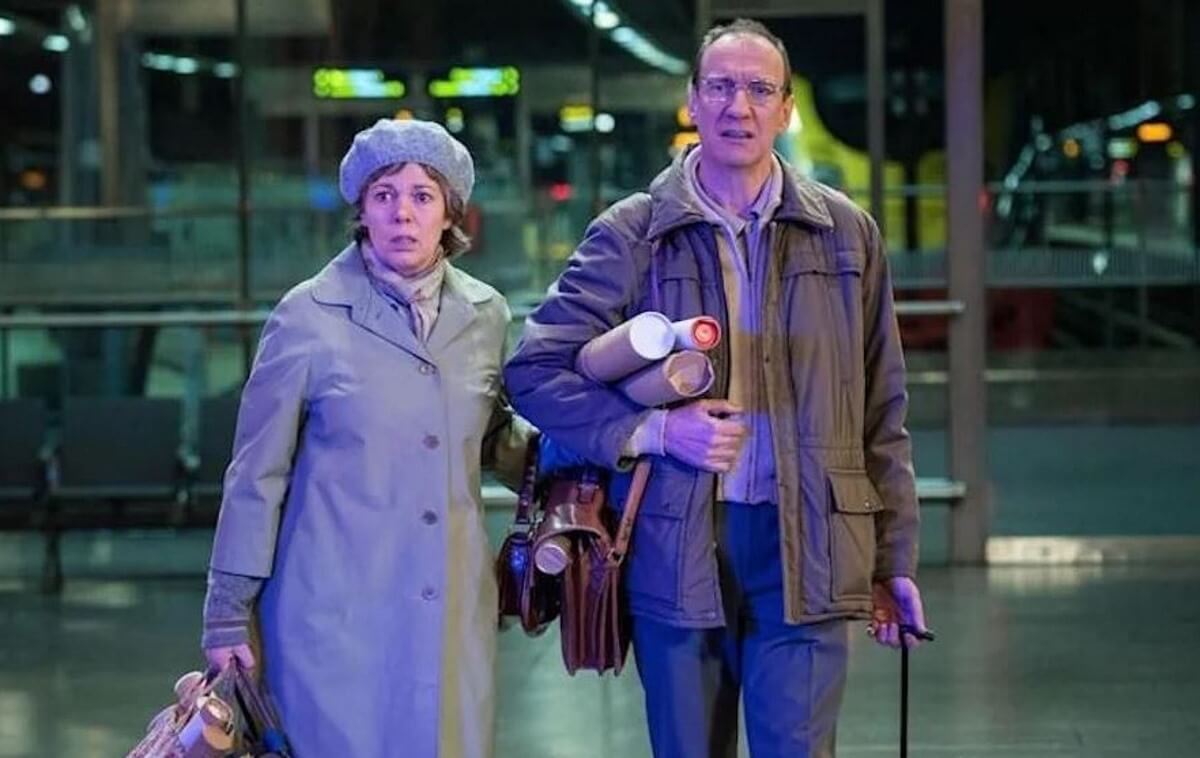 Looking for the hole left by Mare of Easttown in your crime shows?

I got something fresh that will definitely keep you hooked. It’s called Landscapers and it just debuted on HBO Max, featuring the always awesome Olivia Colman.

To be honest, if it wasn’t for her in the thumbnail, I’d have skipped this entirely and went on with my Hallmark Christmas movie marathon on TiVo Stream 4K.

This little baby has the best stuff to get you in the Christmas zone, from cheesy and heartwarming Hallmark classics to stuff like Bad Santa for when you’re feeling like a Grinch.

Fortunately though, it knows me better than I know myself, so it also recommended Landscapers. Here’s why you should watch this new HBO series, a true crime hit!

And here we are, with a 4 episode mini-series that scratches the true crime itch and also adds a nice amount of dark comedy on top. I’ll start off with a review then recommend a couple more great shows that are perfect for cold winter nights

Landscapers is the story of Susan and Chris, two rather quiet characters who look like everyday middle-aged Brits but hide a dark secret. You see, they killed Susan’s parents, buried them in the backyard, and are now living off the money those parents got from the government.

We first meet the couple living cozy lives in France but, a few minutes later, we realize all is not well in the land of croissants. Chris and Susan are on the run from England and they’re running out of money fast because Susan keeps buying Hollywood collectibles.

Because Chris can’t find a job, he decides to call his step mom, Tabitha, to tell her, and I quote, that “they’ve done something QUITE dumb”.

He asks Tabitha for money and, in the dumb dumb action of the century, tells her that he buried his in-laws in the garden. Of course, Tabitha calls the cops and it’s the beginning of the end for this couple.

Susan and Chris’ time in France is somehow both incredibly bleak and uplifting at the same time, since the couple is obviously in love, and their scenes are made even more hard-hitting by the contrast with what’s happening in the UK, as the police get closer and closer to the truth.

And speaking of truth, Landscapers is a true story, following two people who were arrested in 2014 and sentenced to 25 years in prison. Susan was arrested for murder and Chris for aiding and abetting her.

The murders happened in 1998 but the couple hid them so well to cash in pension checks, so the bodies were only found in 2013, fifteen years later.

Chris and Susan wrote letters pretending to be Susan’s parents but eventually that didn’t work anymore, so they eventually had to move to France to cover their tracks.

What makes this series great isn’t the mystery but the characters and their different motivations. Olivia Colman is pure awesome once again as Susan, a woman  driven by emotions and imagination, and Ed Sinclair is also fantastic as the dedicated husband who wants to protect and make her happy.

The series cleverly shows the murders from two different perspectives and mixes them perfectly – you can look at them killing her parents as a crime driven by greed or you can see it as a twisted sort of love. Either way, it has moments where it will make you laugh out loud, in a twisted sort of way.

And, if you want more crime TV like this, you could get yourself a TiVo Stream 4K to find all the best shows from all the streaming apps, especially since it’s now under 30 bucks. It’s a perfect gift for friends and family, since it won’t break the bank.

Here are just a few awesome shows I found thanks to it, that I’m sure you’re gonna love too.

First off, if you can’t get enough of Olivia Colman, try looking for Flowers.

This TV series ran a couple of years ago and it’s a dark comedy unlike nothing I’ve seen before – if you don’t count Thanksgiving dinner, that is.

It’s about the Flowers family, as eccentric as they come, but incredibly charming and funny. The two main characters, Maurice and Deborah, are on the brink of divorce and the only thing keeping them together is their twin kids…and a totally crazy mother-in-law.

But if you want true crime stories, there’s a documentary that just hit HBO Max you simply shouldn’t miss.

It’s called The Slow Hustle and it’s the story of Sean Suiter, a Baltimore police officer whose death is still unsolved to this day.

It’s made by actor and director Sonja Sohn, who you know as Detective Kima Greggs from The Wire, and it’s a riveting puzzle from start to finish.

But if you want true family drama, deception and all the good stuff, check out Dirty John.

This 2018 series flew under many people’s radar and it’s a shame, since it has a great true crime story and a star studded cast.

Connie Britton, Eric Bana and Christian Slater turn in top performances in a story as old as time but somehow incredibly fresh.

Dirty John is the story of how Debra Newell has almost everything. She’s successful, she lives in a great city and she’s gorgeous. The only thing missing? She’s four times divorced and wants love. That’s when John, played by Eric Bana, steps in. His charm sweeps Debra off her feet but there’s a lot more to him than meets the eye. He’s basically an onion, he has so many layers of psychopathy.

This is a fantastic con man story and, as a bonus, there’s a second series too! I thought Dirty John couldn’t get any better but the second season brings a fresh new story, featuring Amanda Peet, and seriously ups the ante.

What about you, what do you think is the best true crime show ever? Drop your recommendation in the comments and let’s talk. And, while you’re there, please hit like and consider subscribing to my channel if you haven’t already – it helps me bring you more stuff like this!