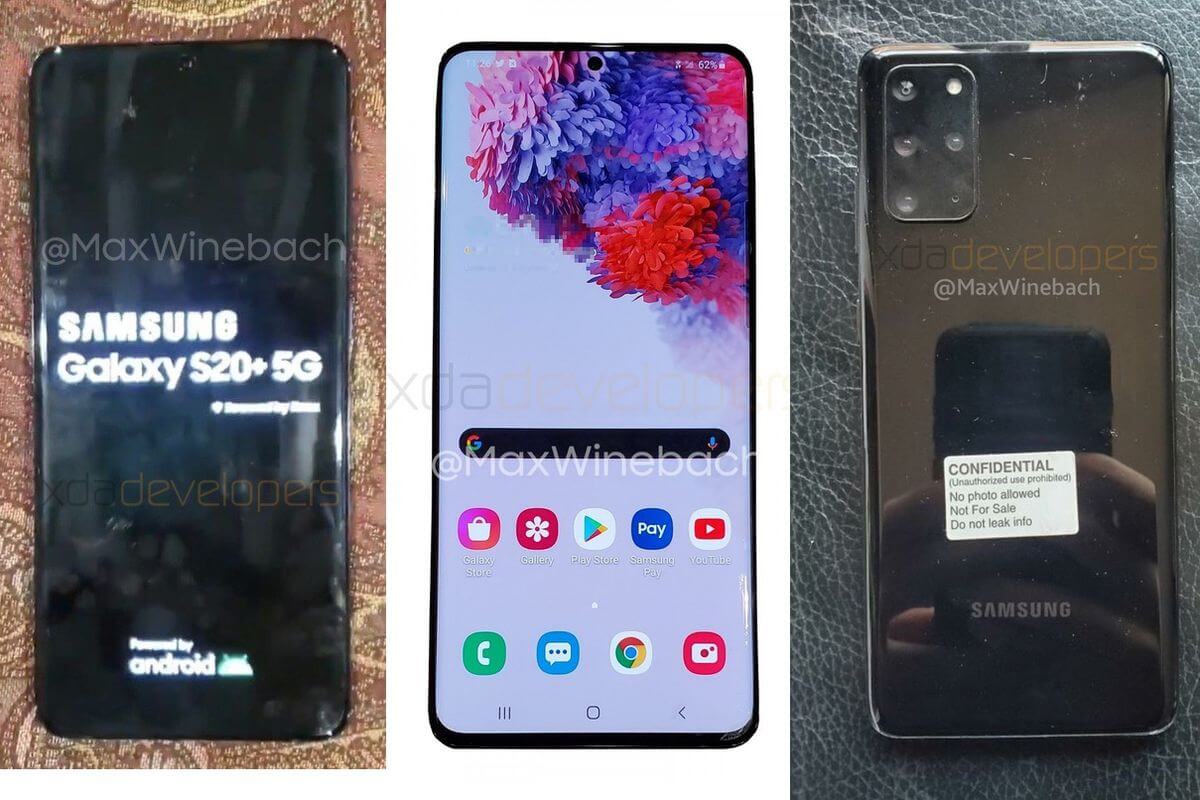 XDA Developers just published the first real-world shots of the Galaxy S20 Plus, and the rumors have confirmed, the company is making a big jump from S10 to S20.

After all the rumors, the photos confirm the handset named Galaxy S20 Plus, suggesting a trio of handsets, as well the startup screen confirming the name. We’re thinking the company started branding their phones by year, hence the big transition from S10 to S20.

The photos also indicate the front of the handset has a center hole-punch cutout that reminds us of the selfie shooter on the Galaxy Note 10. According to the same source, the upcoming S20 Plus feels largely flat.

On the back we can see a sticker pointing out ‘no leaked info’, while we notice the handset’s big camera array, supposedly integrating a regular wide lens, an ultra-wide, portrait, and a macro lens.

The Galaxy S20 line will be officially unveiled at its Unpacked event on February 11th.