Let's Listen to InSight's Playlist: The Sounds of Mars 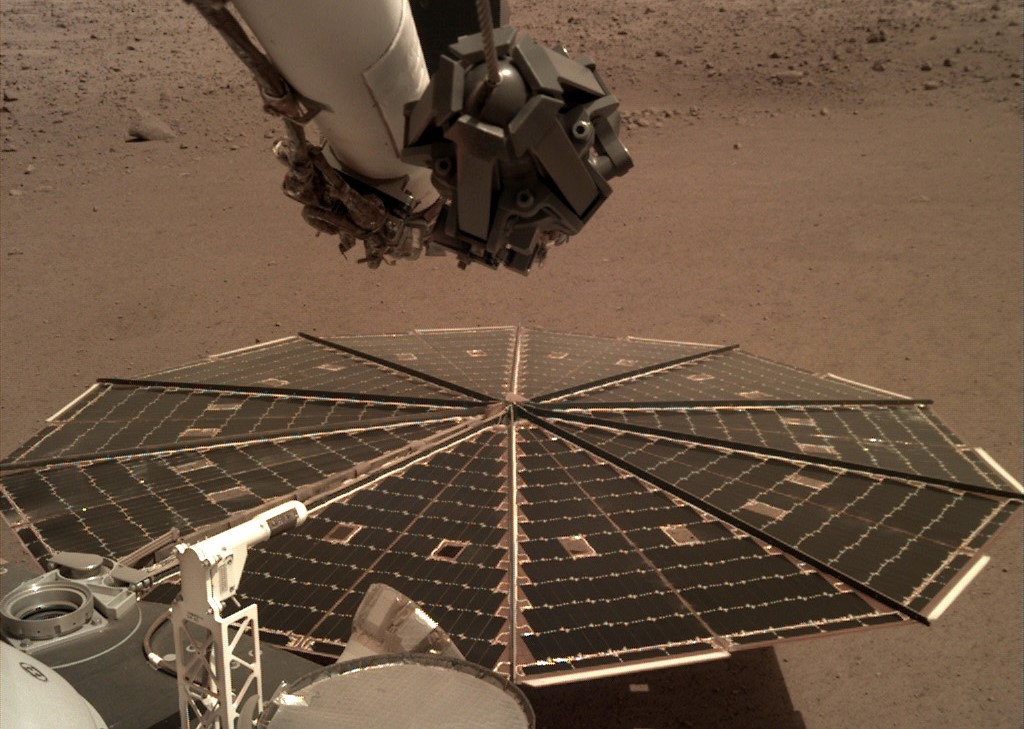 The InSight Lander touched Martian soil just a month ago and it has already started working diligently towards it smission – it even sent us a selfie. The latest piece of news we have from the lander is a bit different though: InSight has sent NASA a song.

Well, to be more exact, the song of how the Martian landscape sounds like. The recording comes from two of InSight’s sensors, which were not even intended to be used to sample sound in the first place.

NASA used InSight’s seismometer to measure the vibrations coming in from the solar panel array. The sound is just below the range of human hearing, so you’ll have to blast out your headphones in order to hear it but NASA released the video below, where they tweaked the original recording by two octaves.

The other sensor used to record the sound was the lander’s air pressure sensor, which recorded the vibrations in the air.

“Capturing this audio was an unplanned treat. But one of the things our mission is dedicated to is measuring motion on Mars, and naturally that includes motion caused by sound waves.”

This was the only time that the seismometer was able to make these recordings – in a few weeks, it will be placed by InSight on the Martian surface and subsequently be covered by a shield that will protect it from both the wind as well as the shifts in temperature.

Though this is the first time we hear the sounds of Mars up close and personal, we’re quite sure this is not the only surprise InSight will deliver during the course of its mission.