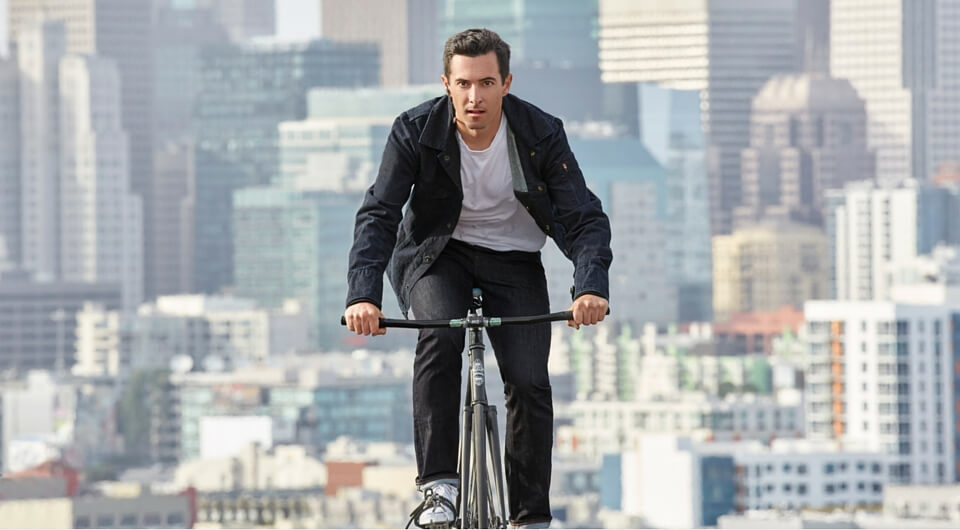 The Commuter, Levi’s first smart jacket powered by Google, is going to hit stores this fall. Project Jacquard is the first of a series of innovations from Google’s Advanced Technology and Products group #objectmagic

The ATP group’s mission is to make everyday objects, including clothes, react to human touch and trigger actions of their own. The Commuter, which looks like the average Levi jacket, hides its smarts in the removable cuff. There, on the left sleeve, there are 15 threads sensitive to touch. The wearer simply has to interact with them using motions it previously saved in the companion app. Project Jacquard app is extremely user-friendly, in a drag-and-drop fashion.

The conductive fabric is only visible to the wearer, keeping the jacket’s stylish, discreet appearance. By using swipe or double tap, a wearer can find out the time, reject or accept a call, even pause a track, among other functions.

A Bluetooth device detaches from the removable cuff when the smart garment needs to be charged. According to Google and Levi, its battery should last about two days. You can take advantage of the charging periods to take off the special cuff and put the jacket in the washing machine – it won’t spoil the mechanism in any way.

If you want to not only act, but look smart this fall, check out the Commuter in Levi stores at the price of $350.