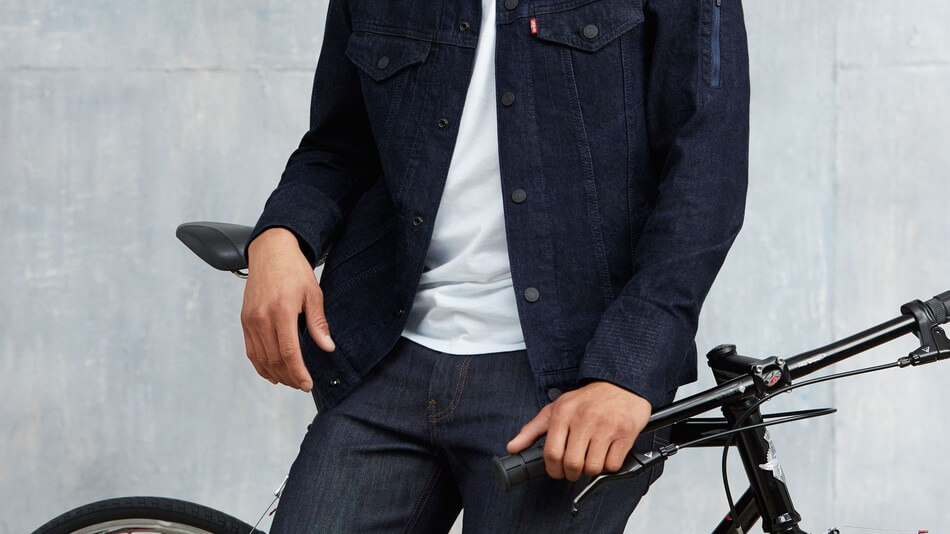 This spring, Levi’s and Google announced Commuter, a smart jacket for the tech-savvy denim user. Project Jacquard, as the companies named their partnership, evolved in these past few months and is now ready to go on sale #objectmagic

If you remember, the Commuter was designed as a classic denim jacket with one ace up its sleeve. Well, in this case, one Bluetooth dongle up its cuff. This one connects the wearable with a companion app, where you can set the functions of the piece of clothing.

See, the removable cuff has touch-sensitive threads. By interacting with them, you can find out the time, answer or reject calls and interact with songs. Basically, you can control the phone from this point on your jacket, by using one of four different gestures associated with a function.

But wouldn’t that go awry once it’s in the washing machine? Not really, Levi’s and Google have worked hard at ensuring that the circuitry can resist those conditions.

So who would buy this $350 jacket? Well, it mostly targets bikers, since they can’t really swap playlists, read texts and answer calls while keeping their eyes on the road. But anyone who loves fashion and technology should check it out.

The Commuter starts going on sale on September 27th and will be available on the brand’s website starting October 2nd.