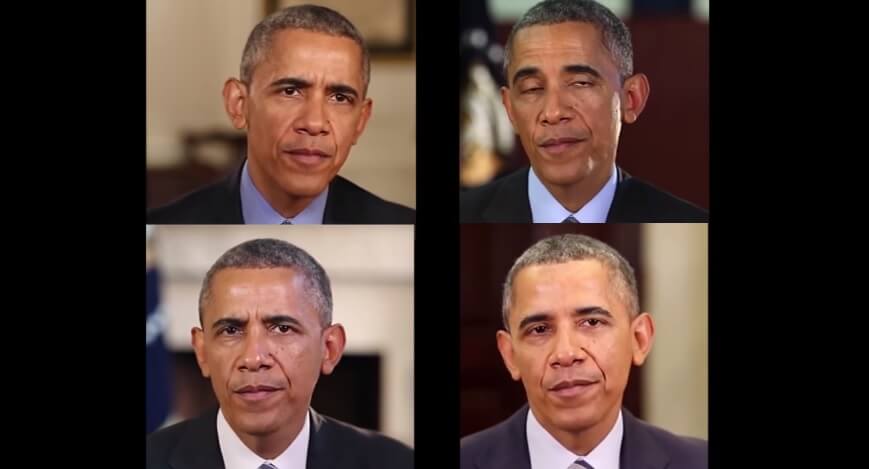 Lip syncing YouTube videos are old news by now. Even though they’re funny, the replacement of original audio with fake one is painfully obvious, although hilarious, no less. But researchers believe they’ve found a way to make humans oblivious to that uncanny valley and convince us that computer-generated speech belongs to the person we see on screen #machinemagic

A team from University of Washington developed a very advanced lip syncing technology that can be used to create videos where subjects say whatever the computer tell them to say, without needing to be in the studio and record the voice.

To prove their theory, they used available media with Obama – from interventions on camera to audio speeches recorded years ago. Their machine learning program studied Obama’s mimic in order to match it afterwards with custom speech rendered in his voice. Basically, they obtained the power of making the former President of the United States say whatever they wanted him to say… and look convincing, in the same time.

After learning how his facial muscles moved upon pronouncing certain words, the algorithm could trick viewers into thinking they were actually listening to the real Obama speak:

As mesmerizing as that is, in the wrong hands this could destroy a person’s reputation and mislead hundreds. The worrying part is that the Washington team isn’t the only one working on such technology. In fact, before they made their achievement public, engineers from Stanford revealed how, with the use of several webcams and facial recognition ,it was possible to impersonate world leaders.