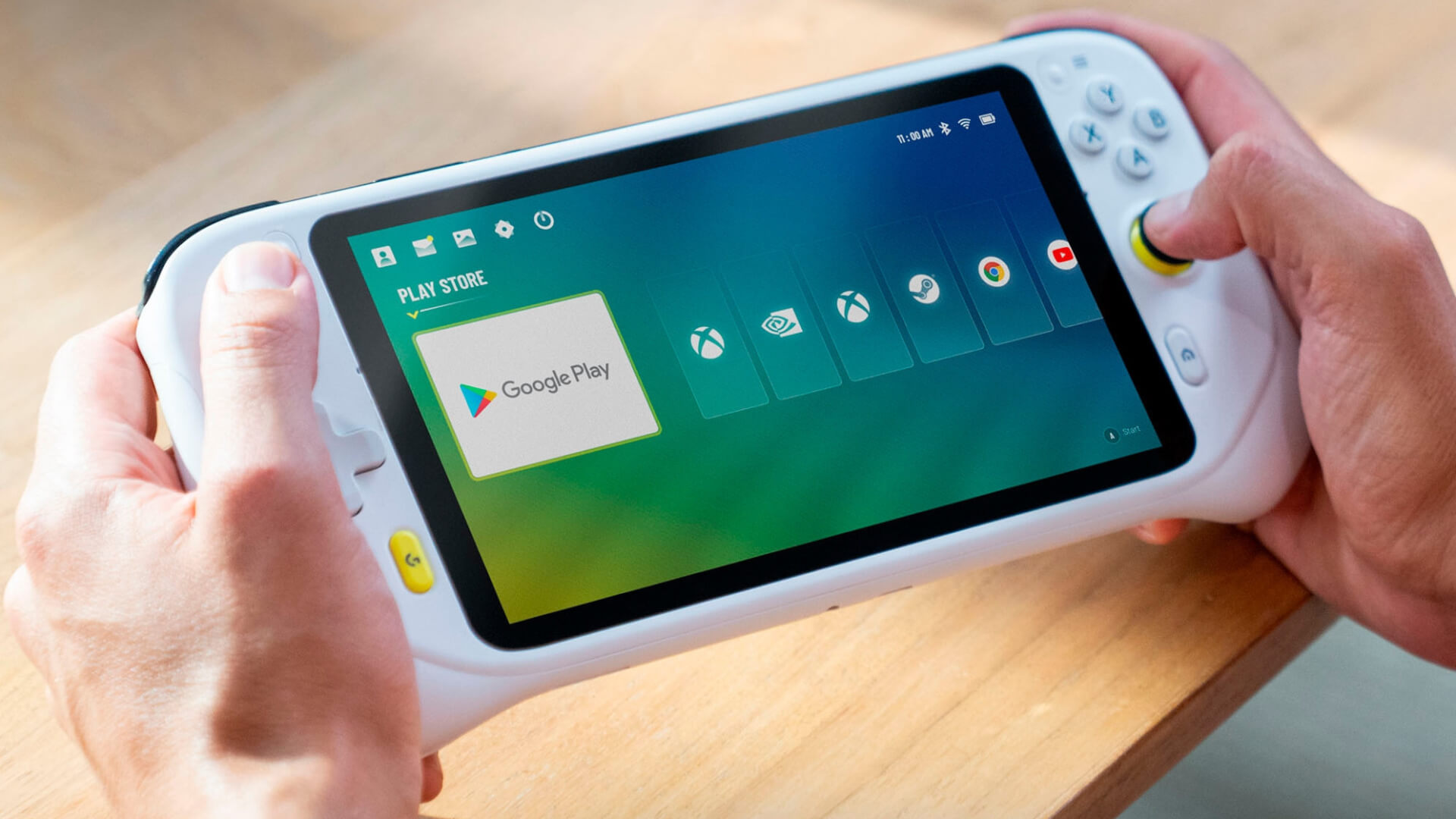 Logitech announced earlier this month that they’re partnering up with Tencent for a “cloud gaming handheld” and asked people to sign up to be the first to find out more about it.

Now, images have leaked, courtesy of Evan Blass, and we’re looking at a Switch-like console.

As many would have expected, the Logitech G console keeps the Nintendo Switch-like design, the same Valve used for the Steam Deck, but goes for a super-minimalistic white look with black accents.

There are all the buttons you’d expect, from the D-Pad to the X/Y/A/B combo, plus trigger buttons on the top edge, as well as a volume one.

The user interface is also streamlined and showcases exactly what a gamer might want from a handheld console. You have icons for Xbox Cloud Gaming, Nvidia GeForce Now, Steam Remote Play and, of course, the Google Play Store front and center.

Since Google is featured so prominently, with cards dedicated to YouTube and Chrome, it’s clear that the Logitech G Gaming Handheld runs Android.

As for hardware, right now we’ll have to settle for the looks, since Logitech has kept silent about what’s under the hood.