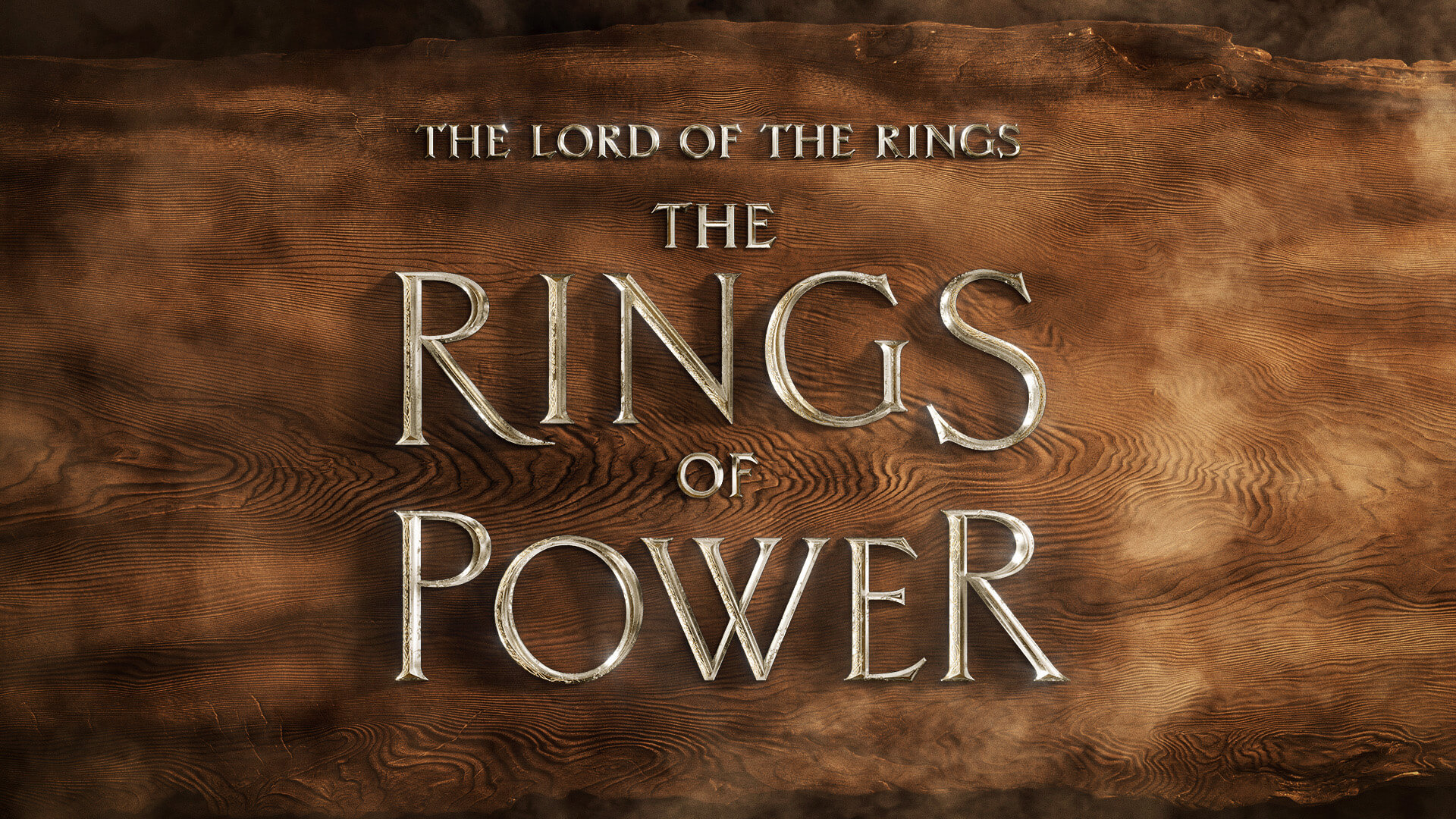 Are you ready for Rings of Power, Amazon response to Game of Thrones? Finally, the first trailer for the Lord of the Rings series dropped and boy, does it raise some questions.

Let’s do a trailer breakdown and see what we know so far – from the scenery and the cast to major plot points.

Amazon Lord of the Rings: Rings of Power Setting

Since Rings of Power is set thousands of years before Lord of the Rings, there’s bound to be many new characters – but we also have some returning superstars.

And, since Amazon only has the rights to the second age, like I was telling you before, that means the characters we DO know won’t have too much of a story.

You’ll see what I mean in a minute, when we get to Galadriel’s action scene.

But let’s start from the beginning and see what each scene reveals.

Lord of the Rings: Rings of Power Trailer Breakdown

The opening scene is definitely one of Numenor’s ports, since you see a huge statue like the ones in Argonath from the trilogy. It’s a short shot but it does wonders to set the stage and reveals that Amazon tried to keep to Peter Jackson’s vision as much as possible – at least when it comes to environments.

It made me so hyped that immediately after the trailer I fired up my TiVo for another Lord of the Rings marathon because really, what else would you do on a Monday night?

Still, that beautiful panning shot aside, the trailer does raise a few questions, like I was saying just now.

The next shot follows two characters that could be hobbits – that would be my guess – but it’s impossible to actually tell. They carry some antlers on their back and, even though I went through Silmarillion and Lost Tales maybe a dozen times, I couldn’t find anything like that in the lore.

So yeah, the two antler people are a mystery..but, since the very next shot is definitely a hobbit, they could be hobbits too!

What are they doing in the Second Age? It’s simple. They’re not actually hobbits but Harfoots, the ancestors of hobbits, so this isn’t going against their lore. I for one am super excited to see their story! Like, how do they go from playing a major part in Rings of Power, adventuring included, to being the home-bodies seen later in the trilogy.

You gotta remember, Bilbo, Frodo, Sam and the rest of the gang were pretty special for hobbits, since their race hated any sort of excitement and just worried about what the next breakfast might have for them.

Moving on to the next scene, we have a short Galadriel appearance that also raises a lot of questions. What is she doing in that frozen wasteland? My first guess was that this is a scene set in Helcaraxe, when the elves first crossed back into Middle-Earth waaay back at the dawn of time.

However, that’s something that happened thousands of years before so, unless Amazon cheated and included a short flashback, this ain’t it.

My guess is that this action scene, which looks a bit CGI-heavy, is made to establish Galadriel as an action hero. As you probably know by now, since the Internet is raging about this decision, in Rings of Power Galadriel will be more of a warrior princess, brash and bold, and less of a serious, restrained elvish queen.

Is it according to the lore?
Well, believe it or not, yes. Tolkien included lots of mentions to Galadriel in his books and notes and he does establish her as a fearsome warrior and explorer, saying she and her husband Keleborn explored more of the world than any other elf.

I have no idea who the person on the boat in the storm might be. It could be a human, or it could be an elf. It could be Halbrand, a character that shows up on IMDB on Charlie Vicker’s page, but there’s no such character in the books. Halbrand also appears in a photoshoot with Galadriel, stranded on a boat during a storm, and thanks to an article we do know he’s human.

If that’s not Halbrand and it’s a different boat scene, however unlikely, my next best guess is that Amazon did include flashbacks to earlier times and this would be a short scene explaining the elvish people’s backgrounds.

Specifically, when elves left Valinor, the land of the gods, to come back to Middle Earth. When that happened, Galadriel and lots of other people were left behind by their friends in a series of treacheries. They were left to cross Helcaraxe, a frozen wasteland, while their former friends attacked the elves controlling the ships and crossed the sea to get to Middle-Earth. So yeah, this could be the setting these short teasers refer to. However, do take this with a grain of salt! I am super hopeful to see some flashbacks to the first Age, since that’s my favorite part of the lore, so I am just trying to find anything like that in this trailer. That ship might be a broken up Teleri ship or it might be something else entirely!

What we DO know is that Amazon actually took those few thousands of years of the second age and compressed them down to like a human lifetime, so that they can show how the world changed in that interval, so that means most of the characters you see on screen aren’t necessarily connected.

The only constant I’d say would be Galadriel, since she’s already thousands of years old and, as we know from the trilogy, she ain’t going anywhere anytime soon.

But let’s see the new stuff!
The very next scene shows us the elf everyone is talking about – but unfortunately the discussion is centered around his race, so I’m not gonna touch that even with a five foot pole!

This new elf is called Arondir and he’s a Silvan elf – so a wood elf who, unlike the others, never got to see the Gods in Valinor.

The Tolkien Lore is pretty much empty when it comes to Dark Elves like these, so the screenwriters have plenty of leeway to create this character.

We do know that in Rings of Power, Arondir enters a forbidden, hidden relationship with a human woman…kinda like Aragorn and Arwen but the other way around.

Is it in the lore? Nope, this is show-only territory with new characters! Human and elves relationships are so rare that  Tolkien made a big case out of each and every one but, considering he didn’t devote too much time to Silvan elves and the like, it’s possible that a relationship like this could have happened. So yeah, not gonna ding any points on this one!

If I could accept Legolas using a shield as a skateboard in the Two Towers, I think I’m pretty much open-minded, don’t you think?

Anyway, right after Arondir we have yet a new character, though this one looks more like the elves everyone is familiar with. It’s just a glimpse, but this one is definitely Gil Galad, a MAJOR player.

This man is literally the last king of the Noldor, a kingdom of elves with the most ancient roots and the biggest scenes both in the first and the second age. In this series, he’s one of the few elves who aren’t tricked by Sauron and his rings. That’s not to say he doesn’t have a ring of its own. This guy has one of the three powerful elven rings, just like Galadriel, so his part in this series will be extensive. Just wish there was more of him in the trailer!

However, Amazon really does want to push Galadriel as the leader of this series, so the next couple of scenes are all about her in battle. We get a glimpse of a troll, who looks more like The Hobbit stuff and less like the scary monster from The Fellowship of the King, which I didn’t like. What do you think of this design?

Also, what do you think about the last part of the trailer?

After a quick shot of some scenery, we have the two main dwarf characters. One is Durin the Fourth, who was the king of Khazad-Dum…you know, the mines of Moria.

The other is this lady, credited as a Dwarvish princess despite the total lack of beard. I’ll be totally honest. I hate the choice of not having beards on dwarves, whether they’re male or female, so this creative choice really annoyed me.

I love how she looks overall, I think it’s a special design, but where’s the facial camo, I ask?

And, in a few quick shots at the very end, Amazon made me rage even harder. It’s this shot right here, with Galadriel on a raft and someone lifting up her hair to see her elf ears. My brain just went BRRRR at this point. Like, are you telling me someone wouldn’t know Galadriel is an elf unless they saw pointy ears? Galadriel, who’s described as man height, at about 6 foot 4, the same Galadriel whose hair inspired Feanor to create the jewels shinier than the eventual sun and moon?

That Galadriel? Is she so plain in this series? Are elves so…basic here?

Anyway, that was my last thought about this trailer, since the very end is just a couple of action shots so short, you can barely make out what happens.

And enough about me! What did you think about this trailer? Are you hyped for the series?