March 2022 PS Plus Games Include Ghost of Tsushima: Legends and More! 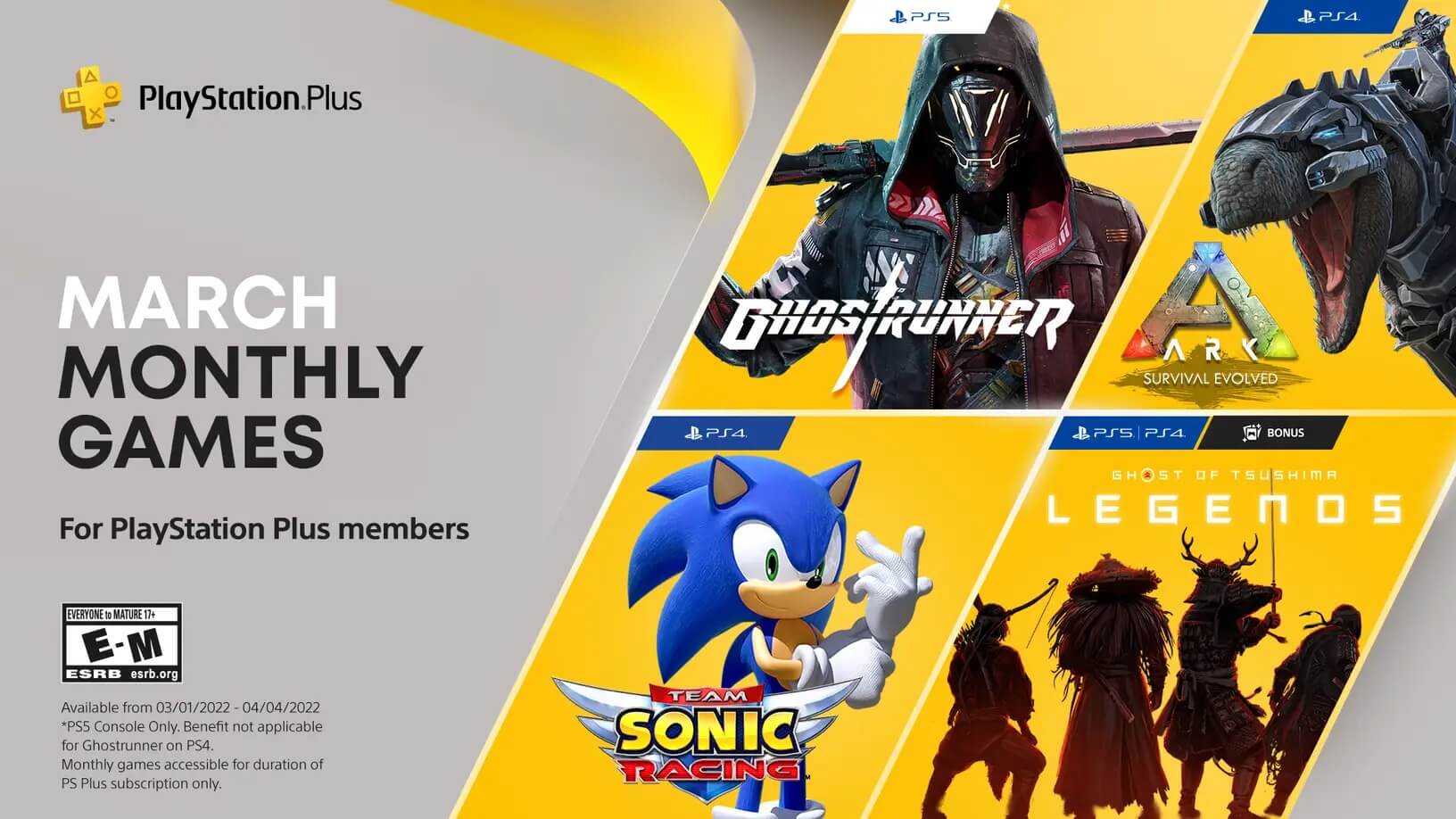 As part of PlayStation Plus’s online service, subscribers get access to free games every month that they can download, play, and keep as long as they are subscribers.

As announced on PlayStation.Blog, here are all the games free for PlayStation Plus users starting March 1st:

Ark: Survival Evolved takes the survival genre and fills it with dinosaurs! Start with nothing and live by taming, riding, or defeating the prehistoric monsters around you. Gather resources and start to build colonies with friends in this online multiplayer adventure, striving to be the greatest survivors of them all.

Kart racing and the blue blur meet up in Team Sonic Racing! Use several of the series’ iconic characters and race in this intense arcade-style racer. Gotta go fast!

Run and slash as a cyberninja in a techno-enhanced future in Ghostrunner. Speed and mobility are your friend as you wind your way through the megastructure tower city and avoid enemy attacks, bullets, and more. One-hit, one-kill is the name of the game. Not just for the enemies but for you as well.

Ghost of Tsushima: Legends is the online co-op multiplayer edition of the legendary Ghost of Tsushima. But rather than take on the role of protagonist Jin, players get to choose from four unique classes – Samurai, Hunter, Ronin, or Assassin – and fight in battles “inspired by Japanese folk tales and mythology.”