The Marines’ New Drone Succeed its First Test in Iran 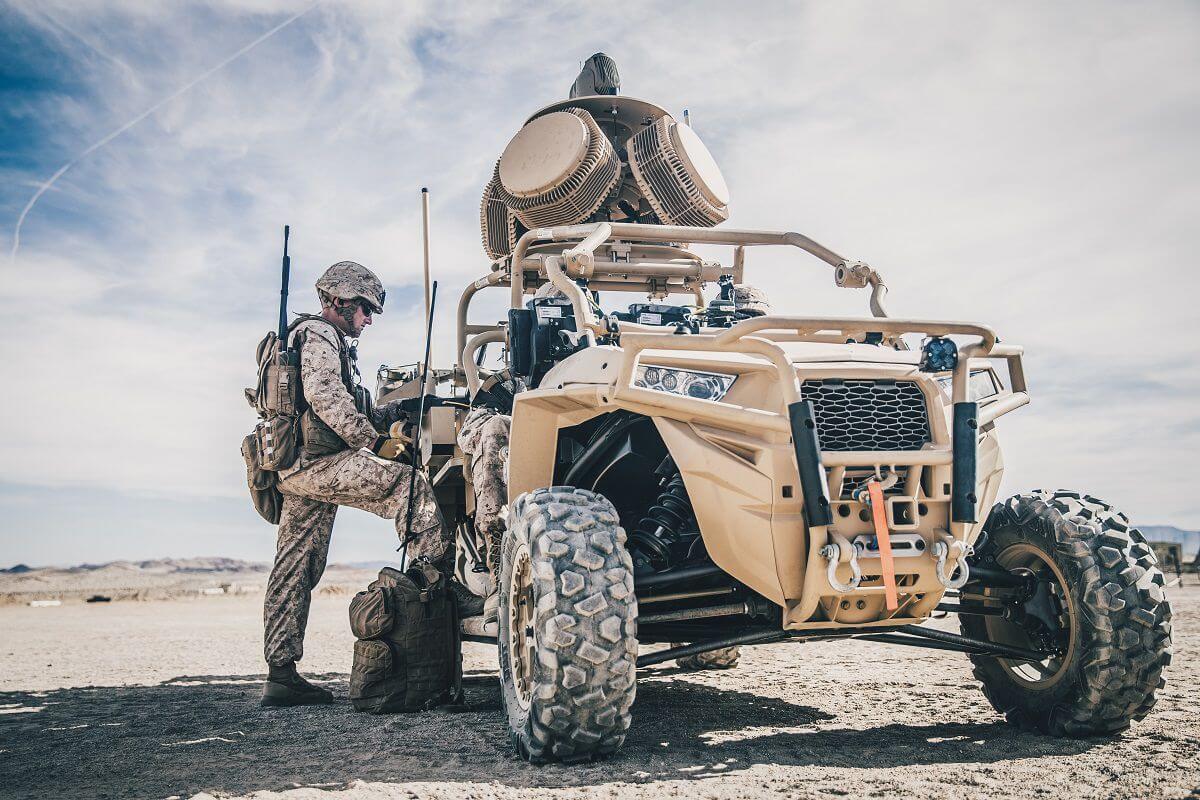 Last week, a new Marine Corps anti-drone system that can scan the skies for enemy aircraft from aboard Navy ships was responsible for destroying an Iranian drone, according to Military.com.
The US Marines aboard the USS Boxer were moving through the Strait of Hormuz, when a fixed-wing drone approached within 1,000 yards of the Navy ship. The Department of Defence confirmed “counter-drone jamming equipment” was used by the ship’s crew to take “defensive action”. Iran denies the allegations.

The new system called “Light Marine Air Defense Integrated System” (LMADIS) was mounted on a Polaris MRZR vehicle, which can be seen in the DoD’s photos of the ship. The system is made of two vehicles, one is a “command node” the other a “sensor node”.

The vehicles use radar and cameras to scan the sky to detect drones and distinguish between friendly and hostile systems. Once it locates a threat, it uses radio frequencies to jam the drone. The Navy and Marines began testing the system on ships earlier this year, according to Military.com.

A month ago the Iranian military shot down a US spy drone in the same region. With many cheap commercial drones becoming available and foreign militaries investing more in the technology, the US Military is taking the threats seriously.

The USS Boxer had defense missile systems in place and 5-inch guns, part of its Phalanx Close-in Weapons Systems, which could have been used to take down the drone. But guns and missiles can miss and directed-energy weapons are cheaper to operate and are a bit more effective, as this particular drone discovered. Jamming systems have proved to be a cost-effective means of defense when a couple of years ago a US ally used a $3 million Patriot missile to take down a $200 drone.

In June, the US Air Force presented a new system to take down swarms of drones called THOR (Tactical High Power Microwave Operational Responder) and the US Army began investing in high-powered microwave cannons to take down drones, last year.