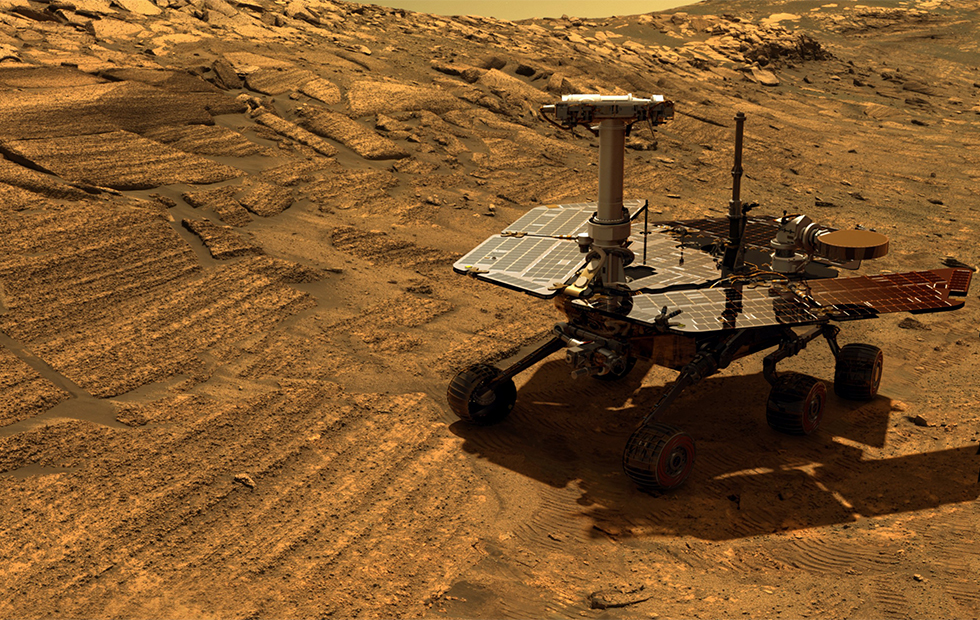 A few months ago, NASA’s Opportunity rover went silent as a Martian storm raged across the planet and left the Opportunity unable to generate solar power, subsequently forcing it to enter a hibernation state.

NASA waited for the storm to clear and the dust from it to settle before attempting contact again, but without success.

Luckily, the Mars Reconnaissance Orbiter happened to pass right above the area where the rover was and took a snapshot of the area and, while the photo doesn’t offer a lot of answers as to why the rover did not wake up from its sleep yet, it does offer us some clues as to what might be going on. 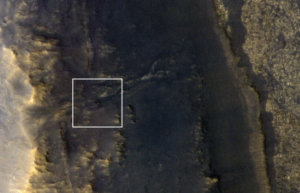 Obviously, the good news is that the storm was not strong enough to drag it across the area or worse, tear it apart or completely submerge it under mounds of dust.

Unfortunately, the photo does not offer any insight concerning the solar panels – they might be covered in dust, which effectively means it has no way to receive any sunlight and recharge. At the same time, if the solar panels were working, they might not even have what to recharge, actually, as the Opportunity has long since outlived its mission: it was only supposed to be on Martian surface for a few months. It has been almost a decade now and its batteries most likely have suffered a few bumps along the way.

At the moment, NASA is still continuing its efforts to bring the rover back to life and has set a deadline of a month before the Opportunity team will move on. But until then, they will continue to send in messages.

We’re keeping our fingers crossed for them.