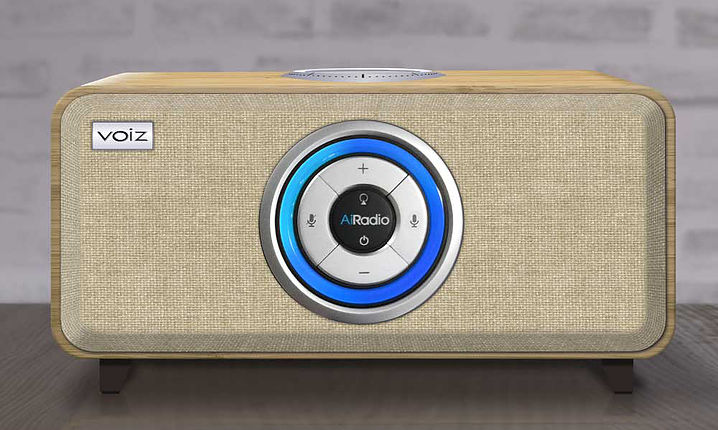 New York-based start-up VOIZ is getting ready to debut a world premiere at CES 2019: the VOIZ AiRadio, the world’s first smart radio and AI Control Center.

Looking at the device itself you’d think it’s an 80s old-school radio but that retro touch was intentional, as the company wanted to project nostalgia. However, under the hood, the VOIZ AiRadio comes with Alexa built-in, the first product of this type.

You’ll be able to talk back to your radio, asking Alexa to stream audio from Pandora, Spotify, Amazon, iHeartRadio and other major channels.

For those still in love with the luxury of decades past, the three AiRadio models (Poco, Uno and Duo) feature bamboo cabinet exteriors and removable cloth grills.

Why would you get one instead of an Echo device, for example?

“Unlike commodity smart speakers that often focus on being as low-cost as possible, our AiRadio series of Smart Radios is specifically designed with premium components, finishes, and technologies to deliver a high-fidelity listening experience with a classic radio aesthetic that recalls the heyday of over-the-air broadcasts,” explained Mark Friedman, one of the co-founders of VOIZ and a former Harman executive.

Hard to argue with that.

Also read: ✍No Need To Shazam! ACRCloud And DTS Can Recognize Radio Songs During Car Ride✍