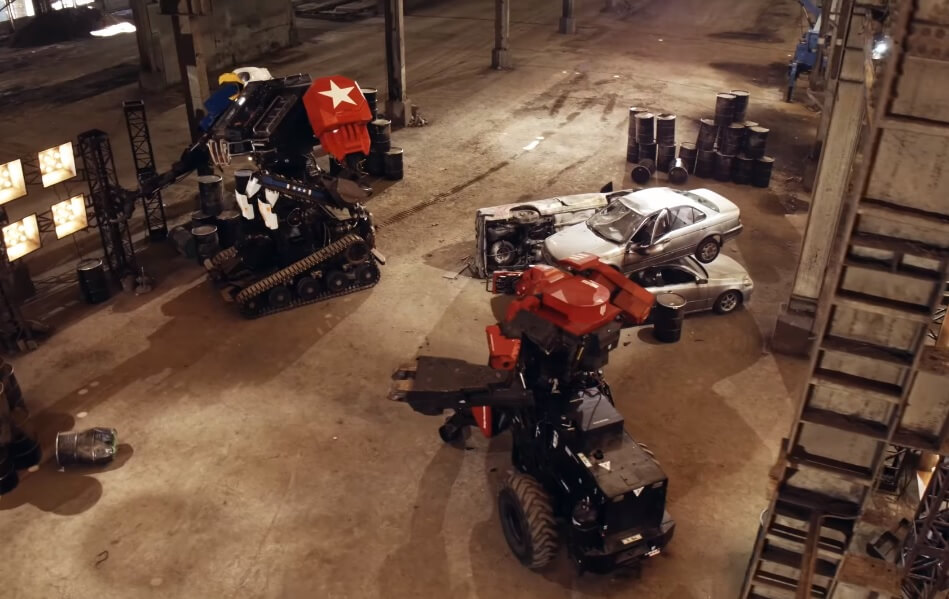 The duel of the year finally took place: MegaBots confronted Suidobashi Heavy Industry last month. After teasing the robot confrontation for months now, the two teams faced each other to see who’s mech is more dangerous and powerful. MegaBots won the battle after three rounds #machinemagic

Iron Glory was a 15 feet tall contender, weighing 6 tons, equipped with paintball cannons. Kuratas came at 13 feet tall and 6.5 tons, ready to punch its way through the opponent. The winner was determined by how much pain it could inflict on its enemy or if the other one surrendered. All in all, the bots went through three rounds, after which Eagle Prime (team MegaBots) was pronounced winner.

If Iron Glory was beat by Kuratas, Eagle Prime was determined to put up a fight. And that it did, since in the third round it avoided Kuratas’ drone, withstood some serious punches only to deliver a final blow via chainsaw:

Now, that the long-awaited duel is over, what do you think: was it worth the hype?