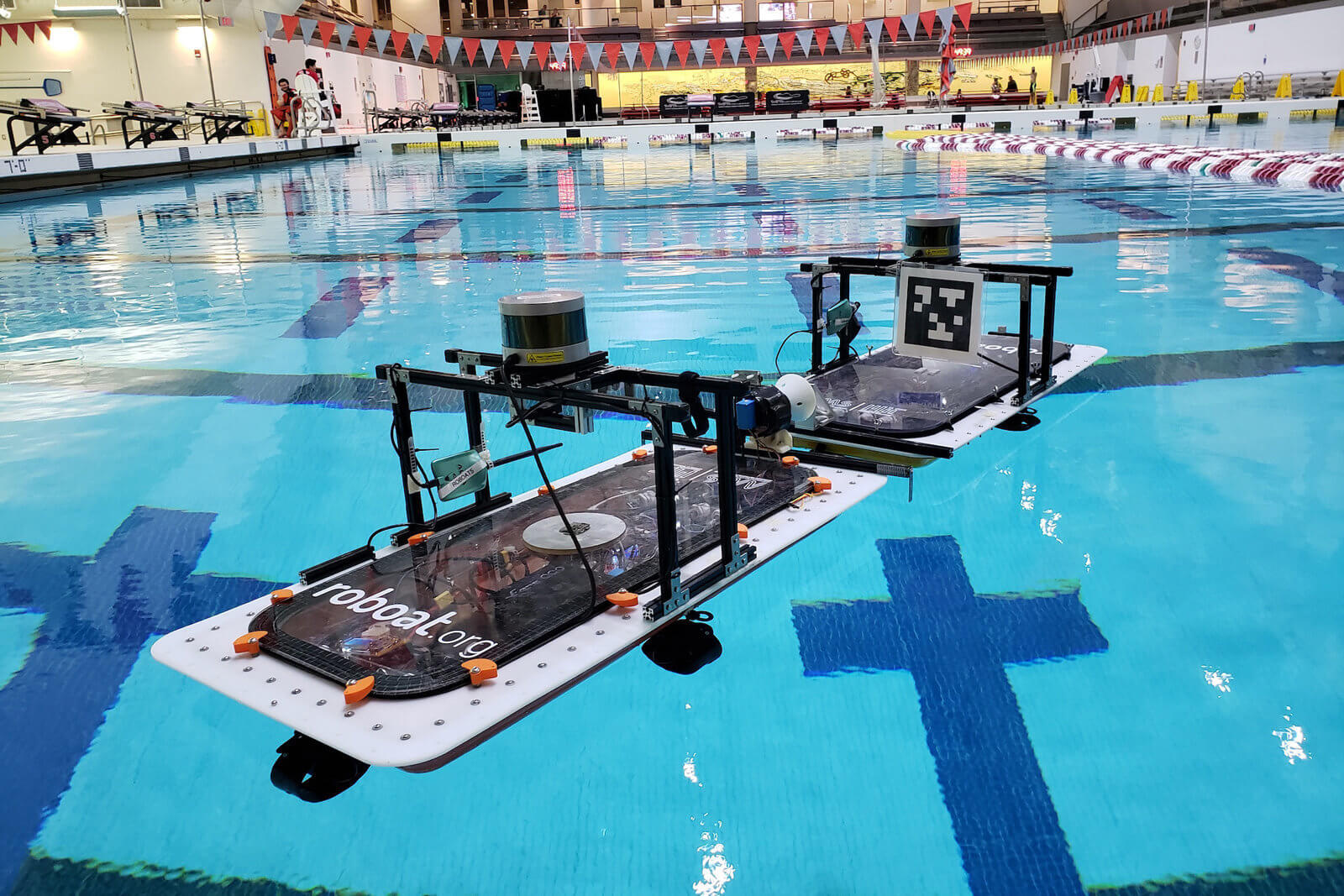 Amsterdam is dreaming of an autonomous future and, in a city that is a quarter water and hosts about 165 canals, some mechanized means of collecting trash and transporting goods and people will be needed.

Enter MIT’s ‘Roboat’ project, which was developed in collaboration with the Amsterdam Institute for Advanced Metropolitan Solutions. The project envisions a fleet of autonomous robotic boats that will be equipped with sensors, thrusters, microcontrollers, GPS modules, cameras and other miscellaneous hardware which will provide on-demand transportation across the canals.

Other project ideas involve the Roboats working as pop-up structures like foot-bridges, performance stages and food markets, thanks to their ability to assemble and disassemble wherever.

In addition to that, they could be used to gather data on how the Amsterdam infrastructure is doing and to gather air and water quality information.

“In Amsterdam, canals were once used for transportation and other things the roads are now used for. Roads near canals are now very congested — and have noise and pollution — so the city wants to add more functionality back to the canals,” Luis Mateos, graduate student in the Department of Urban Studies and Planing and MIT Senseable City Lab researcher has said “Self-driving technologies can save time, costs and energy, and improve the city moving forward.”

The MIT researchers managed to test a Roboat prototype around Amsterdam’s canals back in 2016, which performed well enough to warrant 3-D printing one-quarter scale versions of it which proved to be faster and were equipped with trajectory-tracking algorithms.

Fast-forward to 2019, the researchers created new unites that can identify and connect to docking stations by themselves. If they happen to miss the station, they back up and try again.

This technique was tested in an MIT swimming pool and in the Charles River where the Roboats connected without any problems to their stations in about 10 seconds.

Every one of them comes equipped with ball and socket latching mechanisms on the front, back and sides. This system uses a laser that can let it know when the ball is inside and it can safely lock the robot in place.

“The aim is to use roboat units to bring new capabilities to life on the water,” said Daniela Rus, director of the Computer Science and Artificial Intelligence Laboratory (CSAIL) and the Andrew and Erna Viterbi Professor of Electrical Engineering and Computer Science. “The new latching mechanism is very important for creating pop-up structures. Roboat does not need latching for autonomous transporation on water, but you need the latching to create any structure, whether it’s mobile or fixed.”

The Roboats have been in development for many years so it’s not yet clear when we will be seeing them in action, but the project is now more well-defined than ever before so next time you visit Amsterdam you might see one of these robots peering back at you from the canals.