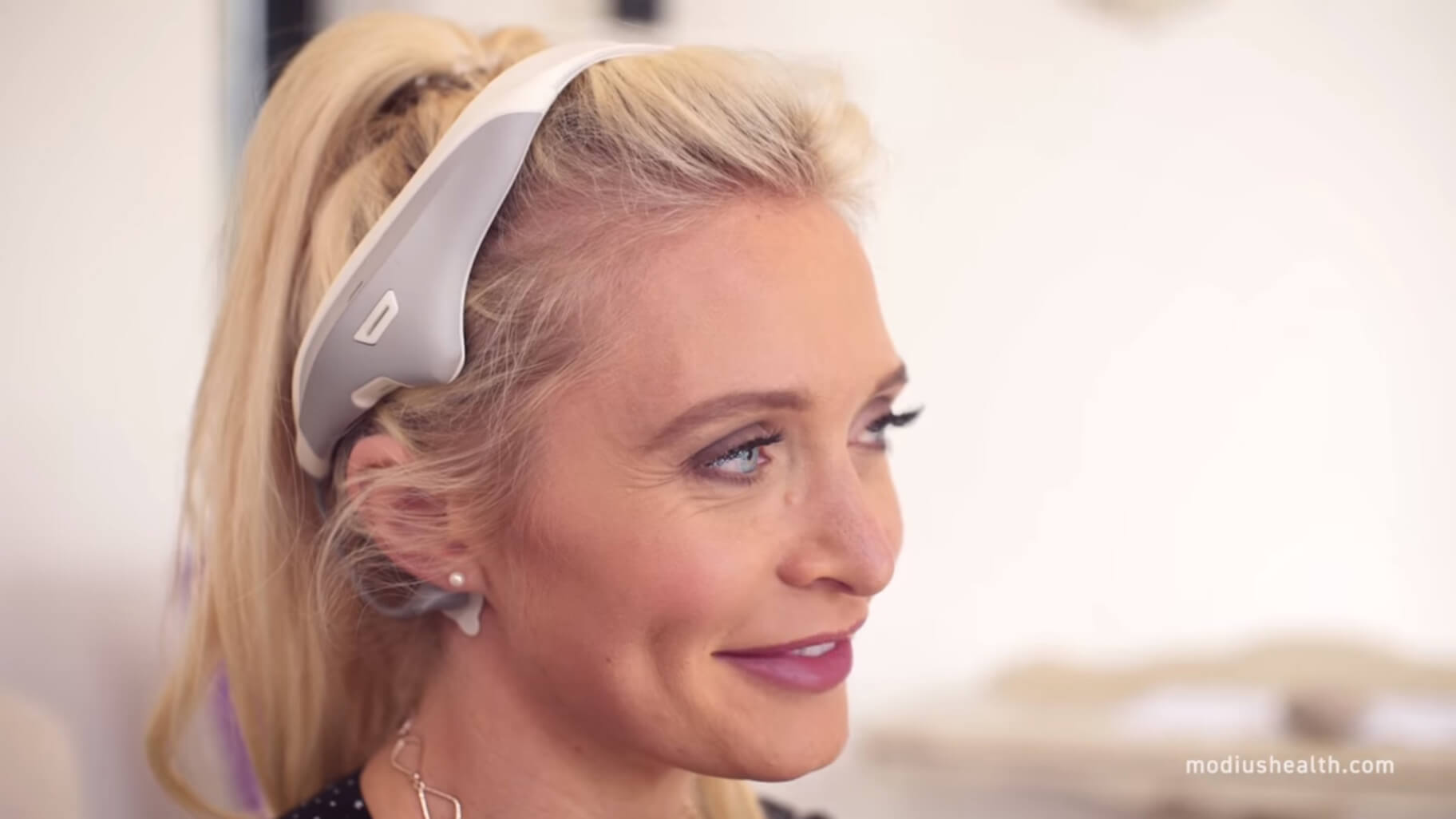 Burning calories effortlessly is everybody’s dream. But alas, it can never happen without a big amount of will, a careful diet and copious amounts of fitness sessions. Or at least that was what we believed until Modius, a headset that claims to burn fat while you’re sitting on the couch, appeared #objectmagic

Modius looks like a pair of headphones that attach just beneath the ears with the help of two individual pads. Those rest there to send low-power electrical impulses to the vestibular nerve. If you haven’t payed much attention in your biology classes, such an action can activate the hypothalamus. In doing so, it actually fools your body into thinking you’re exercising, instead of sitting at your desk or watching TV.

It also decreases appetite, so your body isn’t just reacting to fake exercise but it also prevents you from snacking too often. Those two coupled make for a significant weight loss over time.

Creators recommend using the neurostimulation device for 45 minutes per days, five days a week. Previous results have shown that after a 16-week period, people can expect an 8% body fat reduction. It’s not much but considering you don’t have to go to the gym or keep a restrictive diet, we think it’s worth it. The Neurovalens founder (the company behind Modius) used it himself for a year and wrote about its effects here.

The good thing is you’re not at risk from side-effects and you can’t get addicted to it. During a normal session, a user might feel a “gentle swaying or rocking” but nothing more than that.

If you want to hack your body into burning more calories, check out the Indiegogo page of the product. Modius has surpassed its goal with 686%, making it one of the most popular crowdfunding projects there. A headset costs $250 and will be shipped this October.