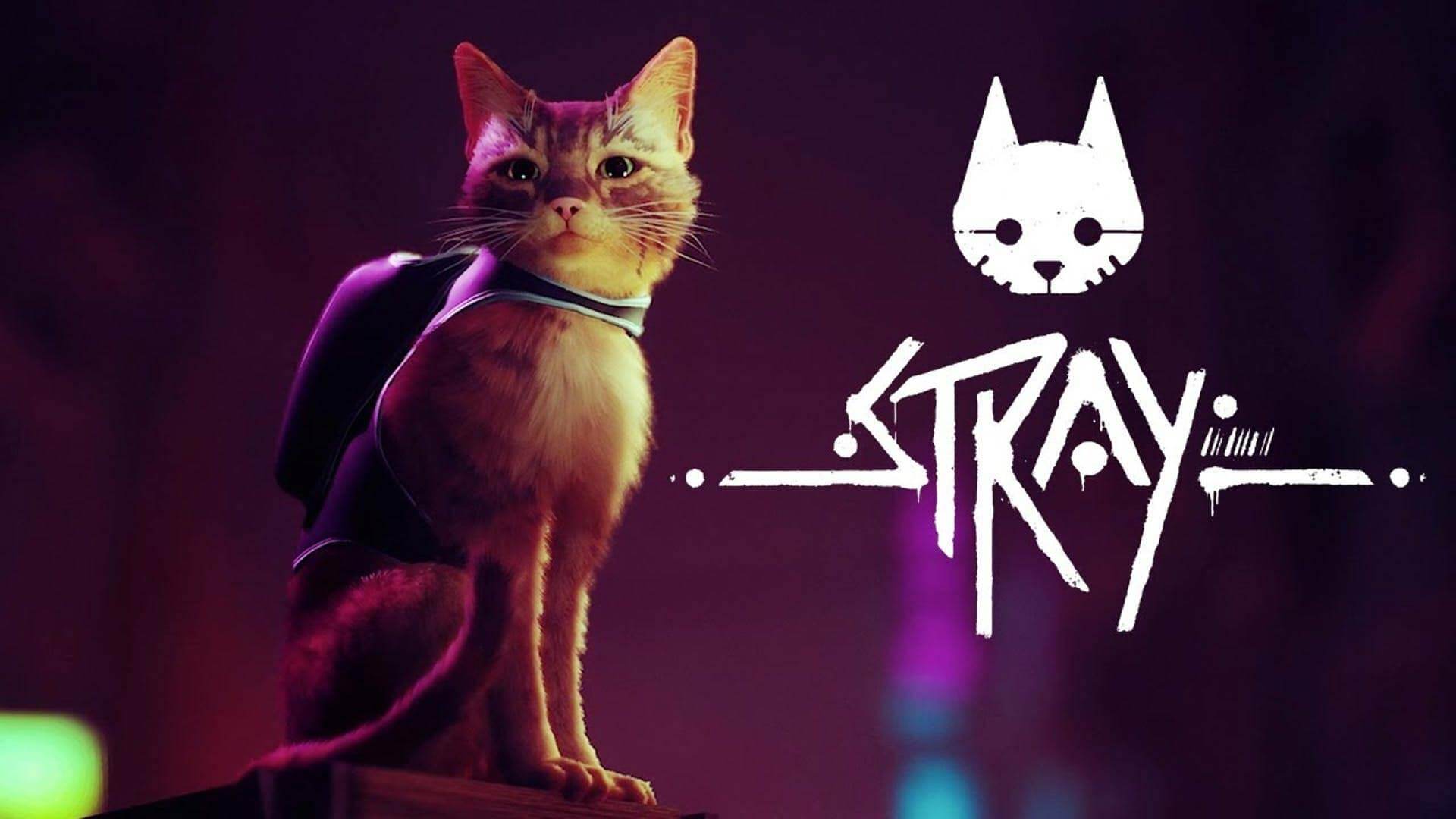 Blue Twelve’s Stray is a quirky exploration of a future techno-city through the eyes of a cat. That’s quite the premise, and the thing that made it a viral sensation. Beyond the kooky novelty of being a cat and all the new mechanics such a main character unlocks, Stray is also a deeply immersive and atmospheric experience that combines platforming and puzzle solving.

If you’re here, you’re probably done scratching abandoned furniture in Stray and you’re ready for a new but similar experience.

Whether you’re itching to bask in the atmosphere of a new virtual world, challenge yourself with another platform-puzzle adventure, or just really, really like playing as an animal, we’ve got your back. Here’s our list of games to play if you enjoyed Stray.

And if you’ve never played the game before, we’ve made sure to include similar games on a variety of platforms, so those without a PS5 or PC can get a sense of why Stray’s taken the world by storm.

Ōkami is a dazzling, unique gaming experience, with gameplay inspired by The Legend of Zelda and a painterly look. Literally, Ōkami is an ink-washing painting brought to life. In it, you play as the goddess Amaterasu, manifested as a white wolf, on a quest to save Japan from evil darkness.

The gameplay in Ōkami revolves around Amaterasu’s Celestial Brush, a divine tool that she uses to solve puzzles and defeat enemies. Using a novel gesture mechanic, players perform actions by drawing symbols—e.g., summoning a powerful gust by painting a loop or fixing a broken bridge by painting over the damaged bits.

Much like Stray, Ōkami is bursting with extraordinary environments and memorable moments. You can’t help but stop every once in a while to soak in the sights and sounds. If you love Stray’s calming atmosphere but want a gaming experience with a bit more meat, you’ll find what you’re looking for in Ōkami.

If you’re interested, you can get this game with some PlayStation Store Gift Cards easily available at the OffGamers website here.

For a short but memorable experience where you play as an animal and can explore the world from a different perspective, give Gathering Sky a chance.

This lesser-known indie game has you controlling a single bird as it traverses the sky and finds its flock, then as the flock itself looking for safer winds.

It’s a meditative, mesmerizing experience elevated by a soundtrack performed by the San Francisco Conservatory of Music. Even better, Gathering Sky is one of the cheapest games on the list. It’s regularly available for $5 as a direct download without DRM  or on Steam. You can also play it on mobile even cheaper, on both Android and iOS, and it’s a great way to unwind during a long commute by bus or train.

Journey invites players on a meditative, wistful voyage through sand-filled dunes and underground caverns. It’s a lonely experience by design, one that provokes mindful contemplation about isolation and community by occasionally disrupting your solitude with the presence of another wandering soul.

As in Stray, your character in Journey has limited means of communication, so complex collaboration is practically impossible. In most cases, you’ll spend a few moments simply enjoying their company before eventually breaking away to pursue your own path. Simple but impactful, with a soundtrack that will haunt your dreams.

Journey, which was released in 2012, is the prototype for games like Stray: atmospheric walks in which the journey matters more than the destination. Fans of that cat simulator will want to check Journey out.

There are many games like Stray (the games on this list make up the tip of the iceberg), but most come from indie outfits working on limited budgets. The Last Guardian is a rare example of what an atmospheric exploration game like Stray would be like with a major studio backing it.

The Last Guardian was developed and designed by Fumito Ueda, a game famous for building virtual worlds that are haunting and dreamy. In this particular game, you play as a young boy who befriends Trico, a giant flying dog-cat-creature. Together, they must escape the bizarre fortress they find themselves in and return to the boy’s home village.

Those who fell in love with the unique partnership between B12 and the cat in Stray will want to play The Last Guardian. Trico is a technical marvel—lifelike and expressive with an ability to display a range of emotions so convincingly that you’ll often forget it isn’t alive. The boy must set forth on a dangerous adventure, and Trico is the perfect companion for it.

Fe is a charming, picturesque platform game that feels like a fairy tale in motion. Set in a strange wooded land inspired by the lonely forests and breathtaking nature of Sweden, Fe doesn’t mind letting the player drift aimlessly. There’s minimum instruction—you’re meant to get a little lost, to lose your direction.

Fe taps into the spirit of exploration that makes Stray such a compelling game. Poke your nose in every nook and cranny. Sing your song to the vague creatures that inhabit the woods. Fe rewards your experimenting by revealing bits of its secret world to you, offering glimpses at the full magic within.

Exploration is at the heart of both Stray and Fe. There’s little hand holding in either game; they trust their players can figure things out independently.

It Takes Two is a wacky co-op platformer that puts you into the shoes of Cody and May, an estranged couple set for separation, who find themselves trapped inside dolls following a tear-filled prayer by their daughter. This sets the stage for a grand adventure in a small world turned large that’s as explosive, action-packed, and touching as any Hollywood blockbuster.

The level design in It Takes Two is some of the best in the industry. Each features one-off mechanics that encourage creative problem solving and constant cooperation. More than simple gimmicks, these mechanics also tie into the themes and messages of each chapter, weaving gameplay and narrative in a way we haven’t seen before.

Stray and It Takes Two are tonally worlds apart—one’s a moody traipse through an urban future-city; the other’s a cinematic rollercoaster ride—but they both succeed because they shine a spotlight on the extraordinary hidden in the everyday.

A furious blizzard is sweeping the land that Nuna and her tribe call home. With the future of her people at risk, the young Nuna and her arctic fox friend embark on a perilous quest to discover what’s causing the storm.

Despite the high stakes, Never Alone focuses on the relationship between Nuna and Fox, making for an intimate (and, if you have a pet, intensely relatable) experience. The two must work together if they want to have any hope of surviving the biting cold of the tundra or overcoming the obstacles that stand between them and the truth.

Like Stray, Never Alone is part puzzle game and part platformer, though it’s much more “game” than Stray. Prepare to have your brain bent and your platforming prowess tested in a way Stray’s casual city romp doesn’t.

As wonderful and varied as video game worlds are, they tend to draw inspiration from the same (mostly European) cultural fonts. Raji: An Ancient Epic is a distinctly Indian offering that puts centre stage the traditions and mythology of a place often at the periphery of our cultural awareness.

Players control Raji, a circus performer who must travel far and wide to rescue her brother Golu from the demons who have taken him away. It’s a sparse premise made rich by a vibrant world and mythology. Together with Raji, we walk through scenic valleys and hazy highlands, battle fantastical beasts, and meet the Principal Mother Goddess of Hindu legend.

Raji: An Ancient Epic is a fascinating foray into a rarely explored territory. Like Stray, it instils a sense of wonder and curiosity; you can’t help but want to keep exploring.

These are our first suggestions of games to play if you enjoyed Stray but there are plenty more similar experiences.

Do you know of a game like Stray that could be added to this list? Drop your suggestion in the comments!