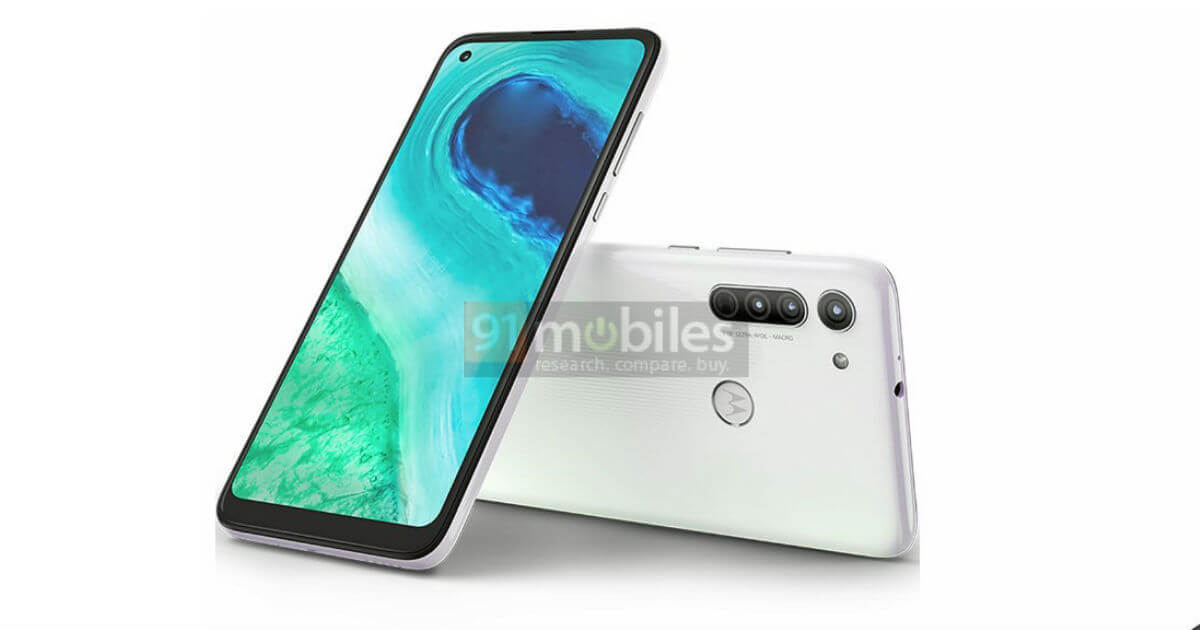 Motorola planned to launch its first 2020 smartphones at Mobile World Congress (MWC) on February 23rd but the cat’s out of the bag already for the big star!

91mobiles got images of the upcoming Moto G8 from industry sources and has already posted some renders showing the flagship.

According to them, the Moto G8 is the first Motorola in the G series to use a punch-hole selfie camera, placed in the top-left corner.

On the back, the Moto G8 sports vertically aligned triple rear cameras – the first one has the flash to its right, and the other two are paired with the autofocus unit.

As you can see, the back Motorola logo looks to double as the fingerprint scanner and there’s a 3.5mm headphone jack along the top ridge.

91Mobiles says that the Moto G8 will come in white and blue variants, both of them with a textured finish.

As for the Moto G8’s specs, XDA Developers posted what to expect.

According to that outlet, the Snapdragon 665 AIE chipset will be paired with 2/3/4 GB of RAM and 32/64 GB of onboard storage, so the Moto G8 won’t push any boundaries in the midrange category.

What does sound really appealing is that triple rear camera.

Of course, nothing is set in stone as of now, so you’ll have to wait for MWC for the official reveal.

Stay tuned, we’ll be there to bring you the scoop on the best smartphones in 2020!