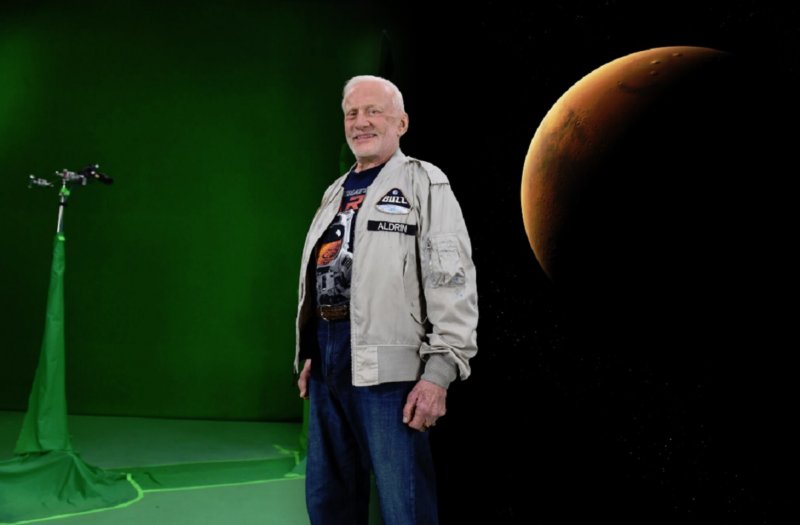 Virtual reality will soon become the best way to escape, explore and play from the comfort of your home. But what if this technology could serve a social purpose too? Instead of alienating you from those who don’t have a headset on and aren’t connected to your game/experience, it could help you reach them? NASA though exactly about that when it came to its Mars mission. Long and isolating, these could take its toll on astronauts, so they came up with the idea of making a VR version of Buzz Aldrin #realitymagic

NASA teamed up with Time Inc. and 8i to create a motivational version of fellow astronaut Buzz Aldrin in VR. This was given to participants in NASA’s HI-SEAS simulated Mars expeditions. The hope is to keep astronauts in a good mental state during the mission, as they will relate to a fellow colleague who knows missions in space can take their toll on people.

His Messages to Mars will be accompanied by jokes and beatbox from Reggie Watts, so astronauts are both inspired and entertained.

The VR tech NASA used was 8i handiwork. They used an array of cameras to do 360-degree motion capture and achieve photorealistic holograms of Aldrin. Better yet, 8i software can eliminate the uncanny valley effect of computer-generated humans, giving the viewer an unprecedented sense of presence and emotional connection.

Aldrin’s message will be available to the public first on LIFE VR’s mobile app for Google Cardboard and then, as a complete VR experience created by 8i, in partnership with Soylent, on HTC VIVE and Oculus Rift.

“As humans embrace the extraordinary commitment to leave earth and make Mars their home, virtual reality will be a very important way of staying in touch,” said Aldrin in a statement. He added: “What could be more stimulating to students, scientists, and political leaders on Earth than to experience life on another a planet, and for the astronauts journeying to Mars to receive messages from back home? I’m honored to leave my message behind for these courageous men and women who will go down in history in a way that no one ever has before.”