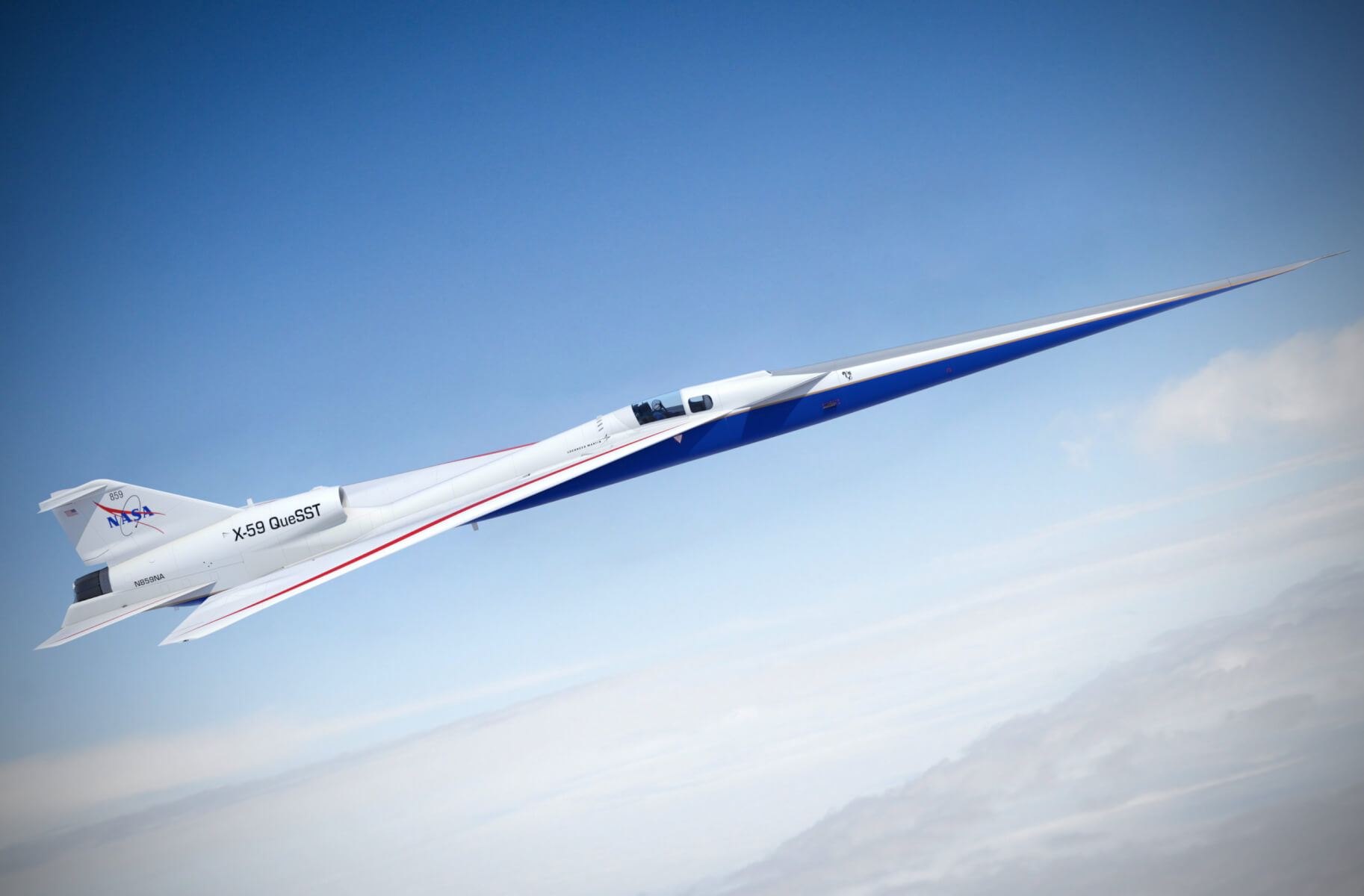 NASA hopes the ban on commercial supersonic flight over land can be raised by substituting the loud sonic boom with a softer ‘sonic thump’.

But first, what does a sonic boom implies? The sonic boom occurs when the shock waves from an object traveling via air faster than the speed of sound blend together before reaching base. They generate massive doses of sound energy, nearly 110 decibels – resembling an explosion or a thunderclap.

With that in mind, NASA hopes to achieve the lift of the ban with the unique design of the X-59 Quiet SuperSonic Technology (QueSST) airplane.

According to Clayton Meyers, deputy project manager of the CST project, “it all comes down to our ability to measure the thump; this is the team’s opportunity to get data at the low sound levels produced in the tunnel.”

The project used a small-scale model of the X-59 in NASA Glenn’s 8- by 6-foot Supersonic Wind Tunnel to visualize the booming reducing technology and evaluate its boom-predicting capabilities.

The model measures near a foot and a half in length and was subjected to testing in the tunnel, producing shock waves that were captured by cameras mounted outside the test section – for weeks.

X-59 will travel to Tokyo in March for extra wind tunnel verification testing with the Japan Aerospace Exploration Agency and Boeing.

“With the X-59, we want to demonstrate that we can reduce the annoying sonic booms to something much quieter, referred to as ‘sonic thumps,’” said John Wolter, lead researcher on the X-59 sonic boom wind tunnel test. “The goal is to provide noise and community response data to regulators, which could result in new rules for overland supersonic flight. The test proved that we don’t just have quieter aircraft design, but that we also have the accurate tools needed to predict the noise of future aircraft.”