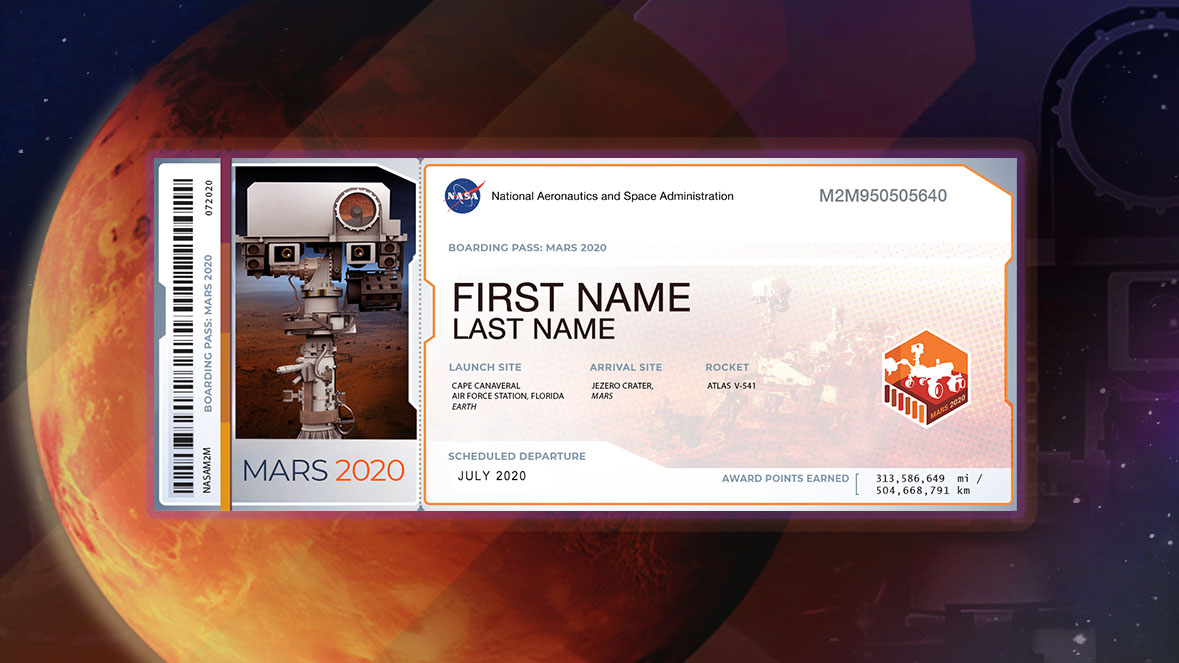 It’s very likely none of us here present will ever set foot on Mars in person, but we might be able to do in spirit, as part of a public engagement campaign that wants to highlight NASA’s future journeys.

NASA is offering the general public the opportunity to stencil their names on chips, which will be sent on board the Mars 2020 rover to the red planet. The names will be stenciled with an electron beam on a silicon chip with lines of text that will measure around 75 nanometers – if you need scale, that’s about smaller than ‘one-thousandth the width of a human hair’. At least that’s what NASA said, and I’ll take their word for it.

This scale will allow over one million names to be written on a single chip, the size of a coin. The chip (or chips, if there’s enough names), will backpack on the rover to the red planet under a glass cover.

After you sign up with your name, country and postcode, you will receive your digital boarding pass and be registered for some frequent flyer points. We don’t know if your great-great-great grandchildren will be able to use them on the commercial flights that will ferry humans to and from Mars in the future though.

This is not the first time NASA offers boarding passes and frequent flyer miles: the space agency has done a similar thing with its Orion and InSight missions.

“As we get ready to launch this historic Mars mission, we want everyone to share in this journey of exploration,” Associate Administrator for NASA’s Science Mission Directorate, Thomas Zurbuchen, said “It’s an exciting time for NASA, as we embark on this voyage to answer profound questions about our neighboring planet, and even the origins of life itself.“

The rover, weighting about 2,300 pounds (1,000 Kg), will launch in July 2020 and will set its wheels on Mars in February 2021. After landing, it will get to work and search for signs of microbial life, collect soil samples and overall do its best to help us pave the way to a future Martian colony.

So, if you always wanted to be a part of the future, go grab your ticket: you have from now until September 30th, 2019 to do so.

While your gloved hands won’t touch the Martian soil, a part of you, even if it’s only in name, will, and perhaps that counts for something too.