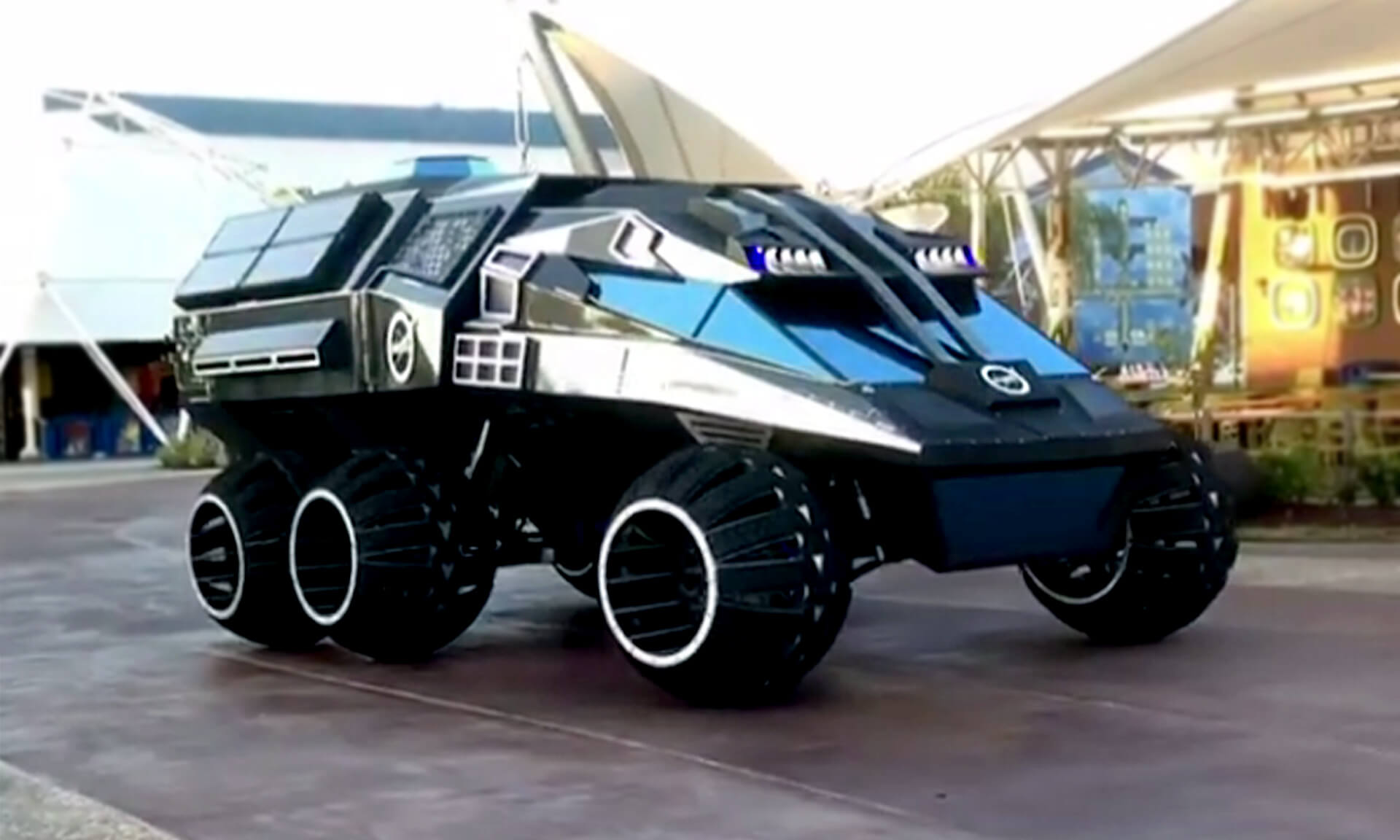 Companies are starting to make movies a reality. After Ford took inspiration from Darth Vader’s costume for his 2018 Mustang , NASA imagined a concept Mars Rover as the Batmobile, Batman’s cool vehicle #automagic

NASA partnered up with Parker Brothers Concepts to design an attention-grabbing vehicle that could one day step onto Mars. While the main parameters came from NASA’s team of scientists, the company had freedom in matters of design. So, they went with something that bares striking resemblance to the Batmobile.

The 5,000 pounds, 28 feet long explorer has the angled front and massive wheels Batman’s car boasted. The interior, though, couldn’t be more different. The six-wheeled, all-electric rover carries the equipment needed to function on the Red Planet and take samples for Earth’s researchers. Therefore, the front area is designed as a cockpit for scouting, while the rear section is an elaborate lab. Radio, gps and air conditioning are up and running, also.

This futuristic Mars Rover has the ability to reach speeds of up to 70mph and can easily handle the rough terrain from Mars. Unfortunately, it’s not intended for the extraterrestrial journey, at least not for now.

NASA commissioned this vehicle for its upcoming tour, Summer of Mars. This is an educational journey across the United States with the purpose of sparking interest in the planet’s future exploration (this design will surely delight Batman fans, trust us!). Once the mission is completed, the Batmobile/Rover will take part in a new “astronaut training experience” – whatever that means. Until then, the vehicle can be seen up close at NASA’s Kennedy Space Center.