NASA's 2020 Rover Gets Equipped With SuperCam 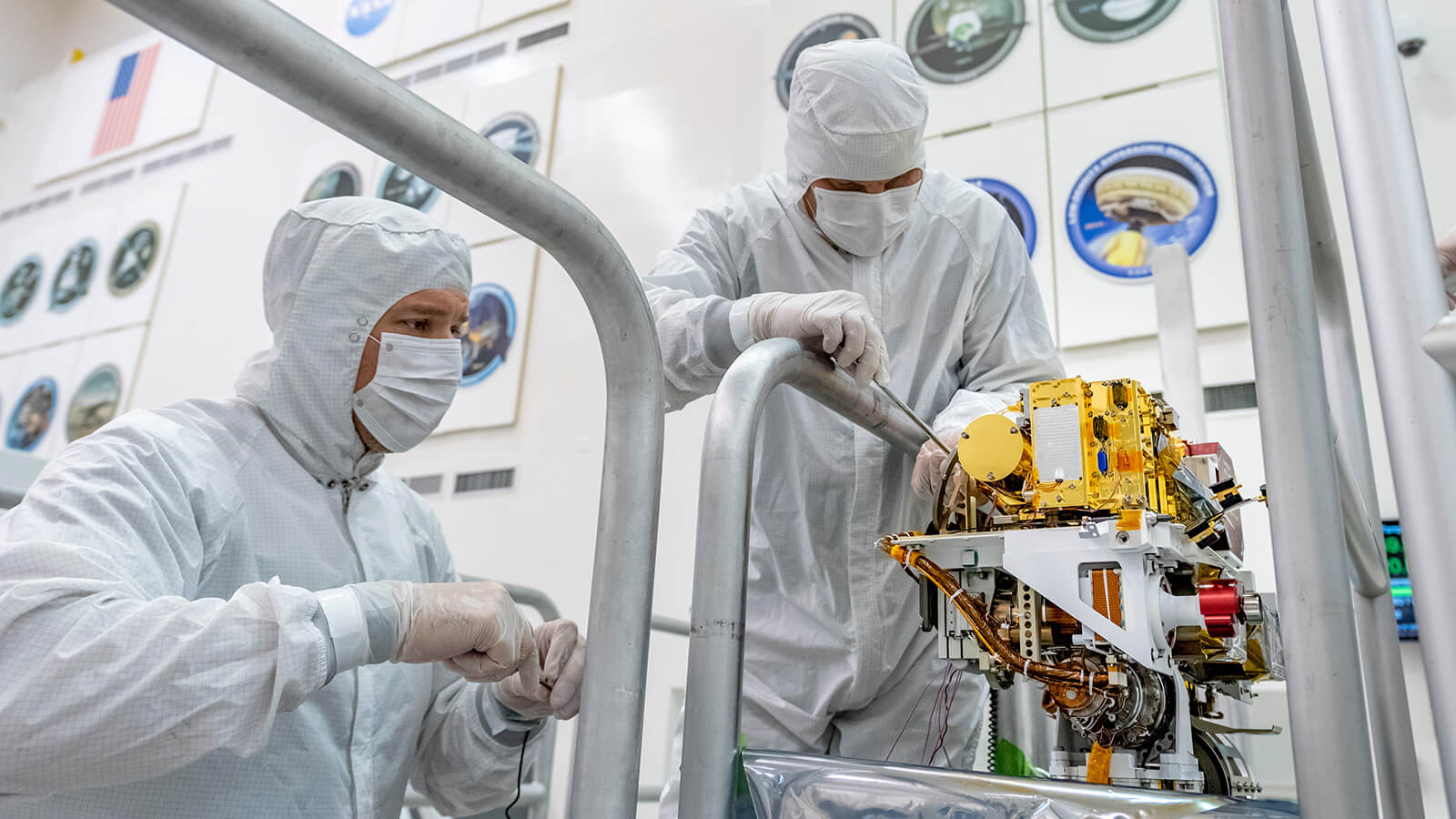 Near the end of June, NASA’s 2020 rover had finally received its wheels and starboard legs from the space agency’s engineers, in addition to a new port suspension system.

NASA has been monitoring the wheel damage on the Curiosity for years and took notes on what could be improved, before the rover’s heartbreaking demise.

What the Curiosity lacked, the 2020 rover will get – the wheels will even feature their own motors, which will allow it to turn 360 degrees in the same place.

After the wheels and the legs, the engineers from NASA’s Jet Propulsion Laboratory have now installed a new instrument on the rover: the SuperCam Mast Unit, which is capable of identifying the chemical and mineral composition of various targets by using lasers and spectrometers.

The scientists who will work alongside the rover will be using the device to examine the rocks and the soil of Mars and try to see if there are any organic compounds present that could indicate there was once life on the red planet.

The camera can identify all the data it needs from targets as small as a pencil from distances of over 20 feet (6 meters) away.

“SuperCam’s rock-zapping laser allows scientists to analyze the chemical composition of its targets,” Soren Madsen, payload development manager at JPL said. “It lets the Mars 2020 rover conduct its cutting-edge science from a distance.“

The SuperCam is the reiteration of the ChemCam that was used on the Curiosity and it has been developed in a joint project that included the U.S, France and Spain.

“SuperCam has come a long way from being a bold and ambitious idea to an actual instrument,” Sylvestre Maurice, SuperCam deputy principal investigator at the Institut de Recherche en Astrophysique et Planétologie in Toulouse, France has said of the device. “While it still has a long way to go – all the way to Mars – this is a great day for not only SuperCam but the amazing consortium that put it together.”

Another instrument will be attached to the rover in a few weeks, called the Sample Catching System. It has 17 separate motors and will be responsible for collecting rock and soil samples. These samples will be left on the planet’s surface and will be collected by a future mission.

The Mars 2020 rover will launch from Cape Canaveral Air Force Station in July 2020 and is expected to land at the Jezero Crater on February 18th, 2021.

The rover will also be backpacking quite a few travelers: you and me, so to speak. NASA has launched a project that allows anyone to send in their name to be inscribed on a chip that will travel along with the rover. You have until September 30th, 2019 to do so.

You’ll even receive a souvenir boarding pass that you can print out.