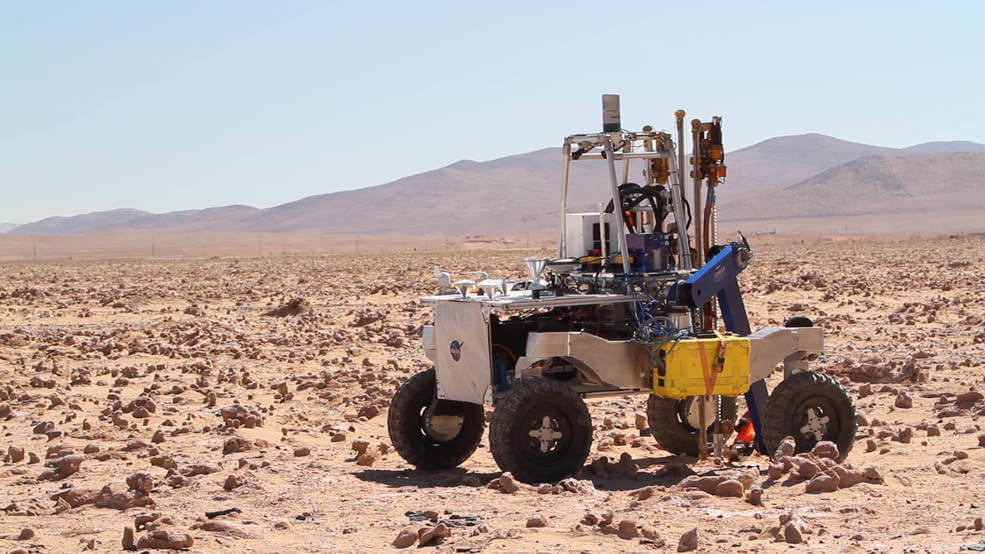 NASA just came up with a new innovative system, an autonomous drill which can reach several feet deep.

The project, called the Atacama Rover Astrobiology Drilling Studies (ARADS) can adapt to various environments and is currently being tested in the Atacama Desert in Chile, which is the closest environment to Mars.

The highlight of the system is autonomous and it analyses data about the soil or rock on itself. Therefore, ARAD can operate without real-time human input.

“What’s unique about this drill is that it can take you from dirt to data, all on its own,” Thomas Stucky, the sample-handling software lead for ARADS, explained in the same statement. “All the scientists have to do is point the rover to where it needs to dig, tell the drill how deep to go, and the drill will figure out the rest.”

Also, due to its capacity of digging deeper than previous drills, the system is an important resource in searching for potential life on the planet.

“If there’s any life on Mars’ subsurface, it’s likely in the form of microbes struggling to live off very trace amounts of water in soil or salt layers,” Arwen Davé, systems engineer for ARADS, said in the statement. “Based on what the drill can tell us about the soil, we can detect where those layers are, maybe even leading us to where the life is.”

The drill is al about NASA’s Mars project, as Brian Glass, principal investigator for the ARADS program at NASA’s Ames Research Center in Silicon Valley, said in a statement

“ARAD is all about preparing NASA to search for life on Mars,” . “Developing the science instruments and robotics we’ll need is a big part of that, and so is figuring out how we actually run the mission. The best way to practice that is to go and do it here on Earth.”

Moreover, the autonomous drill can be useful in identifying water and other resources on the Moon.