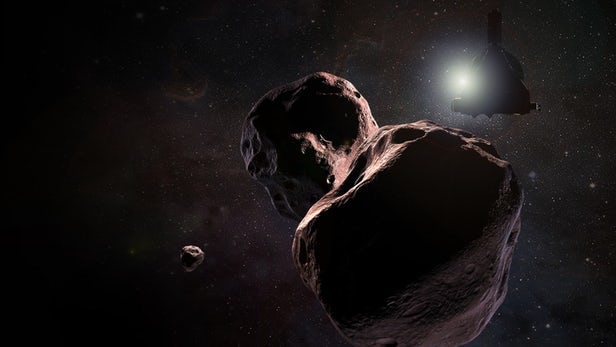 On Christmas Day, NASA’s Alan Stern, the New Horizons Principal Investigator, announced that the New Horizons probe is preparing to encounter Ultima Thule – a somewhat mysterious body found in a cloud of asteroids, comets and dwarf planets that is most commonly known as the Kuiper Belt.

The body is actually known among scientists as (486958) 2014 MU69 and they are expecting it to turn out to be a binary system composed out of two bodies that are locked into orbit around each other. Because it’s suspected to have formed four billion years ago, it could help the scientists understand more about how the planets are formed.

At the same time, it could prove to be something completely different, especially because the body is not shaped like a sphere but appears to be elongated (hence the two object theory). That is why New Horizon’s flyby is very important for NASA.

“It’s really a puzzle. I call this Ultima’s first puzzle – why does it have such a tiny light curve that we can’t even detect it? I expect the detailed flyby images coming soon to give us many more mysteries, but I did not expect this, and so soon.”

The spacecraft will take high resolution images of Ultima on December 31st and January 1st. NASA will be able to see those images just a day later and honestly? We’re probably just as curious about what Ultima has to show as the New Horizon team is.