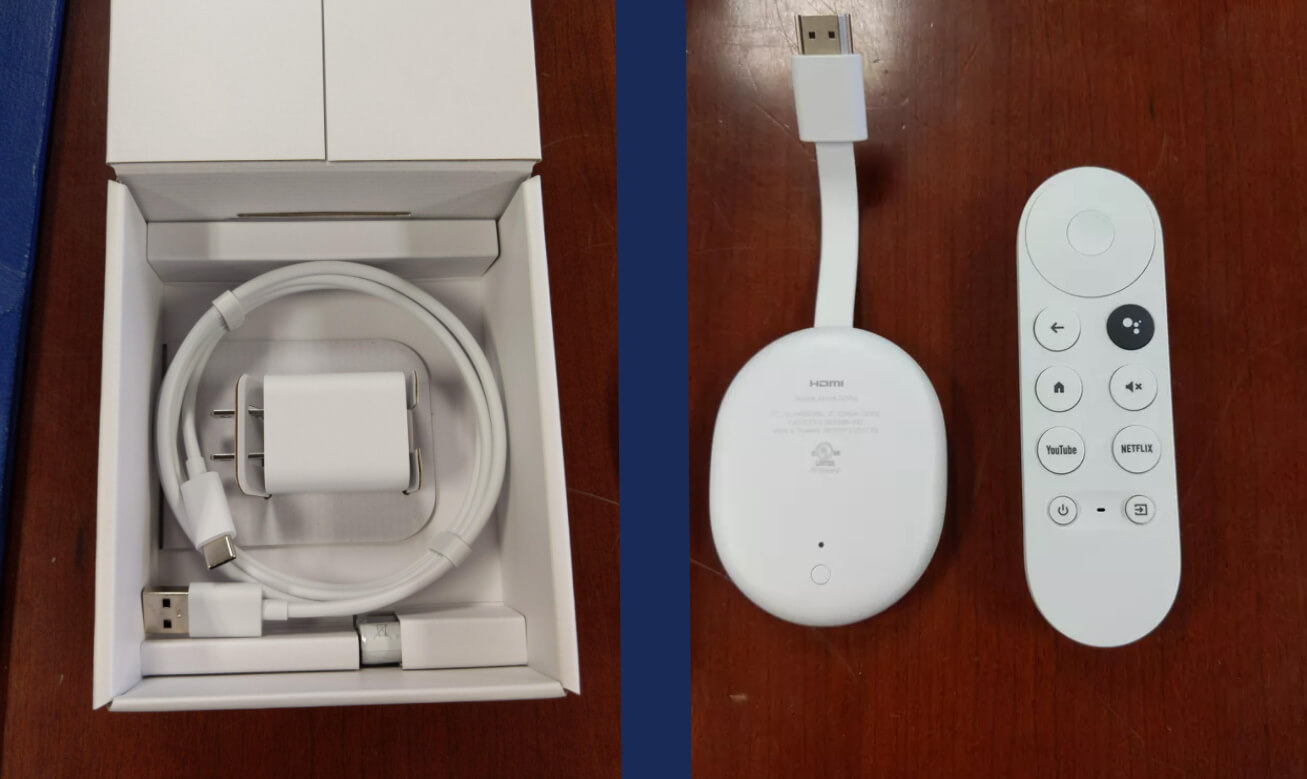 A week from now, on September 30, Google will reveal their new devices for the holiday season.

However, the big surprise is out with the new Chromecast…again!

The device showed up this year in a series of leaks but now a Redditor was actually able to buy it early at his local Walmart for $49.98.

u/fuzztub07 then shared photos of the dongle and even posted a video showing the user interface for it.

We now know how the hardware looks from each angle and how it’s powered – the dongle needs USB-C charging, while the remote will demand two AAA batteries.

It supports 4K video but doesn’t have an Ethernet port.

On the software side, Google TV (formerly Android TV) has an intuitive UI and neatly lays out all the services you might need.

Surprisingly enough, it doesn’t seem to support Google’s game service, the Google Stadia, even though the interface mentions a gaming category and games that support a gamepad.

We don’t know yet but hopefully will find out next week at the official reveal.