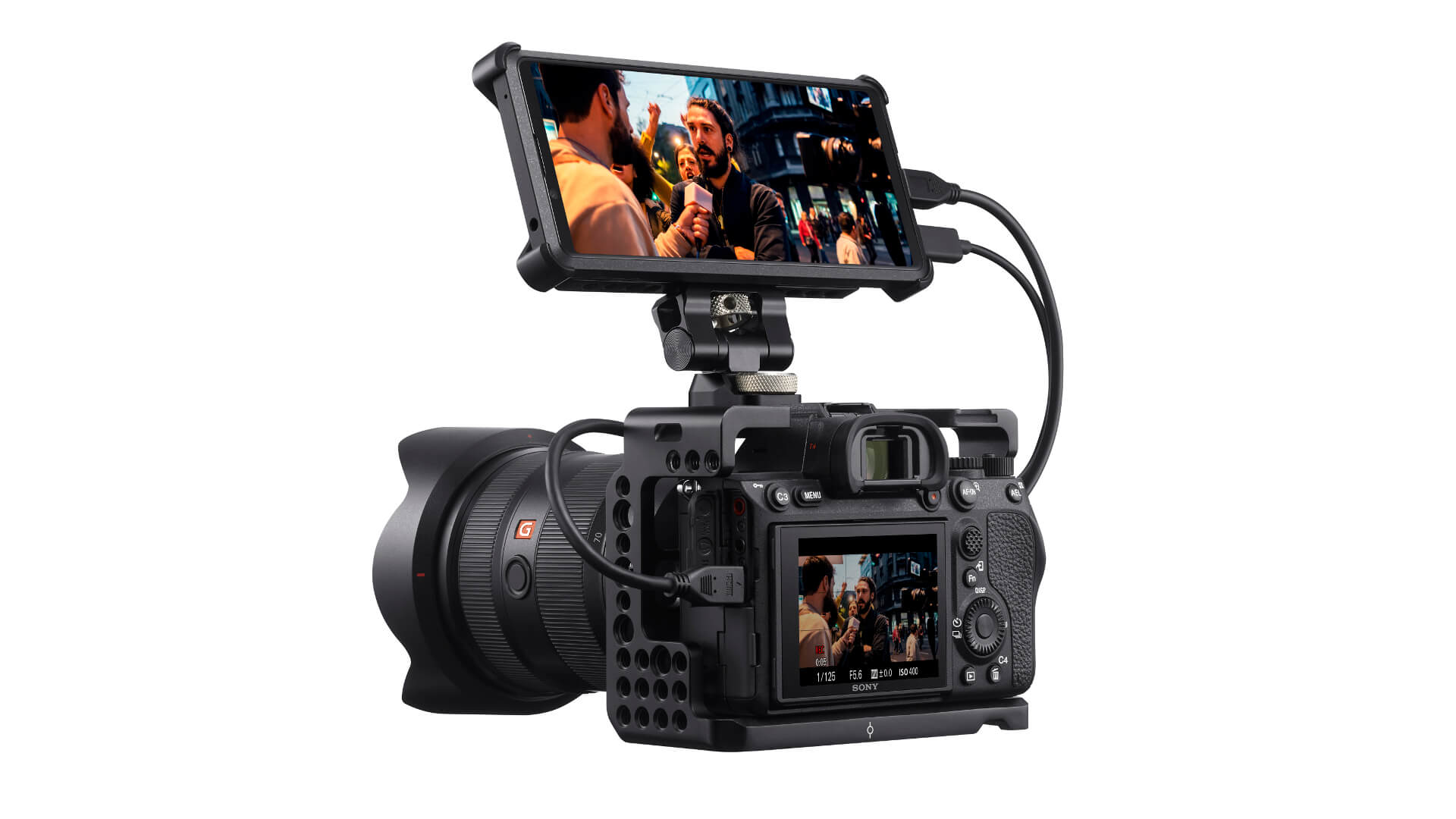 Sony has been teasing the new Sony Xperia Pro phone for more than a year and now it officially unveiled the new device.

The Xperia Pro is a $2,500 flagship phone but not for regular, day to day use.

Instead, Sony aimed it at video professionals and those who stream events – it’s fitted with a four-way beamforming antenna capable of picking up stable 5G signals.

If you look at the Xperia Pro specs, it’s clear that it’s just an improvd Xperia 1 ii built specifically for that niche – so that might justify the price.

Even more, the Xperia Pro is designed as a companion piece for the new Sony A1.

This is a $6,500 camera with a full-frame 50MP sensor designed for professional video-makers, promising to capture 50.1 megapixel photos with autofocus and auto-exposure enabled at up to 30 FPS…and 8K video!

If you’re one of them, the Sony AI spec sheet might make you consider it over the reliable Canon R5.

Here are just a few of the promised perks – interested?