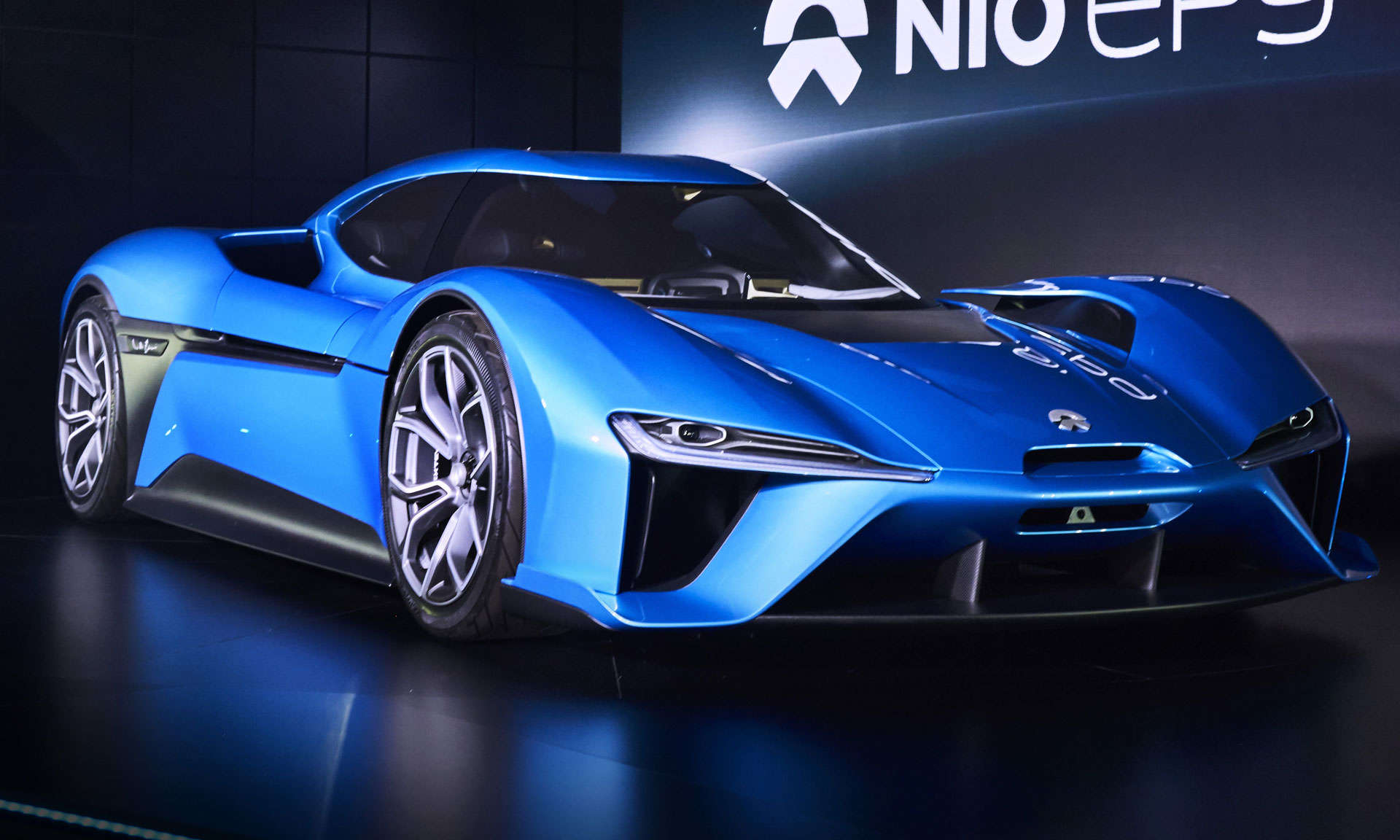 Chinese electric car company NextEV has revealed their car for the future, a splendid blue beast – NIO EP9. It’s their first car in the NIO portfolio, so it was launched with a bang, announced as the “world’s fastest electric car” #automagic

To prove its worth, the team took it for a test drive in the “Green Hell”, the north loop track built in the 20s around the medieval castle of Nürburg. Its scary nickname refers to the difficulty of the track – 20.8 km with more than 300 meters of elevation change. The best time on this track was 7:22 min until EP9 came along. This “lightning bolt” lit the concrete and finished the lap in 7:05:12 min, setting a new record.

That’s impressive as it is, but check out the specs. This gorgeous car has a top speed of 313kph and can go from 0-200kph in 7.1 sec. It delivers 1-MegaWatt of power, helped by four high-performance inboard motors and four individual gearboxes. EP9 was designed to go 427 km without recharging and when it does stop to charge, you’re good to hit the road again after 45 minutes.

NextEV took into consideration an autonomous future, too, so EP9 comes with “integrated e-control structure and sensor system layout” that can accommodate it such technology. “In the past, cars gave people the freedom of mobility. In the future, cars will go one step further and give people the freedom of time. It’s a future we’re excited to shape”, commented Padmasree Warrior, US CEO of NextEV, during the launch event.