Nintendo Might Be Working On A SNES Switch Controller 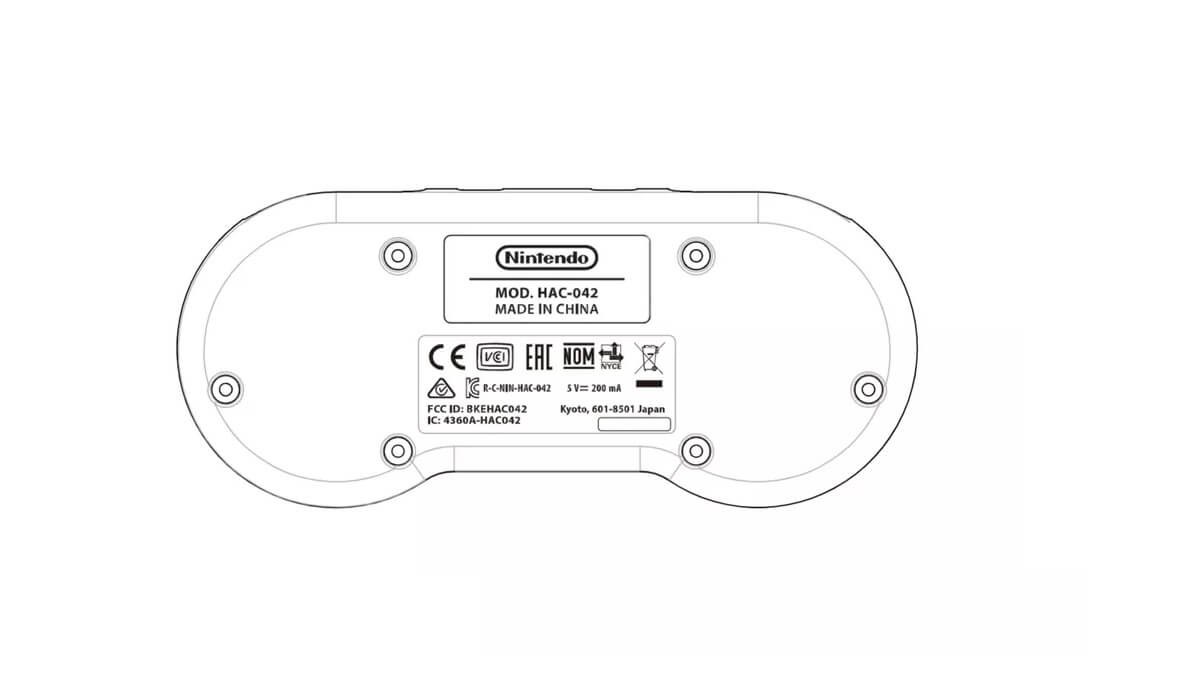 Recently, an FCC filing that was spotted by the forum posters over at Resetera, shows some images of a new SNES controller that seems to have been marked as ‘confidential’ until 2020.

It was just last year the Nintendo launched the NES wireless controllers, alongside some classic NES titles (like Super Mario Bros. 2 and Kirby’s Adventure) so the appearance of this upcoming new controller is now fueling rumors that Nintendo will launch yet another classic bundle with it.

Nintendo might even choose to port some SNES games over which might include Super Mario Kart, Legend of Zelda: Link to the Past or Super Metroid. However, it’s unknown if or when this will happen.

The image show the label location on the controller that tells us a ZL and ZR button might make an appearance, forming part of the Joy-Con docking rail which attaches them to the Switch.

Other than that, the FCC listing is scarce on details – all we know is that the controller will come with Bluetooth support for the Switch wireless connection, that it will feature s 525mAh battery as well as a USB port.

Nintendo has yet to release an official statement regarding the listing but when (or if) we’ll hear about it, we will update you accordingly.