Japanese Noodle Titan Nissin Created A Noise Canceling Fork... Believe It or Not - Tech The Lead 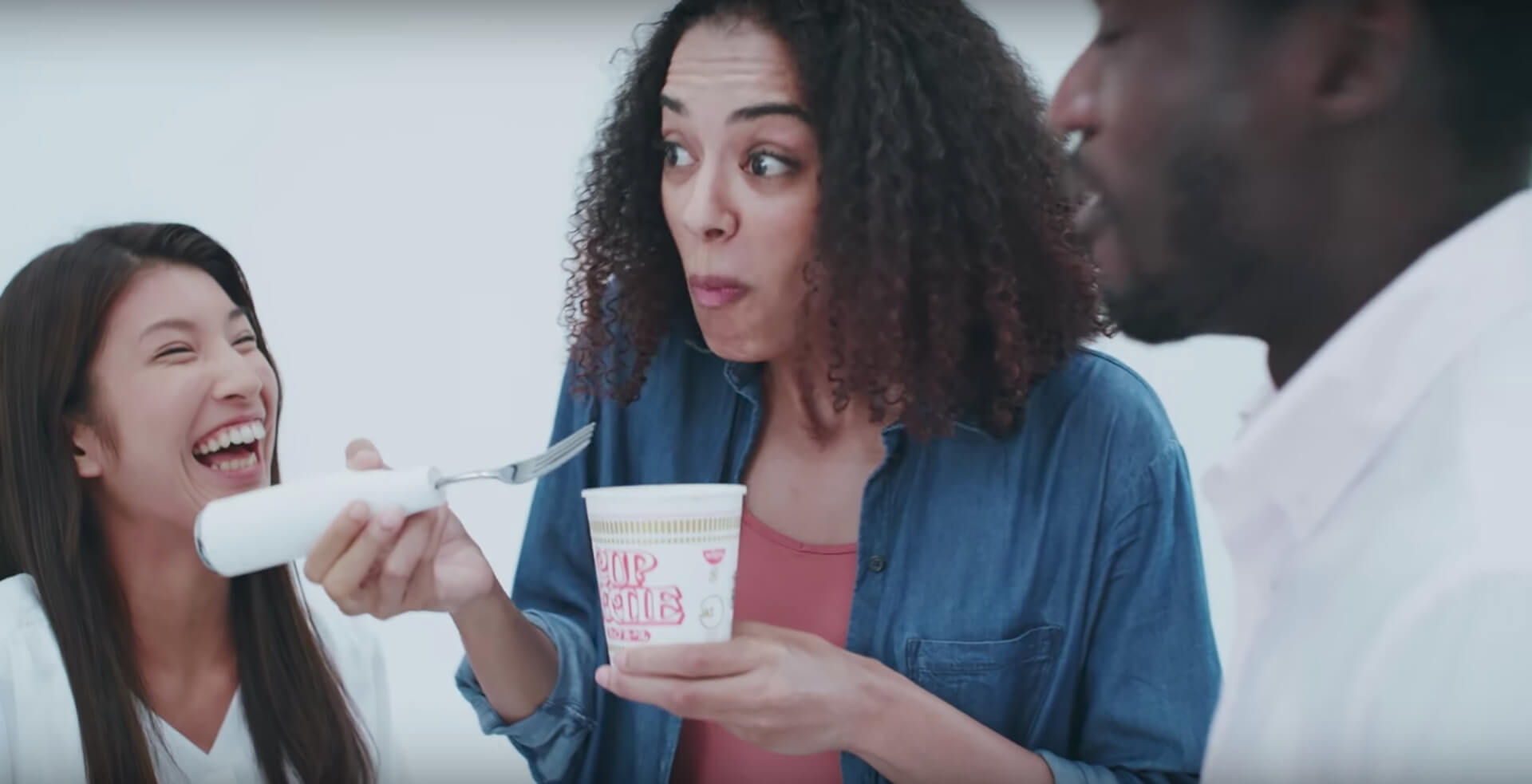 Noise canceling headphones are nothing new. But a fork that distracts from annoying slurping sounds definitely is. Japanese instant-noodle titan Nissin made such an item, believe it or not #objectmagic

Nissin developed Otohiko, a smart fork, to settle the “war” between Westerners and Japanese. See, while most Westerners try to eat ramen in complete silence, doing their best to avoid slurping, Japanese do exactly the opposite. They not only have no problem with noises while eating noodles, but enjoy the whole thing, believing they can draw out more of the flavors in the food this way.

The noodle titan found a middle ground. While some of us would have to be bored out of our minds to dedicate time creating a noise-canceling fork, the company’s team embraced the project fully. Nissin thinks that such a fork allows Japanese and Westerners eat together ramen without making a compromise.

Otohiko resembles an electric toothbrush and has a directional microphone that picks up the slurping noise thanks to previous training on such sounds. It can cancel it quickly afterwards, by emitting a pleasant, electronic noise that reminds of waves crashing ahsore.

The company seems well aware of the fact that their product can be a hit and a miss so they’re trying to crowdfund it and see if there’s actual demand for such a weird kitchen item. The goal is to get more than 5,000 people to pre-order it so it can then retail at a price of 14,800 JPY (US$130) per fork.