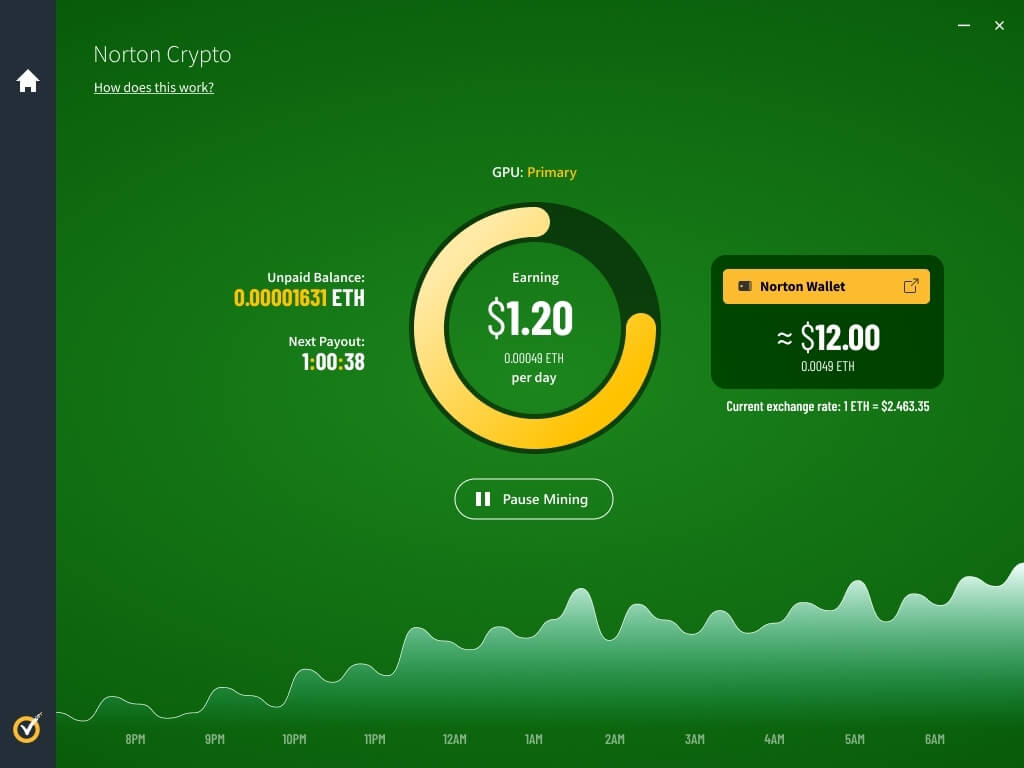 Crazy idea or brilliant marketing move? Check out Norton 360, which will soon include the option to cryptomine Ethereum through this antivirus suite.

The company just announced Norton Crypto, a feature that might leave you scratching your head, considering it’s a feature found in an antivirus.

Essentially, Norton 360 users will be able to mine cryptocurrency, Ethereum at the moment, through the Norton antivirus, with

NortonLifeLock, the company behind this popular antivirus, has an explanation that does make sense.

“For years, many coinminers have had to take risks in their quest for cryptocurrency, disabling their security in order to run coinmining and allowing unvetted code on their machines that could be skimming from their earnings or even planting ransomware. Earnings are commonly stored directly on miners’ hard drives, where their digital wallet could be lost should it fail.”

So yes, it makes some sense. If you want to mine crypto without disabling your antivirus, you’ll now be able to.

The Ethereum you mine with Norton will be stored in a Norton Wallet in their own cloud in the early stages but an option to withdraw funds will be available soon.

Norton told The Verge that there will be a button to “pull money into Coinbase.”

Norton Crypto will launch in the following weeks.