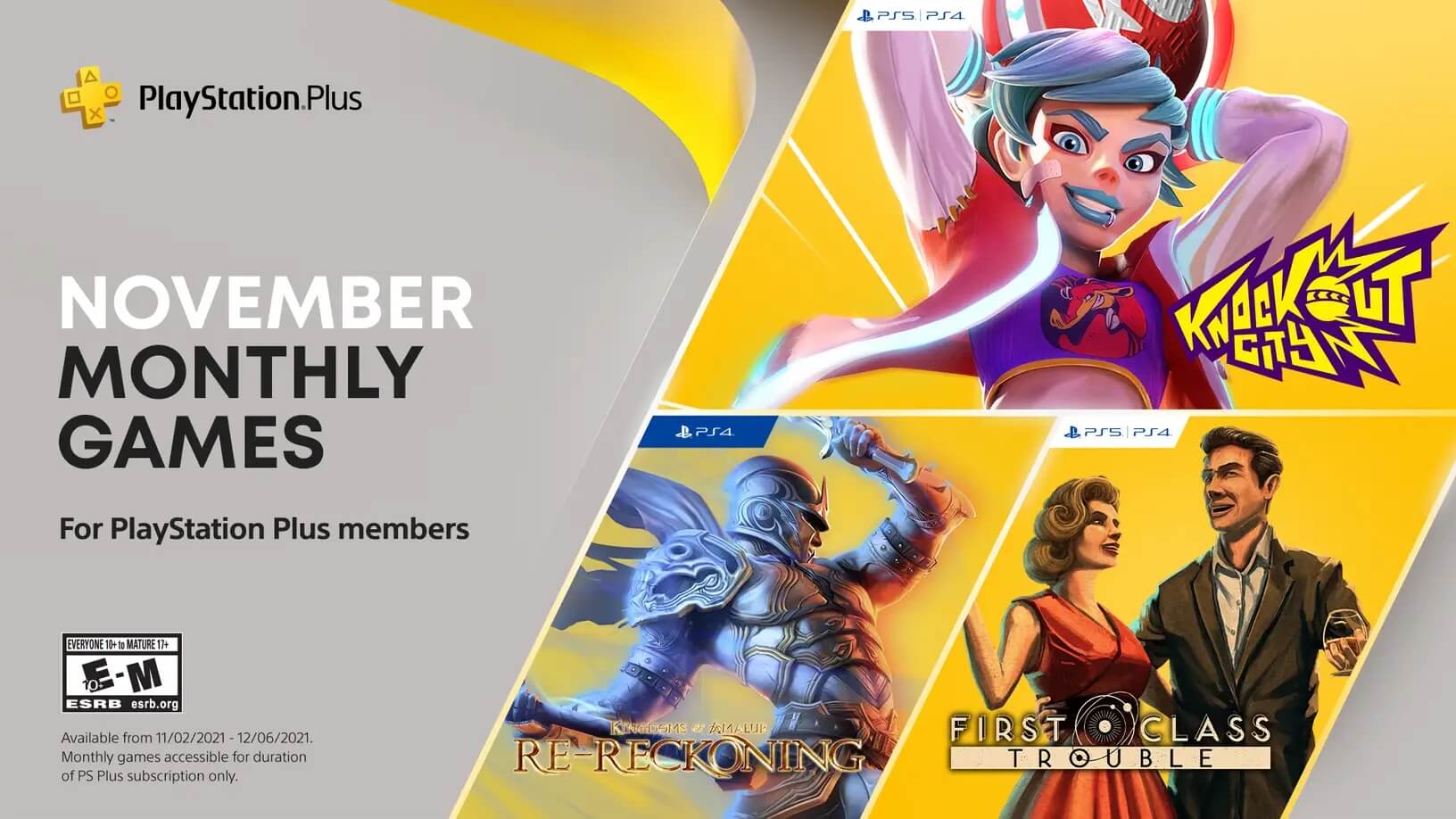 Every month PlayStation Plus subscribers get several games to download, play, and keep as long as they are subscribed.

This month there are six games total, ranging from arena fighters, to social simulators, to VR experiences.

Without further ado, here are November games for PlayStation Plus announced on PlayStation.Blog:

Dodgeball meets battle arena style games in Knockout City. Avoid incoming throws, use different balls and timings to throw off opponents, and use the sprawling city scape to come out on top. Will you be knocked out or will you be the last one standing?

First Class Trouble is a social deception game where resident of a ship try to take down a rogue AI controlling it. Hidden among the residents are personoids set on stopping residents at all cost. Can you find out who the personoids are and take down the AI?

The cult classic, action adventure RPG Kingdoms of Amalur gets its remaster. One of the draws of the game come from the extraordinary development team, from R.A. Salvatore helping with the lore, Grant Kirkhope working on the music, Spawn creator Todd McFarlane doing the art, and Elder Scrolls IV designed Ken Rolston designing the game.

Stranded in deep space, on a ship caught in the pull of a black hole, you have to make you way deep into the spacecraft the Persistence in order to repair its systems and fly away. Yet, one your way, the mutated crew will present a monstrous challenge requiring quick thinking, upgraded abilities, and a plethora of weapons in order to save the ship and your own life.

Be transported into The Walking Dead universe and fight off zombies looking to tear your apart. Yet, the undead won’t be the only dangerous forces you face as factions and survivors across the city also look out for themselves in their own quest to survive. The your survival and that of others rests on your decisions.

Until You Fall (PS VR)

Until You Fall takes the traditional combat system of sword fighting games – well-timed attacks, blocks, and parries – and puts them into a “neon fantasy [VR] world.” Learn to fight in VR and get rewarded with various resources and upgrades that let you experience and fight of the enemy onslaught in fresh new ways.

To note, the three games for the PlayStation consoles – Knockout City, First Class Trouble, and Kingdoms of Amalur: Re-Reckoning will be available until December 6th and the PS VR games – The Persistence, The Walking Dead: Saints & Sinners – Standard Edition, and Until you Fall – until January 3rd, 2022.