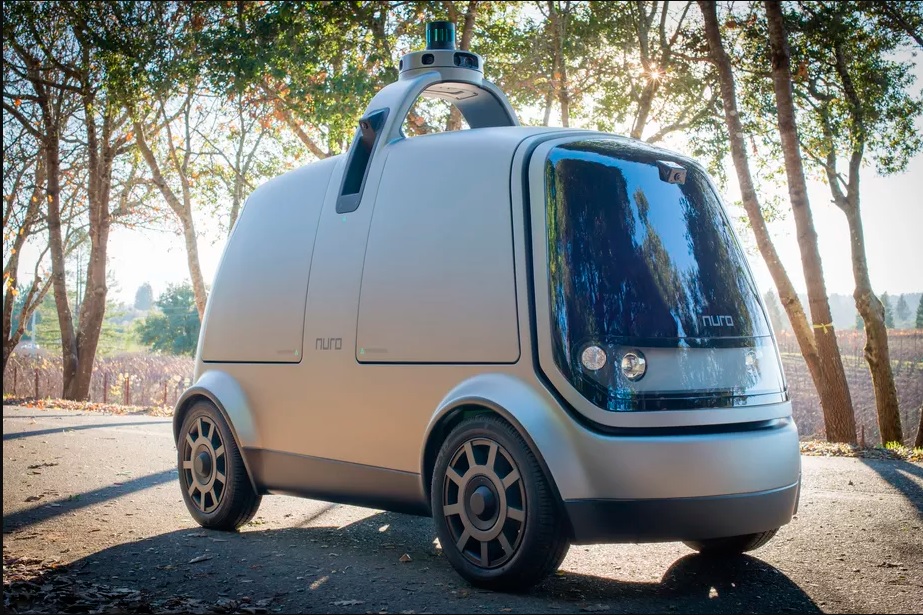 Whole most carmakers and tech companies are focusing on driverless technology or vehicles as a means of transport for people, one startup is channeling its efforts into delivery cars. Two former Google engineers have released a prototype that’s meant to do one thing – bring your deliveries in due time, escaping human errors #automagic

Nuro R1 prototype is a small, slim, “toaster” on wheels that lacks a driver seat or the normal car controls. It’s essentially an autonomous car/storage unit for packages ordered online. Its exterior is more interesting, a sensor array visible to the naked eye; LIDAR, cameras, and radars help the vehicle handle traffic.

Right now, Nuro is counting on a fleet of six self-driving cars to round up enough data for the prototype cars to learn from and behave as expected in the future. When they will hit the streets is a mystery still; the startup has just received a permit from California DMV and will probably start the public test in the months to come.

That said, R1 will need a second approval from the US National Highway Traffic Safety Administration, since rules state that human-free cars are forbidden to roam the streets.

Once that happens, local businesses will be able to send their deliveries with them, instead of teaming up with third-party delivery companies. People will know when R1 is approaching their homes through a smartphone app and will get the goods by opening the hatch with a private code or through facial recognition.

The details are still fuzzy but the outcome could change the delivery process as we know it.