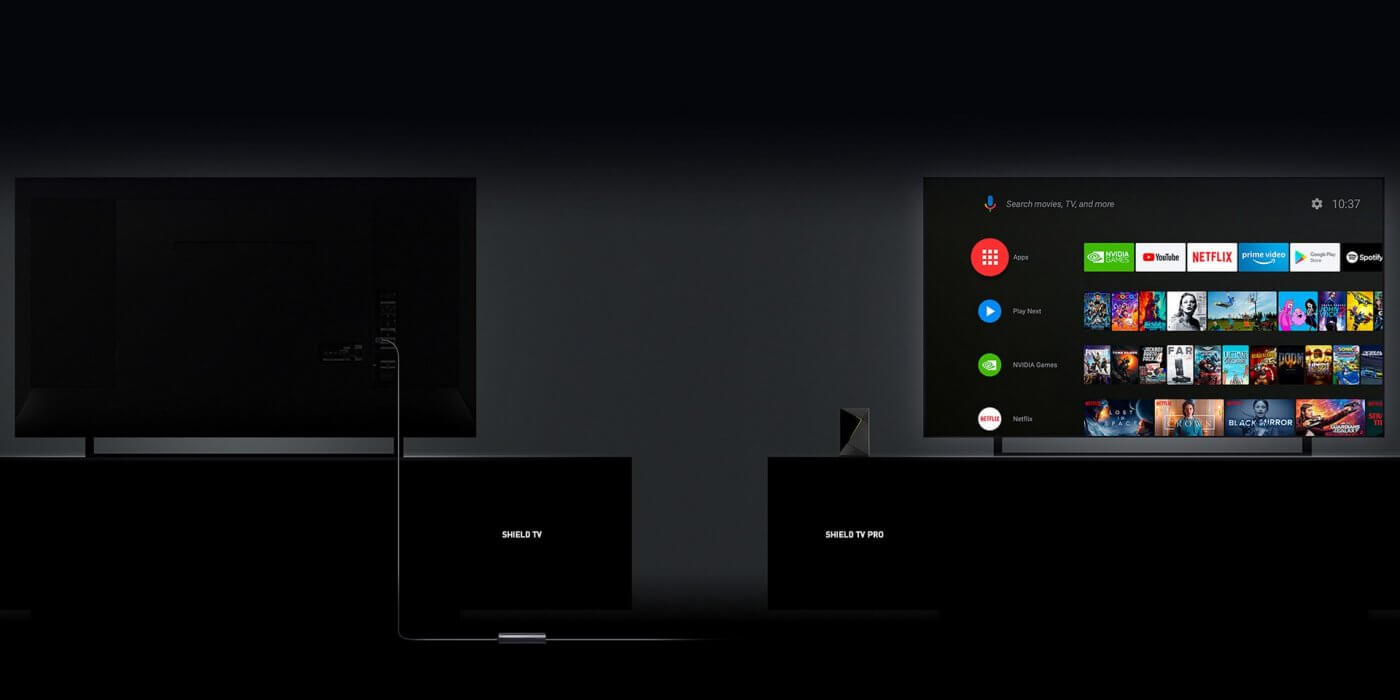 Nvidia has once again made sure it raised the threshold for media streaming by launching a new generation of its Shield TV, which offers unparalleled levels of home entertainment, games and AI capabilities right in your living room, starting at $150 for the standard version and $200 for the Pro variant.

The two new models offer exceptional visual and sound experiences. Their new Tegra X1 + processor, offers up to 25% more performance than their predecessor.

The standard version has Ethernet and HDMI ports, a microSD slot and as far as connectivity goes, it features dual-band 802.11ac Wi-Fi and Bluetooth 5.0 LE.

The new remote features motion sensins and backlight buttons as well as a programmable button, an integrated remote locator, a microphone for voice search and voice control. It is powered by two AAA batteries.

The TVs have Dolby Vision for crisp images and intense colors and Dolby Atmos for extraordinary sound while the Pro vision brings around 4K upscaling for standard content.

The Shield TV Pro also works as a PLEX media server and features 3GB RAm and 16GB of storage (the vanilla version comes with 2GB RAM and 8GB storage), two USB Type-C ports, an HDMI connector as well as a microSD slot.

Shield, as an Android TV device, provides access to over 500,000 movies and shows and more than 5,000 applications and games through Google Play. The Google Assistant allows users to quickly access entertainment, control smart devices and get voice responses on the screen. Shield also now supports “routines” – with just one command, Google’s Assistant will complete several tasks.

Both TVs are available in the United States, Canada and some European countries.