One Debris Piece At A Time: Clearing Our Space Junk - TechTheLead 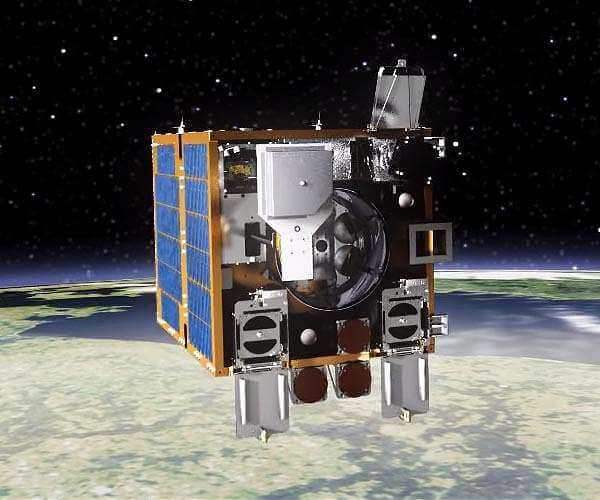 Many of you might not be aware of how much junk humanity has left behind since the start of the space age. To give you a rough idea: around 7,000 tonnes of artificial debris.

The debris contains discarded rocket stages  and other bits and bobs spacecraft have left behind, all of them rushing past at speeds of around 8km per second. For that reason alone, even very small pieces pose a threat to both satellites and space stations.

To deal with all that, a subsidiary of Airbus, the Surrey Satellite Technology Limited (SSTL) has deployed an experimental spacecraft in June, called RemoveDEBRIS.

It was released from the International Space Station and will carry out debris-removal technologies in the following nine months. It will test and carry out four separate debris removal experiments (ADR): capture net, vision-based navigation, a harpoon and a deorbiting drag sail (SSC).

The capture net experiment will be a small cubesat deployed by the main mission craft. It will be targeted by the net and captured from a distance of seven meters and then the two will deorbit and burn upon re-entry.

The vision-based navigation test will be relying on 2D cameras and 3D LIDAR technology. The spacecraft will track a cubesat and observe the rotation and momvement of the target. Meanwhile, the cubesat will also transmit its true position to the main spacecraft, thus allowing the VBN system’s performance to be measured.

Thanks to this, the University of Surrey Space Centre, who manages RemoveDEBRIS, will get data that will serve in the future development of orbital rendezvous techniques with space debris.

The cubesat’s trajectory will allow it to naturally deorbit once the VBN system tests are complete.

The tests will be carried out in September and October and they will be contributing to the United Nations’ Sustainable Development Goals.