What's All The Fuss About... LIDAR? - TechTheLead

In the world of autonomous vehicles, LIDAR frequently comes up. So, what are this technology’s strengths and why is it so interconnected with driverless cars? #automagic

First of all, look at the picture below. You can see it with the naked eye. On Waymo’s vehicle, it can be found on the car’s hood – it’s the object that looks like a rotating light beacon often seen on police cars: 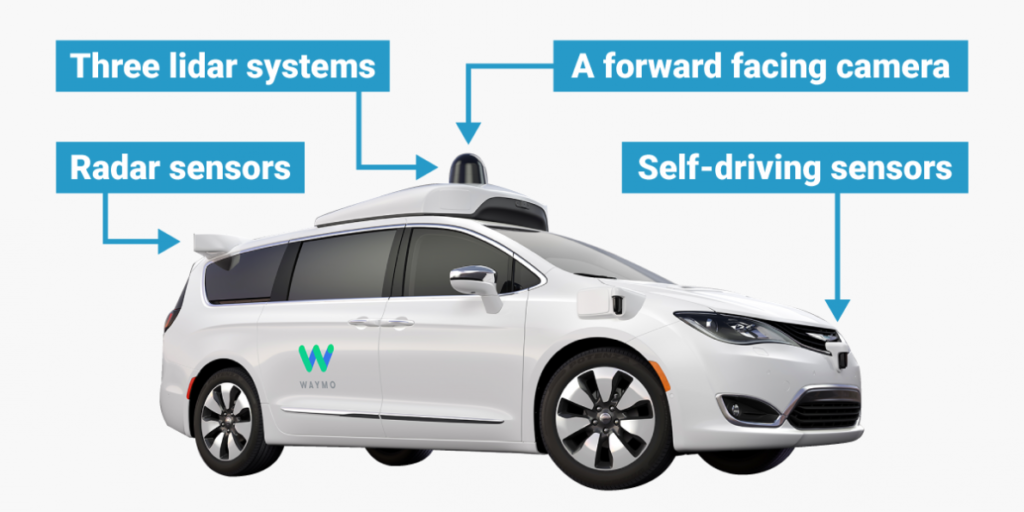 Not all LIDAR emitters look like that though; Waymo and General Motors have their own, in-house versions. The cheapest one on the market looks more like a puck, for example, comes from Velodyne and costs around $4,000.

So, what hides beneath that dome? A technology that’s very much alike radar, with the only difference that it sends pulses of near-infrared or green light. That means you won’t see them, but cars will. The beams of light will go and bounce back when they hit a surface; by doing so, they’ll effectively measure the distance to objects. This is done millions of times/second in order to finally create a point cloud, a type of 3D map of the environment in real time.

How does this help cars? It gives them the power of understanding by depth-sensing. The world around them is revealed; objects’ “behavior” can be anticipated which means vehicles can begin their learning journey on how to drive by themselves.

Can’t radar and cameras do all of that? Well, the first one can’t pick up all details necessary in such situations. Cameras can do that, but they are not advanced enough to see at great distances, which is crucial when vehicles are speeding on the highway.

Why aren’t car makers employing LIDAR overnight for their autonomous vehicles? Well, the tech is expensive – think about it, $4,000 is about 10% of what you’d invest in a good car. Plus, before going into production with such a fleet, they’d need to guarantee that the hardware’s life expectancy won’t disappoint. Meaning, that it could work flawlessly in any kind of road and weather conditions… something which is still very much a goal, not an achievement.