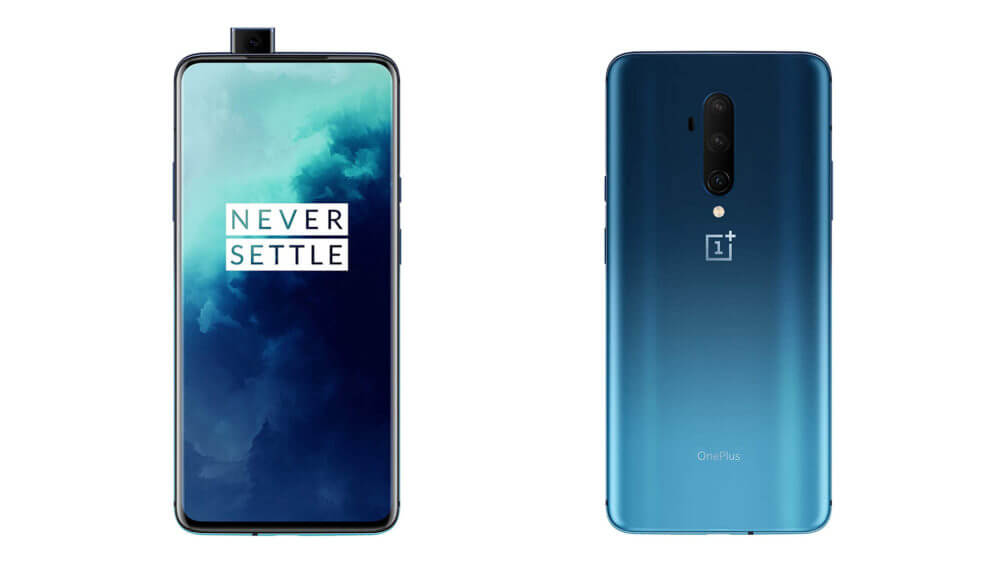 OnePlus is getting ready for a London unveiling event for its upcoming smartphone, the OnePlus 7T Pro and, while leaksters have been showing off the phone here and there, it’s Amazon the one who actually made the big reveal.

Amazon.ae seems to have accidentally put up a OnePlus 7T Pro product listing up on their website before the official unveiling. The listing, of course, brings along with it photos and all the information you would ever need to know about the smartphone.

To begin with, the device will come in a Haze Blue color scheme and a bit of a chin on the front but overall minimum bezels, details that line up with previous leaks.

The OnePlus 7T pro has a 6.67 inch OLED screen with a 90Hz refresh rate and a Snapdragon 855+ chipset under the hood. It comes with 8GB of RAM and 256GB worth of storage. 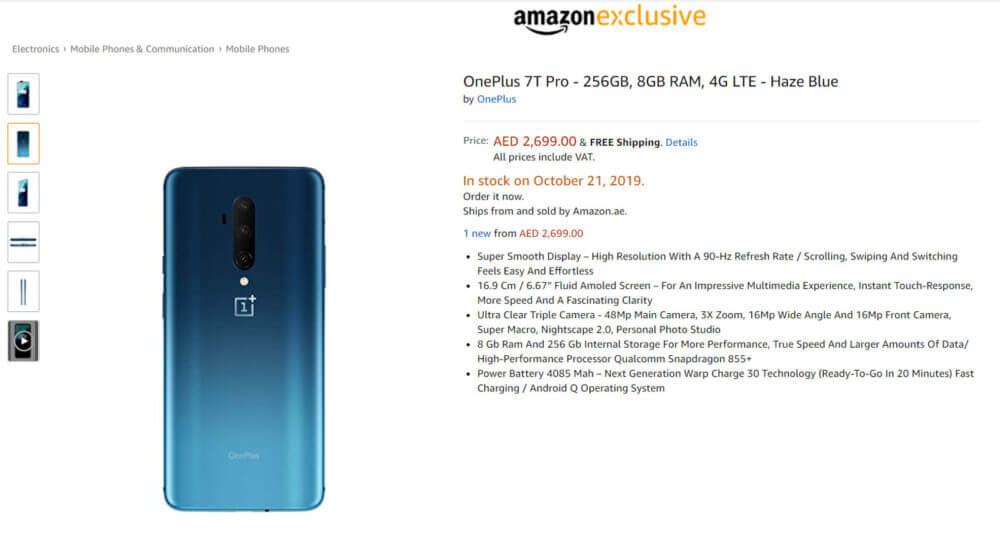 On the front, we’ll find a 16MP pop-up selfie camera while the back hosts a triple camera array made out of a 48MP primary sensor, a 16MP ultra-wide shooter and a 3x telephoto camera.

Other features include a 4,085mAh battery with Warp Charge 30 tech but unfortunately, no 3.5 headphone jack anywhere to be seen. The company gave up on that particular feature since the OnePlus 6T and it doesn’t seem like it plans to bring it back again any time soon.

The website placed the smartphone at 2,699 United Arab Emirates Dirhams, which roughly translates into $735. It will become available on October 21st but, of course, both the pricing and availability is set for the UAE, so these details might be different from other regions.

We’ll now have to wait and see, after this accidental leak, if the OnePlus 7T Pro will feature some surprises we haven’t already found out about.