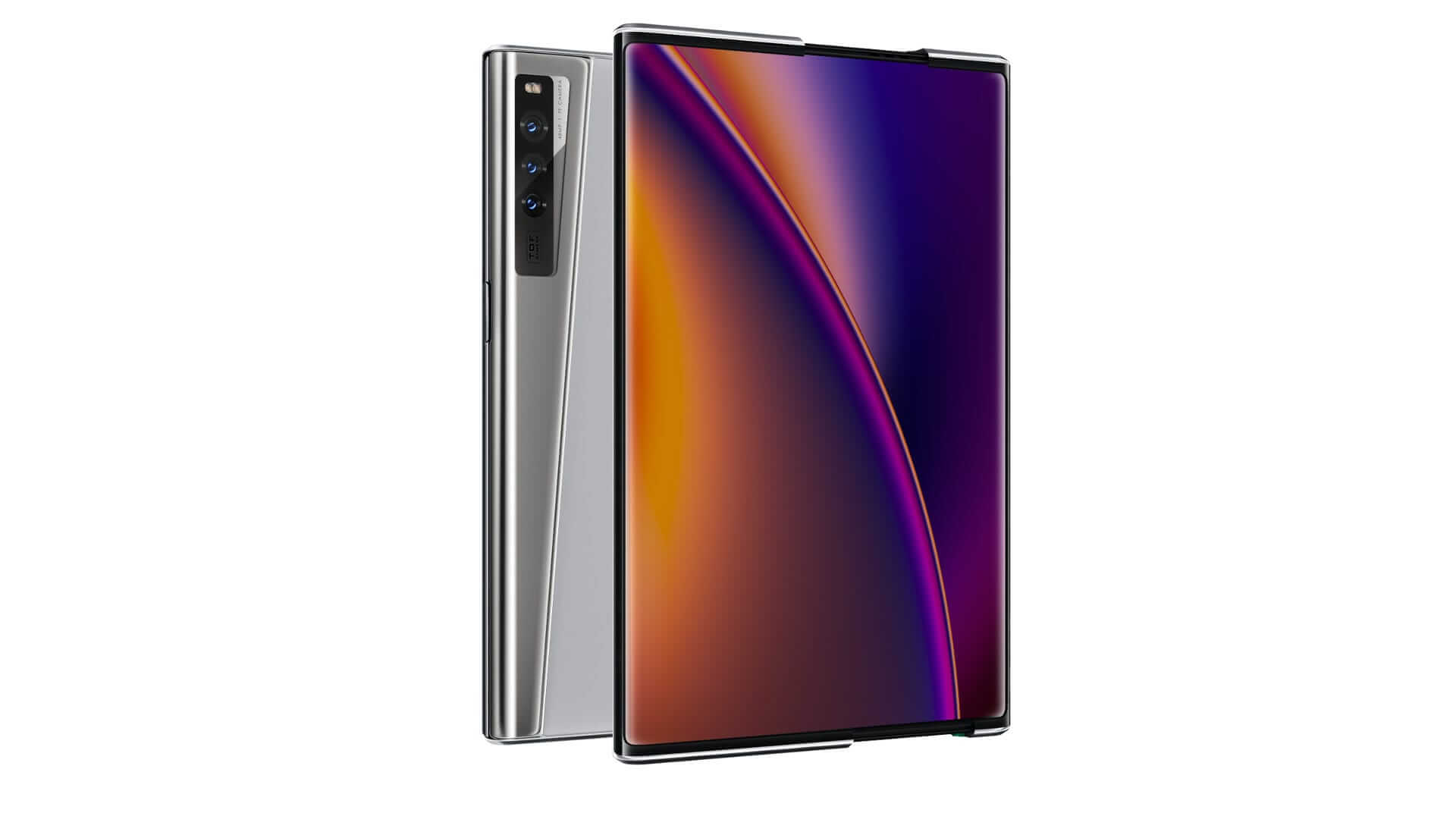 It looks like the foldable smartphone market is finally stable enough for companies like Oppo Realme and OnePlus to justify launching their own foldable devices soon. After all, Samsung proved to everyone that it can work, with a few tweaks here and there.

According to leakster Digital Chat Station, the first foldable device from Oppo will be called Find N 5G. The N series has been reserved for innovative products from the company and it might be that just the foldability of the device won’t be the only innovation here, but also the camera.

The leakster shared a couple of interesting posts on Weibo. The first of these was tagged as being sent by a mysterious device called the Oppo Find N 5G. 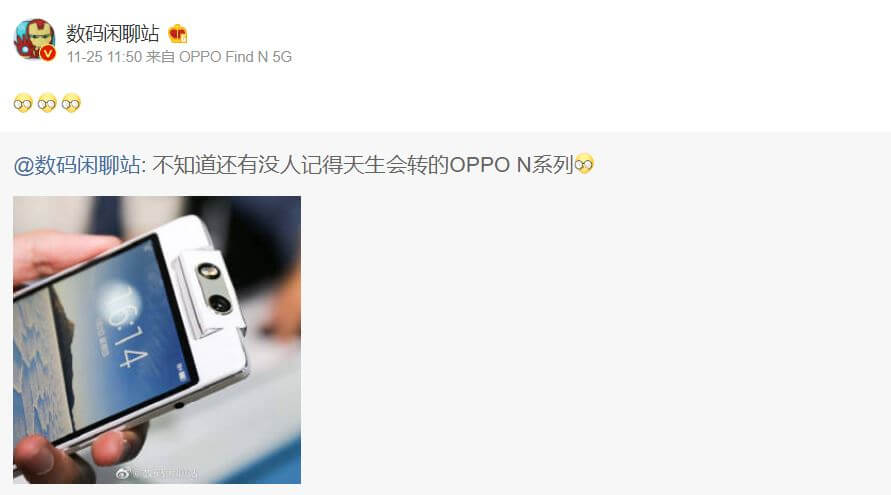 The post itself contains a reference to the long-forgotten Oppo N series of phones and a photo of what appears to be the Oppo N3 – a device from 2014/2015 that featured a rotating camera.
It’s worth mentioning that, in the past, some of Oppo’s foldable smartphone patent included a clamshell design as well as one that featured a pop-up camera.

The second post related to the mysterious Oppo Find N 5G seems to mention both a foldable display and a way to use the phone’s 50MP Sony IMX766 main sensor to snap selfies.
The post also includes a reference to the Xiaomi Mi 11 Ultra taking selfies with the main camera via a small display on the back.

Other sources state that the foldable display of the Oppo is a 7.8 to 8 inch OLED with 2K resolution and a 120Hz refresh rate. Rumors have it that the device is already in production, but such claims need to be taken with a grain of salt.

As far as the Huawei information goes, it verges on speculation for now: a company called Zhaoli Technologies has recently met with some investors and, during the meeting, it was revealed that the company has begun mass production of a new folding smartphone hinge for a large customer. Zhaoli Technology did not specify the name of this mysterious customer, but it’s widely agreed it’s Huawei.

Zhaoli Technology did mention that the new design is not complex at all, which means that we might see a foldable device, at long last, offered with a price tag that won’t break the bank.
Foldable smartphones for affordable prices? Yes please.

With these rumors in tow, we hope Oppo and/or Huawei will make an announcement soon. We’ll try not to get our hopes up just yet, but it’s still nice to consider more diversity on the foldable smartphone market.