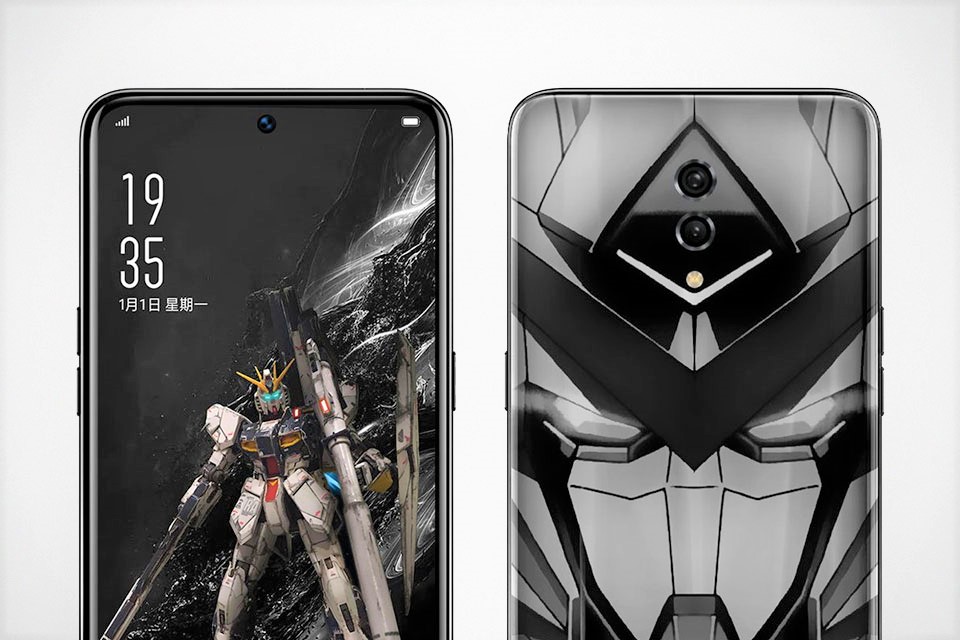 Oppo seems set on growing its collector editions nowadays: the Avengers Limited Edition smartphone was announced only last week and the company is already hot on its tracks with a Gundam-inspired device. Oppo announced the partnership on Weibo.

Judging from the two photos that have surfaced online thanks to leakster Ice Universe, the first thing we notice is that phone’s punch hole camera will be set right in the top middle of the screen, which is quite an unusual design choice.

We can also see that the smartphone will have a minimal-bezel design while the back panel will feature a Gundam robot’s face whose metallic plates neatly frame the dual camera setup.

There’s no physical fingerprint sensor anywhere in sight, so we can safely guess the phone will have an in-display reader instead.

We don’t know if the phone will arrive with any software tweaks and themes (the Avengers Endgame device did not), but all previous limited editions usually featured their own custom packaging and a few goodies like cases and collectible badges or pins.

Oppo did not release a launch date for now but we’ll most likely hear more about this edition in a couple of weeks.